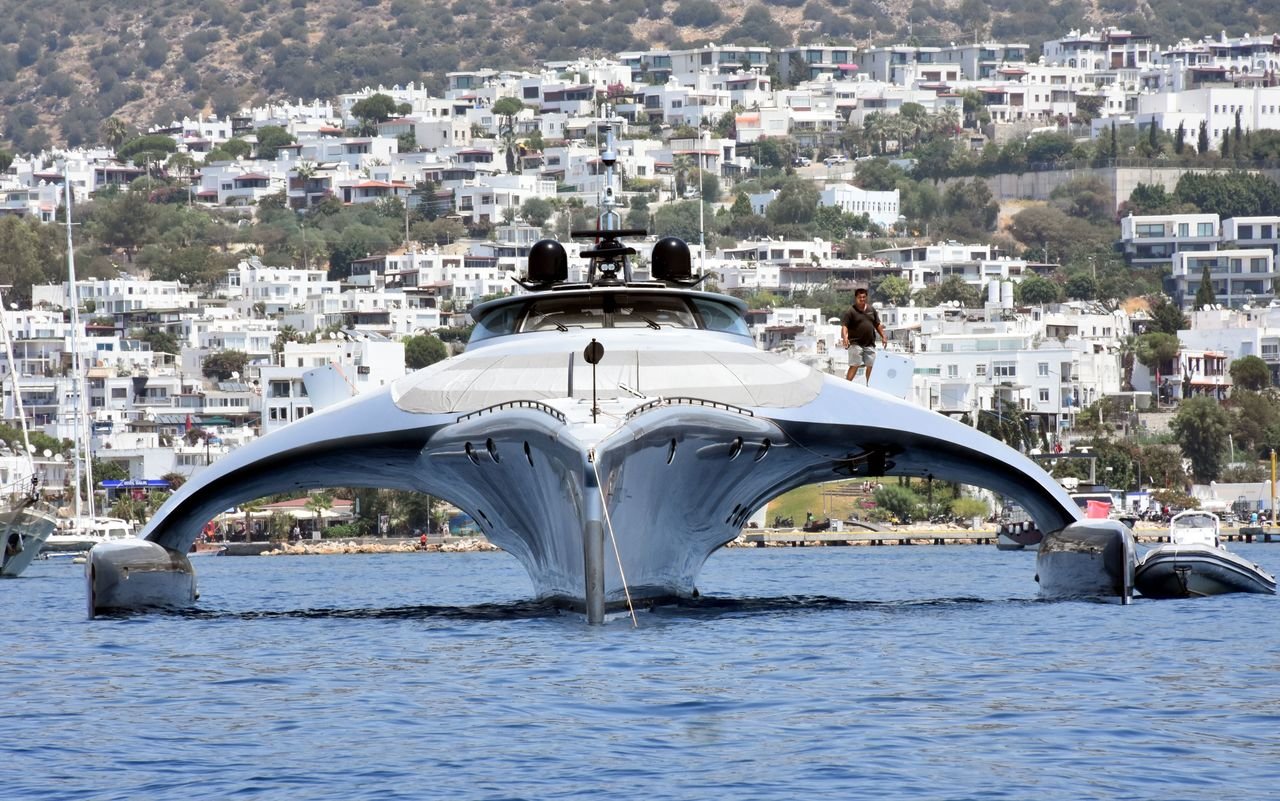 Billionaire Selling the ‘Starfighter’ of Superyachts

A 140-foot superyacht that recalls a “Star Wars” fighter jet as much as a watercraft has hit the market priced to sell.

Hong Kong-based shipping magnate Anthony Marden is selling his custom-made trimaran “Adastra,” which he’s spun around the world from Ibiza, Spain, to Bali, Indonesia, for the last seven years, according to a website he’s launched to market the superyacht.

While the site says only that the vessel is “priced to sell,” the billionaire businessman is reportedly asking $12 million, according to Robb Report.

“She’s a total head-turner,” Mr. Marden told the luxury-lifestyle news site in a story published on Thursday. “She’s pretty much the only boat anyone looks at. Everyone stops and takes a photo.” He could not immediately be reached for comment.

Marketed as “the coolest adventure yacht,” Adastra has room for nine passengers and six crew members, with two levels of living space, including an open main deck clad in lightweight oak, according to a brochure from China-based boatbuilder McConaghy.