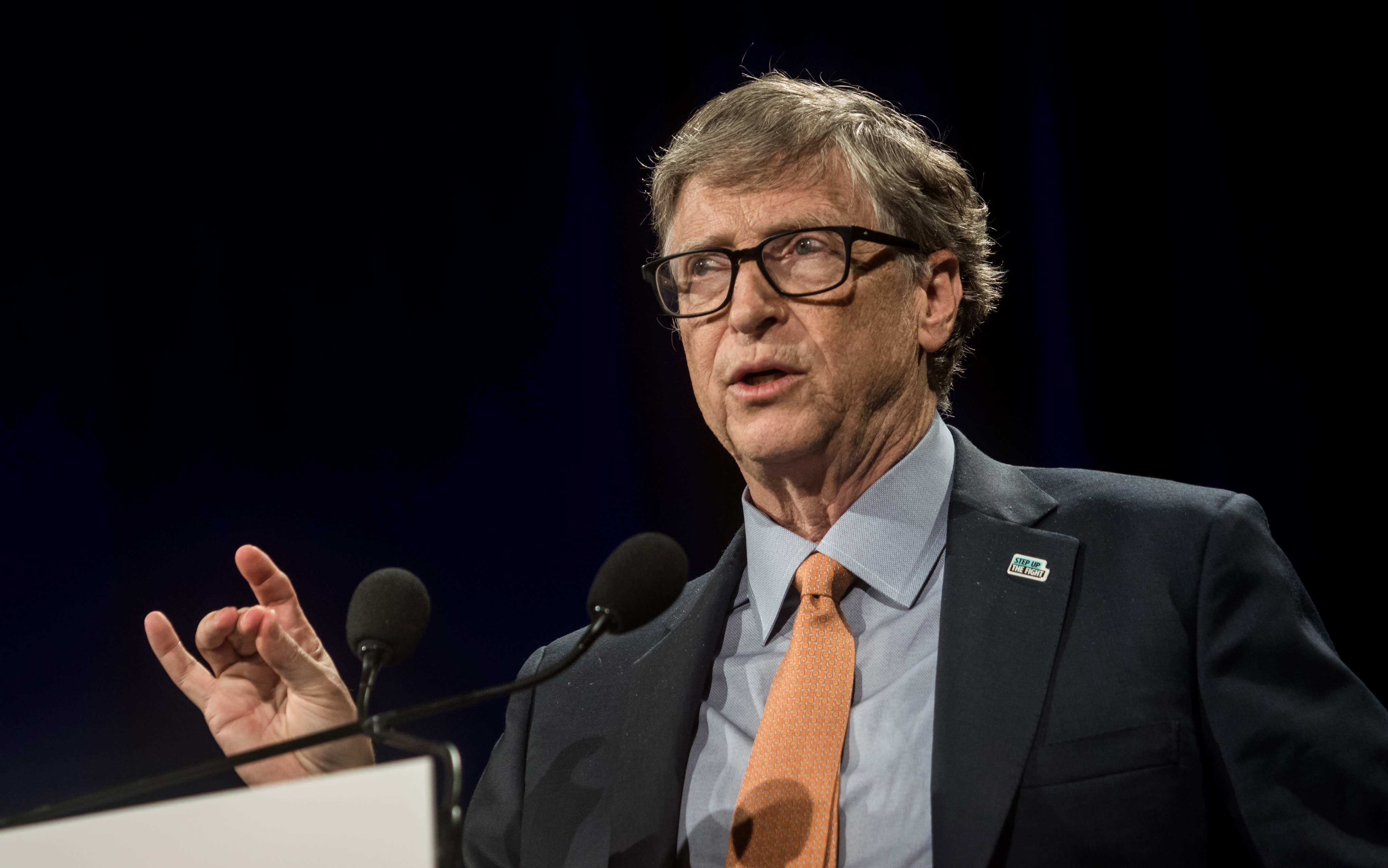 Bill Gates called the coronavirus pandemic a “nightmare scenario.” However, he predicted that the U.S. could see less than 100,000 to 240,000 deaths from COVID-19 before the outbreak is under control. Gates said if people continue practicing safe social distancing and remain in quarantine, cases should begin leveling off toward the end of this month. Gates predicted things won't "go back to truly normal until we have a vaccine that we've gotten out to basically the entire world."
The coronavirus pandemic is a “nightmare scenario,” but the death toll due to the disease may not be as high as some, including President Donald Trump, have predicted, according to Microsoft co-founder Bill Gates.

Trump last week predicted that the U.S. could see between 100,000 and 240,000 deaths from COVID-19 before the outbreak is under control, echoing forecasts from White House health advisor Anthony Fauci.

“If we do the social distancing properly, we should be able to get out of this with a death number well short of that,” Gates told Chris Wallace on Fox News Sunday. He said it’s “very important” those figures are out there so people understand the severity of the situation.

Gates, who resigned from Microsoft’s board last month to focus on his philanthropic efforts, said if people continue practicing safe social distancing and remain in quarantine, cases should begin leveling off toward the end of this month.

“This is a nightmare scenario because human-to-human transmittal respiratory viruses can grow exponentially,” he said. “And you know, if we had kept on going to work, traveling like we were, you know, that curve would never bend until you had the majority of the people infected and then a massive number seeking hospital care and lots of lots of deaths.”

Gates predicted things won’t “go back to truly normal until we have a vaccine that we’ve gotten out to basically the entire world.”

While the coronavirus pandemic is “super, super bad,” Gates said it’s not “the worst case.” He cited COVID-19′s low fatality rate compared to a disease like smallpox.

Gates said previously that the U.S. missed its chance to avoid mandated shutdowns because it didn’t act fast enough on the COVID-19 coronavirus pandemic.

In 2015, Gates warned that a disease more than a war was a threat to causing millions of deaths in the decades to come. Since then, he said only 5% of what should have been done was done to address a situation such as the coronavirus pandemic.

“It’s hard to put money into something where you don’t know if it’s going to happen,” he said. “I am sure after this, which is just such a gigantic impact, we will put that money in.”

In February, Gates said that the Bill & Melinda Gates Foundation would contribute up to $100 million to the global response to COVID-19.
Add Comment