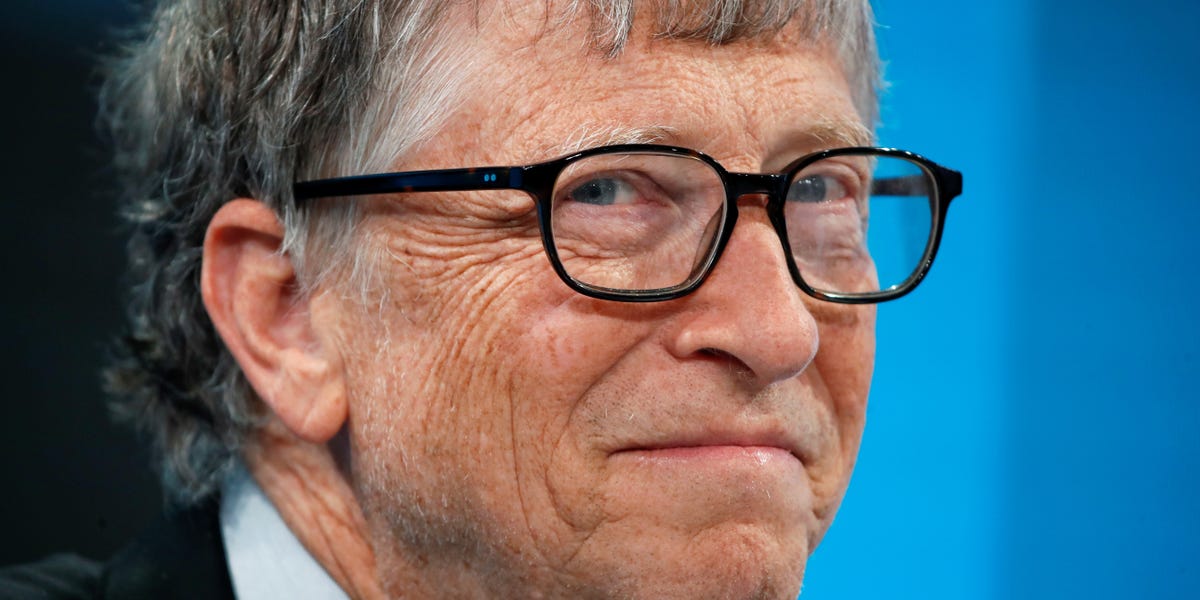 In an interview with WIRED published Friday, the billionaire Microsoft co-founder Bill Gates talked about the state of US coronavirus testing, vaccines, and Microsoft's potential TikTok deal. On Thursday, President Donald Trump issued an executive order that banned TikTok's parent company – ByteDance, which is a Chinese firm – from operating business in the US. Regarding Microsoft's potential acquisition of TikTok, Gates, who now serves as the company's technology advisor, compared the deal to "a poison chalice."
Microsoft cofounder Bill Gates described Microsoft's potential acquisition of TikTok as a "poison chalice" in an interview with WIRED published on Friday.

Gates, who now serves as the technology advisor of Microsoft after stepping down from the board of directors in March to focus on philanthropic efforts, shared his thoughts on coronavirus testing, vaccinations, and Microsoft's potential TikTok deal.

Gates noted that "being big in the social media business is no simple game," telling the publication that Microsoft making the industry more competitive is "probably a good thing."

When asked about President Donald Trump's demand that TikTok be sold to an American company, with the federal government taking a cut, Gates described the move as "strange."

"I agree that the principle this is proceeding on is singly strange. The cut thing, that's doubly strange. Anyway, Microsoft will have to deal with all of that," he said.

Gates also deflected when he was asked whether he was "wary" about Microsoft jumping into the social media "game."

"I mean, this may sound self-serving, but I think that the game being more competitive is probably a good thing. But having Trump kill off the only competitor, it's pretty bizarre," he said.

Trump and Secretary of State Mike Pompeo stated in July that the US was looking into a potential ban of the TikTok app. At the end of July, the New York Times reported Microsoft was in talks for acquiring TikTok.

In August, Microsoft officially confirmed it has been in talks to acquire TikTok's operations in the US, Canada, Australia, and New Zealand, and stated it will complete discussions by September 15th.

On Thursday, President Trump issued an executive order that banned TikTok's parent company ByteDance, a Chinese firm, from "any transaction by any person, or with respect to any property, subject to the jurisdiction of the United States." President Trump mentioned in the order that the popular app could "allow the Chinese Communist Party access to Americans' personal and proprietary information."

On Saturday, NPR reported that "a person who was directly involved in the forthcoming suit but was not authorized to speak for the company" stated that TikTok planned to sue the Trump administration as early as Tuesday.
#Donald Trump  #Coronavirus  #Bill Gates
Add Comment