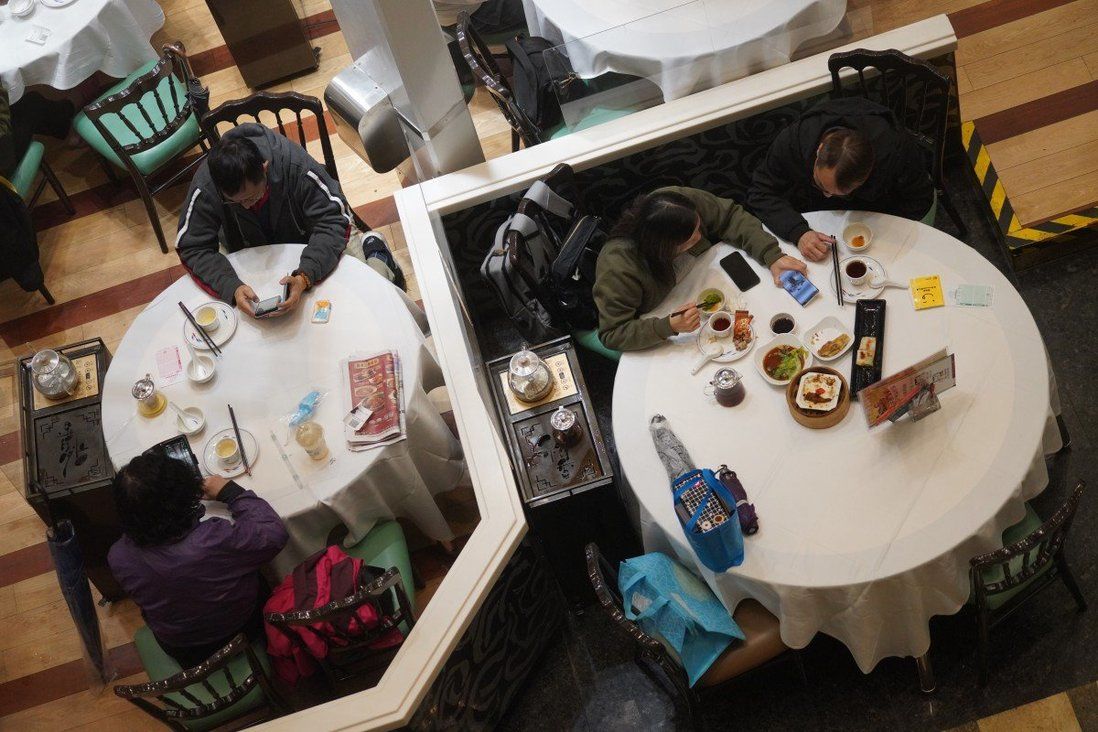 Special offer for vaccinated diners only, as battered sector pins hopes on better business over summer.

Thousands of Hong Kong restaurants are expected to offer discounts of 30 per cent from July 15, in a bid by the stricken catering sector to cash in on the government’s HK$36 billion (US$4.6 billion) consumption voucher scheme.

The offer is tied to the city’s vaccination drive, as only diners who have had their jabs will enjoy the discounts.

Executive councillor and lawmaker Tommy Cheung Yu-yan, who is coordinating the scheme as the representative of the food and beverage sector, hopes to convince as many of the city’s 16,000 restaurants as possible to take part.

“For restaurants, a 30 per cent discount is really a big offer and means they can’t make any profit,” he told the Post. “But we just hope to set the momentum to attract more patrons to return to the dining scene.”

The campaign, which will last until the end of August, will start with participating eateries offering the 30 per cent discount for groups of at least four people, hoping that will encourage more Hongkongers to eat out.

The drive coincides with the roll-out of the e-voucher scheme, which aims to boost local spending and help accelerate the city’s economic recovery amid the coronavirus pandemic.

About 1.55 million people signed up for the vouchers on Sunday, the opening day for applications. The number of residents attempting to register meant users of the iAMsmart government app waited over an hour to sign up and were told more than 320,000 people were in the queue at one point.

Cheung, explaining why only vaccinated diners would benefit from the restaurant campaign, said they wanted to help promote the city’s vaccination drive, “so we decided to set this condition for the offer”.

A similar attempt to boost business by the catering sector last year had to be abandoned when the city was hit by a third wave of Covid-19 infections.

Cheung hopes the industry can claim a major share of the HK$36 billion e-voucher scheme, generating at least HK$20 billion in revenue for restaurants.

Permanent residents and recent migrants from mainland China aged 18 and above who register will get e-vouchers of HK$5,000 each and start receiving the funds from August 1. They will have at least five months to spend the vouchers on transport, retail shopping and dining.

“This summer Hongkongers are still unable to travel overseas, so we expect they will spend a lot on dining,” Cheung said.

A list of participating restaurants will be made available online before July 15, with the Tourism Board and Hong Kong and China Gas Company helping in the promotion.

Ray Chui Man-wai, chairman of the Institute of Dining Art, said he had urged the catering industry group’s 5,000 member outlets to join the campaign.

“We hope to lure more people to come out and spend, and build up a spending momentum,” he said.

Chui, who is chairman of Kam Kee Holdings, which runs about 36 restaurants, said his eateries would back the scheme by offering 30 per cent off the prices of set menus for four or six vaccinated diners.

“We’ve prepared various discounted combo menus for vaccinated diners,” he said. “We expect the combined effect of our discounts and the voucher scheme to generate an extra income of 10 per cent to 20 per cent.

“As the number of vaccinated people has been rising, we are confident to win more business with our special offer.”

As of Saturday, about 31.2 per cent of the city’s 7.5 million residents had received at least one vaccine shot, and 20.8 per cent had both doses.

Simon Wong Kit-lung, chairman of the Quality Tourism Services Association, said it was encouraging restaurants to join the campaign and he heard that about 2,000 had already done so.

However, his own LH Group, which runs 39 eateries, is not taking part as it does not want the hassle of checking diners’ vaccination records.

Many restaurants have been grappling with the requirements of the various categories of a vaccine bubble scheme introduced in April, allowing them to accept more customers and offer longer dine-in services depending on the vaccination status of patrons and staff.

Wong, an executive director of the catering management firm, said: “My group has chosen to sponsor cash coupons for a vaccination lucky draw by the Hong Kong General Chamber of Commerce, so we have decided to opt out of this discount offer.”

Hong Kong has been hit by four waves of Covid-19, leaving businesses reeling from multiple rounds of social-distancing measures to contain the coronavirus.

Restaurant receipts were HK$19.7 billion (US$2.5 billion) for January to March this year, according to government data, down 8.8 per cent compared with HK$21.6 billion in the same period of 2020, when the coronavirus started to ravage the city.

But the catering sector has shown signs of revival amid the easing of social-distancing rules.

The city’s gross domestic product also showed a significant improvement with a 7.9 per cent year-on-year surge in the first quarter. The HK$36 billion voucher scheme is estimated to help boost the economy by 0.7 per cent.