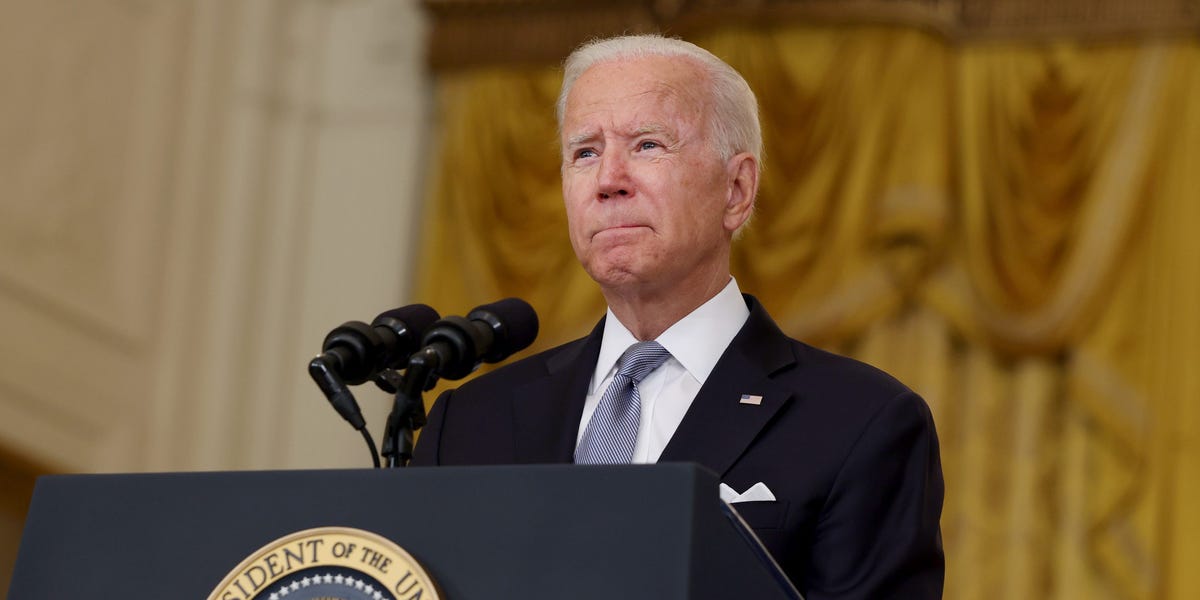 "The idea that somehow, there's a way to have gotten out without chaos ensuing, I don't know how that happens," Biden told ABC News.

President Joe Biden in a new interview on Wednesday continued to defend his administration's handling of the Afghanistan pullout amid a humanitarian crisis to evacuate fleeing people.

Speaking to ABC News' George Stephanopoulos, Biden rejected the criticism that the US's military withdrawal has been bungled after the Taliban seized control of the country over the weekend.

Biden's comments come as he faces immense public backlash over the US's exit strategy. Congressional Republicans and Democrats alike have expressed frustration over the Taliban's takeover of Afghanistan and have slammed the Biden administration. Lawmakers have also called for an investigation into the situation to better understand what went wrong and why the US had not been more prepared for the Afghan-government collapse.

Critics began sounding off on Biden soon after the Taliban took control of the Afghan capital on Sunday. Photos and videos showed Afghans scrambling to leave the country and packing into cargo planes. Some footage showed Afghans clinging to and falling from a moving plane at the Kabul airport.

Stephanopoulos pressed Biden on the scenes, saying: "We've all seen the pictures. We've seen those hundreds of people packed in a C-17. We've seen Afghans falling."

Biden interjected and claimed "that was four days ago, five days ago," although the photos were actually taken on Sunday and Monday.

Biden told Stephanopoulos that they will try to get US troops out of Afghanistan by the August 31 deadline, but will stay past that until all Americans leave the country.

Biden first defended his Afghanistan strategy in a speech on Monday. He acknowledged the "gut-wrenching" scenes coming out of Kabul and said the US will continue to transport American citizens and Afghan refugees out of the country.

The president has also come under attack for not evacuating Afghan refugees sooner, considering the threat of the Taliban. But Biden stood by that position on Monday and said the Afghan government discouraged a "mass exodus," which would trigger a "crisis of confidence" in country's government. The collapse of that government Sunday triggered chaos as thousands of people tried to flee.