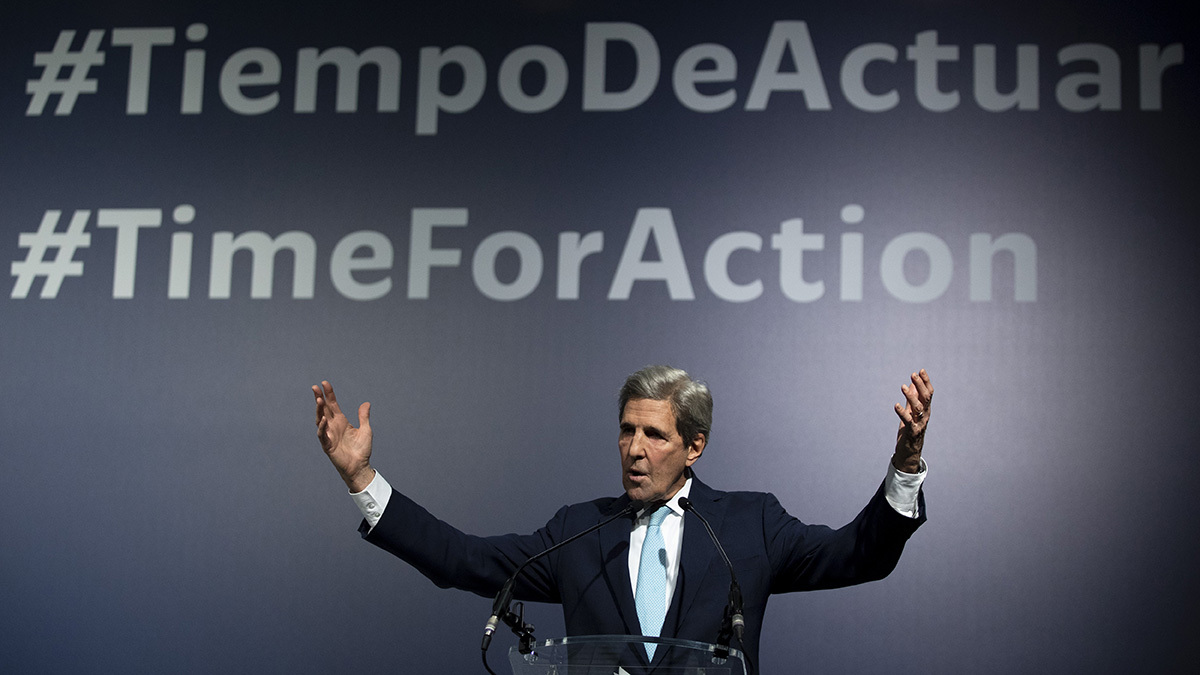 President-Elect Joe Biden’s appointment of John Kerry to a newly created climate envoy position shows that he is committed to returning the United States to its status as a global leader on climate change.

What does President-Elect Joe Biden’s creation of a climate envoy position say about his approach to climate change?

Biden has sent three powerful signals to the world in creating the climate envoy position on the National Security Council (NSC), the president’s principal forum for considering national security and foreign policy matters.

First, the move shows that the United States is back in the game internationally when it comes to combating climate change. Second, it demonstrates the Biden administration’s intent to have the United States reassume the mantle of global leadership on climate, while also solidifying U.S. commitment to climate diplomacy. Third, it indicates that the U.S. government will treat climate change not only as an environmental challenge but also as a mounting threat to national security.

What does John Kerry bring to the table?

As former secretary of state and senator, John Kerry brings an extraordinary depth of experience to his new position. In 2009, when he assumed the gavel of the U.S. Senate Committee on Foreign Relations, he chose climate change as the focus of the first hearing he convened. As secretary of state, he was lead negotiator in 2015 for the historic Paris Agreement on reducing global emissions.

Kerry also negotiated the Kigali Amendment to the Montreal Protocol aimed at phasing out the production and use of hydrofluorocarbons, a potent global-warming agent with one thousand times the heat-trapping capacity of carbon dioxide. As chair of the Arctic Council, Kerry steered the focus of the eight-nation consortium toward climate change mitigation and adaptation in addition to Arctic Ocean security and stewardship.

Kerry’s previous successes provide a platform upon which he can build to galvanize international action. His stature, name recognition, and track record give him instant credibility among world leaders.

What will the climate envoy do?

Given that this is the first time a climate envoy will sit on the NSC, Kerry will have latitude to define the role. At a minimum, the climate envoy will have a voice in the president’s most important decisions about foreign affairs and national security. Kerry will be able to ensure that the impacts of climate change and the need to reduce emissions factor into those decisions in a meaningful way.

Whether faced with widespread flooding in Indonesia, unprecedented heat events in India, or unchecked migration to the United States from Central America, the climate envoy can help inform the administration’s responses over the next four years and set the nation on a course to effectively handle the long-term consequences of a changing climate.Most immediately, Kerry will guide the nation’s reentry into the Paris Agreement.

He will aim to reopen dialogues—on a bilateral and multilateral basis—about climate change, seeking ways to reinforce international cooperation and bolster commitments for both mitigation and adaptation. He will likely press the new administration to honor the United States’ pledge to the UN Green Climate Fund designed to help the poorest nations deal with climate change.

Kerry has already called for countries to use the United Nations’ 2021 climate conference as a forum for heightening collective ambitions to establish more aggressive emissions reduction targets. Strengthening alliances to address the accelerating crisis, as well as finding ways to push China to promote cleaner energy, especially in countries that are participating in its Belt and Road Initiative, will undoubtedly also be high on the agenda.

What challenges will the climate envoy face?

If Republicans continue to hold a majority in the Senate, they could disrupt the Biden administration’s efforts to meet the goals of the Paris Agreement given their historic antipathy to climate action, including the regulation of fossil fuel emissions. Additionally, some environmental organizations have criticized Kerry for past policies under the Barack Obama administration that they perceived as insufficient for solving the global climate crisis. He will face questions about the Biden administration’s climate mitigation strategies, including its stance on natural gas production and fracking.

Kerry will also assume the challenging task of restoring U.S. credibility internationally after years of backtracking, withdrawals, and outright denialism from the executive branch dashed confidence in the United States’ commitments to its allies. The past four years will prompt skepticism as the incoming administration attempts to reassert U.S. leadership and inspire more ambitious action on climate change.