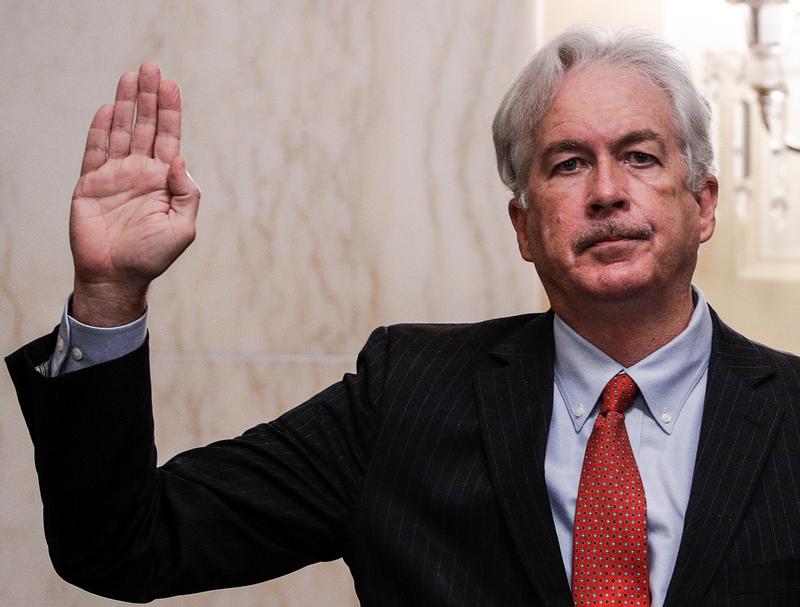 President Joe Biden’s nominee to be director of the CIA, William Burns, told a Senate committee on Wednesday that he saw competition with China - and countering its “adversarial, predatory” leadership - as the key to U.S. national security.

Burns, 64, a former career diplomat during both Democratic and Republican administrations, is expected to easily win confirmation to be director of the Central Intelligence Agency. Burns has already been confirmed by the Senate five times for his stints as ambassador to Jordan and Russia and three senior State Department positions.

The Senate Intelligence Committee will likely vote on his confirmation late next week or the week after, to allow time for members to send more questions, a congressional official said.

Testifying to the committee, Burns outlined his four top priorities - “people, partnerships, China and technology” - if he is confirmed.

He called China “a formidable, authoritarian adversary,” that is strengthening its ability to steal intellectual property, repress its people, expand its reach and build influence within the United States.

During questioning, Burns said that if he were a U.S. college or university president, he would recommend shutting down Confucius Institutes - Beijing-funded campus cultural centers that many members of Congress see as propaganda tools.

Burns was introduced at the hearing by bipartisan foreign policy heavyweights - former Secretary of State James Baker and former CIA director and Secretary of Defense Leon Panetta. He would be the first career diplomat to lead the agency.

Competition with China is a top priority for the Biden administration - and for members of Congress, who want a tough line toward Beijing. Avril Haines, Biden’s Director of National Intelligence, also called for an “aggressive stance” toward the threat from China at her hearing last month.

Russian aggression also is a constant concern, especially its involvement in U.S. elections and the recent SolarWinds hack that penetrated government agencies and that U.S. officials have blamed on Russian hackers.

Burns said the Biden administration would soon produce an assessment of Russia-related issues, including the SolarWinds hack.

Burns helped lead secret talks with Iran in 2013 that helped pave the way for the international nuclear deal, which was opposed by Republicans. He told the hearing that Iran must not be allowed to have a nuclear weapon.

The Biden administration offered last week to sit down with the Iranians and other parties to the 2015 pact to see if there is a way to return to the agreement, after former Republican President Donald Trump withdrew in 2018.

Burns’ arrival at the CIA would come after a difficult four years under Trump, who frequently disregarded spy agencies’ findings, especially the determination that Russia interfered in the 2016 election to boost his chances of winning the White House.

“I would like to hear how you plan to reinforce the credo that – no matter the political pressure, no matter what – CIA’s officers will always do the right thing and speak truth to power,” Warner said.

Biden has been able to get most of his national security team into place with support from many Senate Republicans as well as Democrats. Haines, Secretary of State Antony Blinken and Secretary of Defense Lloyd Austin all easily won confirmation.