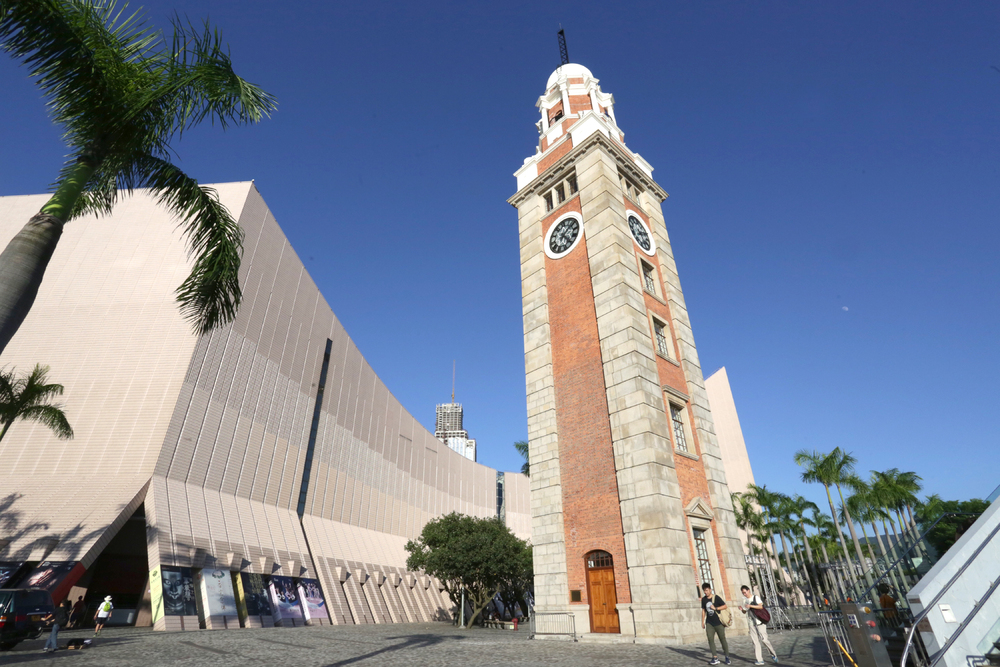 Bell back with a bang for TST landmark's centenary

The Hong Kong Clock Tower in Tsim Sha Tsui is poised to ring the bell again after 71 years. To celebrate the centenary of the bell, the Leisure and Cultural Services Department will arrange to have it chime again at 6pm next Thursday.
The ceremony will be livestreamed on the "Centenary of the Bell" Facebook page - which was created by the department in celebration of the bell's 100th anniversary - and the "LCSD Plusss" Facebook page.

The first peal was heard in March 1921, which also marked when the clock tower first began operating, as part of the former Kowloon-Canton Railway Kowloon Terminus.

But the bell stopped ringing in 1950 as the clocks and chime had gone out of synchronization due to the installation of four motors - one for each clock.

The bell now sits at the bottom of the tower, on some railroad ties that support it.

Looking in through the tower's windows, a bronze hour bell can be seen perched on some railroad ties underneath the tower.

Apart from ringing the centennial chime, the Hong Kong Cultural Centre is also launching a series of activities to showcase the history, architecture, culture and technical features of the clock tower, with support from the manufacturer of the bell, John Taylor & Co, academics and the authorities.

The Hong Kong Cultural Centre collaborated with the Antiquities and Monuments Office and the City Gallery under the Observatory to organize a Clock Tower Paper Model Workshop from December 18-19.

Curators from the office and scientific officers from the observatory will share the interesting history and science behind the clock tower. Visitors will also have the chance to create their own paper models of the tower.

There will be four sessions available, with a quota of 20 participants per session.

Those interested can begin registering online for the 90-minute workshop from noon today on a first come, first serve basis.

An exhibition on the centenary of the bell will be held at the foyer exhibition area at the Cultural Centre until December 24.

Built with red bricks and granite in the Edwardian Classical Revival style, the 44-meter high clock tower was surmounted by a seven-meter-tall lightning rod.

The upper part of the tower is an octagonal domed belfry built of red brickwork, which contrasts with the white-painted classical features of the scroll-shaped buttresses, columns and cornices. It was declared a monument in 1990.

The bell had been announcing the time through its distinctive chime since March 1921, six years after the tower was built in 1915.

It was dismantled from the tower in 1976, then displayed at the concourse of Hung Hom station before being moved to Sha Tin station in 1984.

It was further moved to the Kowloon-Canton Railway Corporation House in Fo Tan in 1995.

In 2010, the bell was donated to the government in celebration of the centenary of Hong Kong railway services.
#Facebook
Add Comment