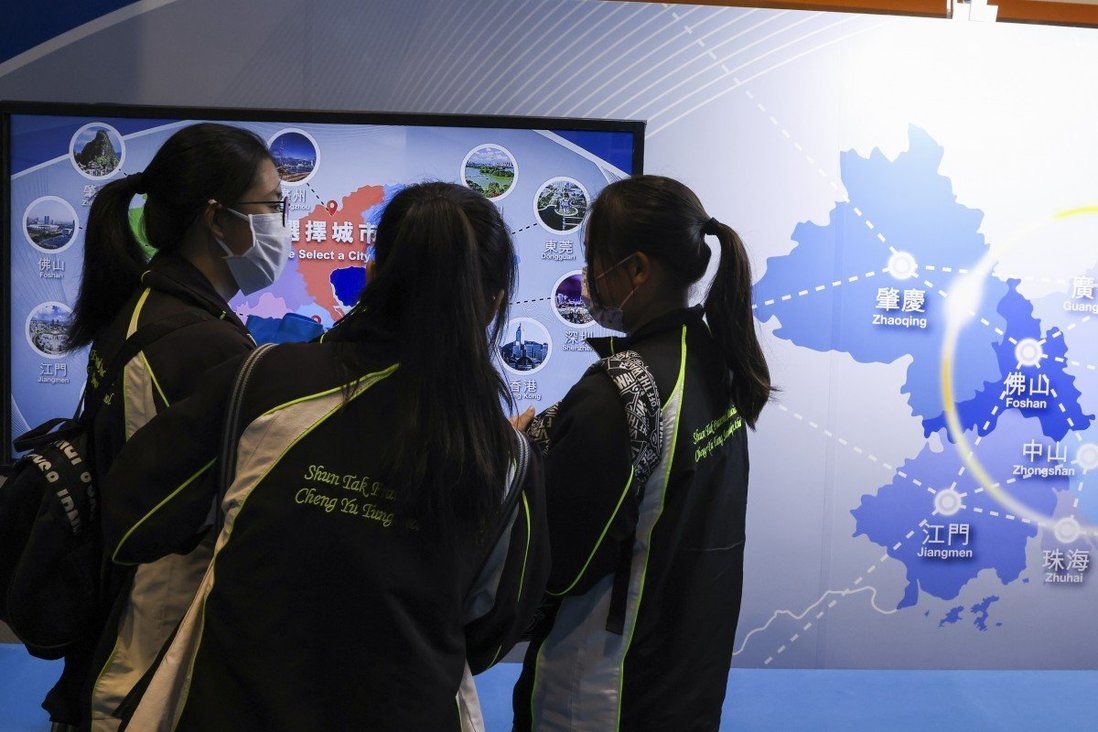 The measures were revealed on National Day in an advisory paper compiled by various departments, including State Council’s Hong Kong and Macau Affairs Office.
Beijing has unveiled more measures allowing young Hongkongers to take advantage of the Greater Bay Area, providing entrepreneurship training and permitting them to join support programmes in poor villages.

The measures were revealed on National Day in an advisory paper compiled by the relevant departments, including the State Council’s Hong Kong and Macau Affairs Office.

The paper said the initiatives aimed to “further perfect” support structures and convenient measures for young people to take up jobs in the bay area, the central government’s ambitious project to integrate Hong Kong, Macau, Shenzhen and eight other cities in Guangdong province into an economic powerhouse.

Assistance will come in four key areas, including allowing the city’s youth to join the “three support, one help” scheme, which is centred on sending university graduates into villages to tackle poverty. The programme offers educational, farming and medical support to help the poor.

The second key area is to encourage entrepreneurship and innovation by providing a “one-stop” service, tax breaks and venue support.

Other support measures include raising employability through skills training, providing training subsidies, and perfecting employment services such as job matching for the unemployed.

Last month, the central government announced it would support at least 120 Hong Kong and Macau entrepreneurial projects, offering nearly 60,000 job, exchange and internship opportunities for young people from the two cities in the next five years.

The raft of measures, unveiled by officials at a webinar organised by the All-China Youth Federation in Hong Kong, also grants university students in the city access to national scholarships and allows them to enter a series of high-profile technology and innovation contests held in mainland China.

Separately, Guangdong authorities also announced last month the creation of a new organisation, dedicated hotline and information handbook to support young people from Hong Kong and Macau who are based in the nine mainland cities that are part of the bay area project.
Add Comment