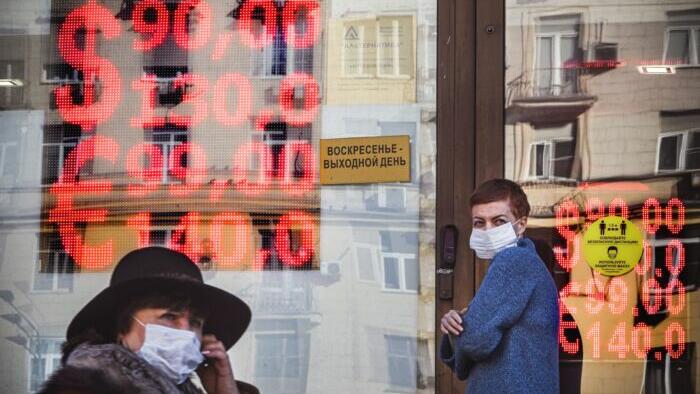 China’s ambassador to Russia has called on Chinese business-people in Moscow to expand their enterprises by leveraging the Ukraine crisis as severe international sanctions have crippled Russia’s economy in the wake of the invasion.
Ambassador Zhang Hanhui urged Chinese businessmen in Moscow to make good use of the current Russia–Ukraine war as he met with representatives earlier this week. According to a March 21 social media post by the Russian Confucius Culture Promotion Association, the ambassador told business heads to waste no time and “fill the void” in the Russian economy.

“The current international situation is complex. Big enterprises are facing great challenges or even disruptions in payment and supply chains,” he said at the meeting, according to the post.

The conference summary made no mention of the Western sanctions, yet Zhang said it was the right time for the private, small-, and medium-sized enterprises to make a difference.

In response to a question about the ambassador’s remarks, Chinese Foreign Ministry spokesman Wang Wenbin said during a daily briefing in Beijing on March 22 that the two sides have long been in “normal economic and trade cooperation,” without mentioning the meeting in Moscow.

In a bid to force an end to the Ukraine crisis, the West has pushed to isolate Russia from the global economic and financial system, including cutting off a number of Russian banks from SWIFT, the main international payment system. Yet concerns remain that China would aid the sanction-slammed Russian economy.

Despite seeking to portray a neutral stance amid the conflict between Russia and the West, Beijing is widely viewed as tacitly supporting Moscow and has vowed to trade with Russia as normal. Russian banks have switched to China’s state-owned UnionPay as an alternative to Visa and Mastercard, which announced their suspension of credit card services to Russian banks in early March.

“Even though China’s government probably wishes to assist Russia, it cannot shield its companies from the potentially crippling punishments for violating sanctions,” the analysts wrote.

“Most large institutions in China are not willing to take the risk of falling afoul of U.S. sanctions,” Martin Chorzempa, a research fellow at the Washington-based think tank Peterson Institute for International Economics, told The Washington Post. “And so any sanction busting is likely to be done by smaller institutions that have less to lose.”

Officials at the Chinese Embassy in Moscow and the Russia Confucius Culture Promotion Association didn’t respond by press time to a request by The Epoch Times for comment.

The United States and many European Union countries have imposed unprecedented sanctions on Russia, including a ban on Russian oil and gas by Washington, which could further boost Russian energy giants’ presence in China. Beijing also announced a lifting of import restrictions on Russian wheat, just hours after Moscow launched the war in Ukraine on Feb. 24.

In a two-hour video call with Chinese leader Xi Jinping on March 18, U.S. President Joe Biden warned Beijing of unspecified “implications and consequences” if it were to provide material support to Russia.

“It’s just not possible,” she said. “We’ve also seen China abide by the sanctions that have been put in place.”
#Joe Biden
Add Comment