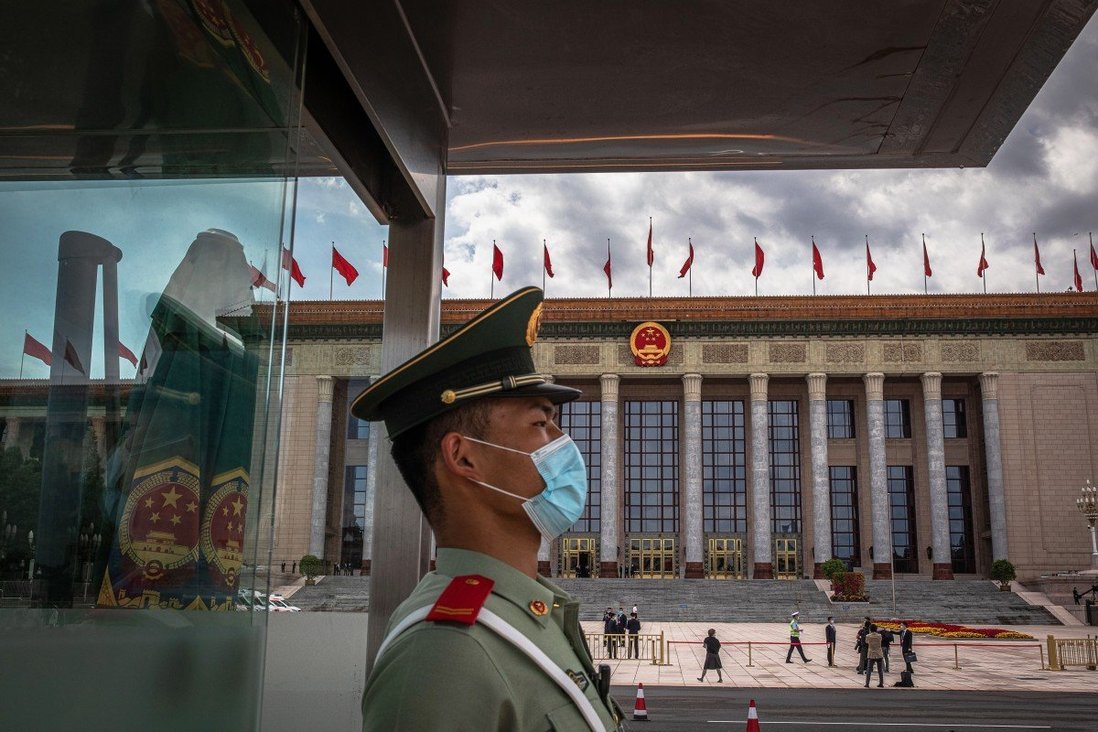 Beijing is mulling a drastic overhaul of the Election Committee that chooses Hong Kong’s chief executive by scrapping all 117 seats likely to be controlled by opposition district councillors to quash their influence in the 2022 leadership race, the Post has learned.

As part of sweeping proposals that sources said were meant to disempower the district councillors – many of whom were protesters and activists who won their seats riding on a wave of public discontent in last year’s elections – the city’s pro-establishment members were also lobbying Beijing to get rid of five so-called super seats from the local electoral map. Again, the intent was to erode the relevance of the opposition councillors, the insiders said. 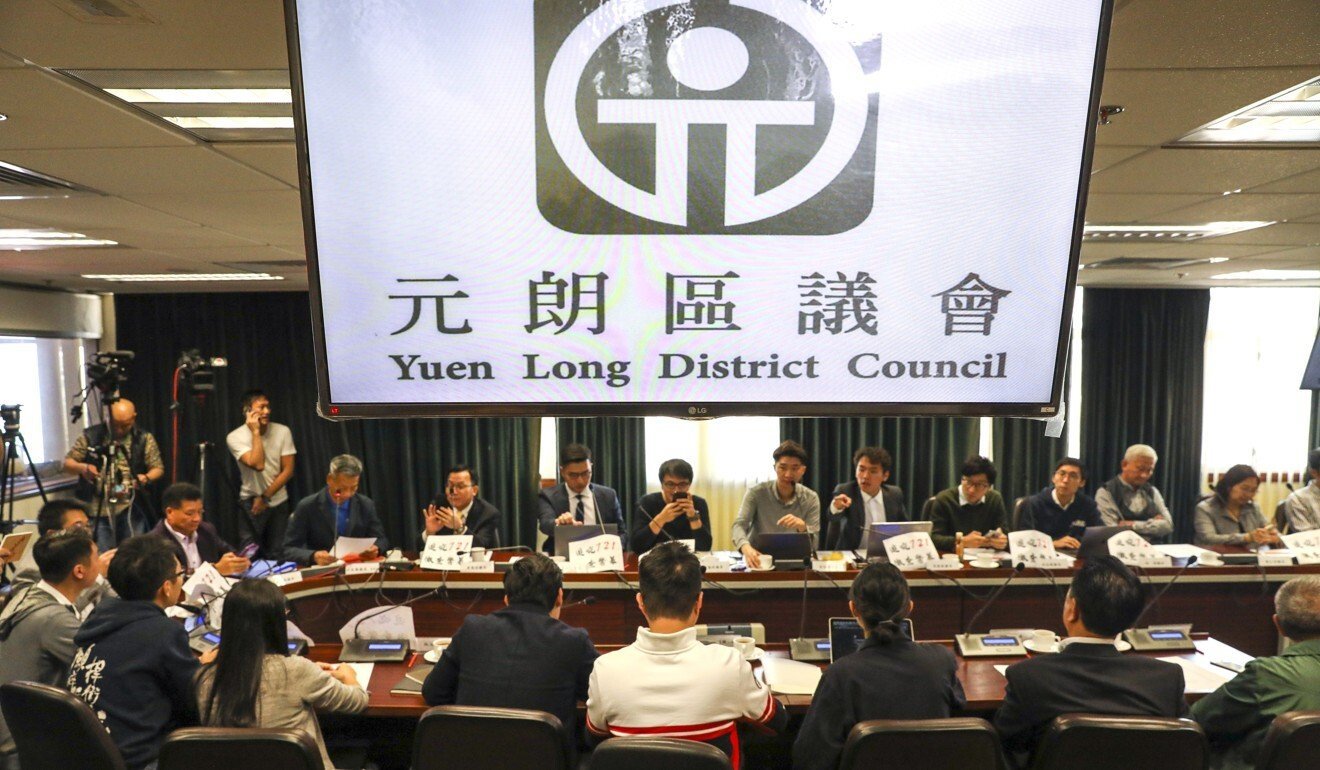 Sources said the proposals could be placed on the agenda of a meeting of China’s top legislative body, the Standing Committee of the National People’s Congress (NPC), which was scheduled to run from Tuesday to Saturday. The measures – if endorsed – would be further scrutinised at the NPC’s next plenary session, which is due to kick off on March 5 next year. The plenary session this year was postponed until May due to the coronavirus pandemic.

The move to tighten control of the 1,200-member Election Committee would come at a time of the opposition’s increasing influence after last year’s social unrest sparked by a now-withdrawn extradition bill. The committee comprises business elites, professionals, social and religious leaders, the city’s 70 lawmakers, delegates to the NPC and members of the Chinese People’s Political Consultative Conference (CPPCC), as well as a total of 117 seats to be elected by district councillors from among their members.

After months of anti-government protests, opposition activists garnered 392 out of 452 seats during the 2019 district council elections, seen as a harbinger of the camp’s strengthening prospects for the Legislative Council polls. The latter was due to be held in September but was postponed by the government, citing the pandemic.

The opposition camp is in disarray after announcing last month it was withdrawing from Legco in protest after Beijing issued a resolution on the removal of lawmakers found to have violated their duty of allegiance or endangered national security, leading to four legislators being immediately unseated.

The camp occupies more than 300 seats on the Election Committee, but with members’ massive victory in the district council polls likely to translate into a clean sweep of the 117 district council seats, they could have a powerful, kingmaker role in a two- or three-horse chief executive race, potentially controlling a quarter of the votes.

Other sources told the Post that one option for replacing the district councillors could be representatives from other sectors. At least one mainland source said that while all 36 NPC delegates sit on the Election Committee, only 51 representatives of about 200 Hong Kong members of the CPPCC were in the electoral body. After the change, most Hong Kong CPPCC members could have a seat on the committee.

In 2017, Chief Executive Carrie Lam Cheng Yuet-ngor was elected after winning 777 votes of the Election Committee. The next committee poll is expected to be held by the end of next year as the body will pick the city’s new leader in March 2022.

Two sources said the plans were far along in the process, but another insider insisted Beijing was still in “listening mode”.

“They hope to eradicate their roles, minimise the odds for the opposition camp to serve as lawmakers and to exert full control over Legco, which they believe is ‘out of control’ now.”

The five super seats – officially known as the District Council (Second) constituency of the Legislative Council – were introduced in 2012 as a compromise to reform the functional constituencies. These are special interest groups mostly representing specific professions such as accounting, but have traditionally been dominated by pro-establishment forces.

Super seat candidates must be district councillors and nominated by at least 15 other council members, before being able to enter the citywide elections.

Pan-democrats – who had been enjoying an edge in direct elections – won three of the super seats in both the 2012 and 2016 polls.

The source said that the voter base of a number of functional constituencies might also be tightened, after pan-democrats scored a big victory in some professional sectors which had an extensive base.

A second source from mainland China confirmed the plan to reform the Election Committee was on the cards.

A pro-establishment lawmaker, who spoke on the condition of anonymity, confirmed also that Beijing was looking into proposals to reform the roles of district councillors but insisted there were many steps yet to be taken.

“The central government is currently listening to a lot of opinions,” the source said. “But you cannot tell whether they are only studying or are determined to push the plans ahead until they happen.”

Professor Lau Siu-kai, a top adviser to Beijing and vice-president of the semi-official think tank the Chinese Association of Hong Kong and Macau Studies, suggested the changes were possible.

“We all understand that the central government would not allow someone to rely on the opposition camp’s support to win the chief executive election,” he said. “But I am not sure whether Beijing wants to do it through such drastic moves, because under the national security law, authorities can ban people from running for the Election Committee or Legco too.”

Under Article 45 of the Basic Law, the chief executive is to be ultimately elected by universal suffrage, and when asked whether Beijing was not prepared for the unpredictability that could bring, Lau only said the central government was not going against its promise.

“Article 45 also states that the ‘method for selecting the chief executive shall be specified in the light of the actual situation’ and ‘in accordance with the principle of gradual and orderly progress’,” he said.

“We can continue to move towards that ultimate goal.”

But opposition activist Lo Kin-hei, chairman of the Democratic Party and the Southern district council, said even if universal suffrage was adopted for deciding the city’s leader, the election would be carried out under “very strict” screening under Beijing’s latest plans.

“The situation in Hong Kong is getting worse and worse,” he said. “Beijing is mulling this [step] because it will not accept defeats and it must ensure that election results are controllable.”

Lo said it was too early to say whether the Democrats would give up on running in the next Legco elections. “In most autocracies, the opposition will continue to take part in elections … But society needs to discuss if we still treasure such opportunities,” he said.

Tam Yiu-chung, Hong Kong’s sole delegate to the standing committee, said he had not yet seen any item linked to Hong Kong on the agenda.

“There are around 29 items, including bills, motions, reports and personnel appointments and removals, but so far none of the items are linked to Hong Kong,” he said, adding the agenda would normally be issued to members on the first day of the meeting.

But based on past experience, sensitive details would only be announced by the end, he said.

A member of the Standing Committee of the Chinese People’s Political Consultative Conference, who spoke on condition of anonymity, said that from his understanding, Beijing had been considering proposals for months about how to ensure that “no surprise would emerge” in the upcoming chief executive election. But he personally did not know of any exact plans.

A pro-Beijing politician, who also did not want to be named, stopped short of confirming the proposals but said to expect changes.

“Under the Basic Law, the district councils are only advisory bodies,” he said. “Over the years, their roles have changed and were being used as a political tool. Their functions and powers needed to be reviewed.

“It’s no surprise if the councillors are kicked out from the super seats and the Election Committee, as those are just extra powers granted to them and were not stipulated by the Basic Law.”