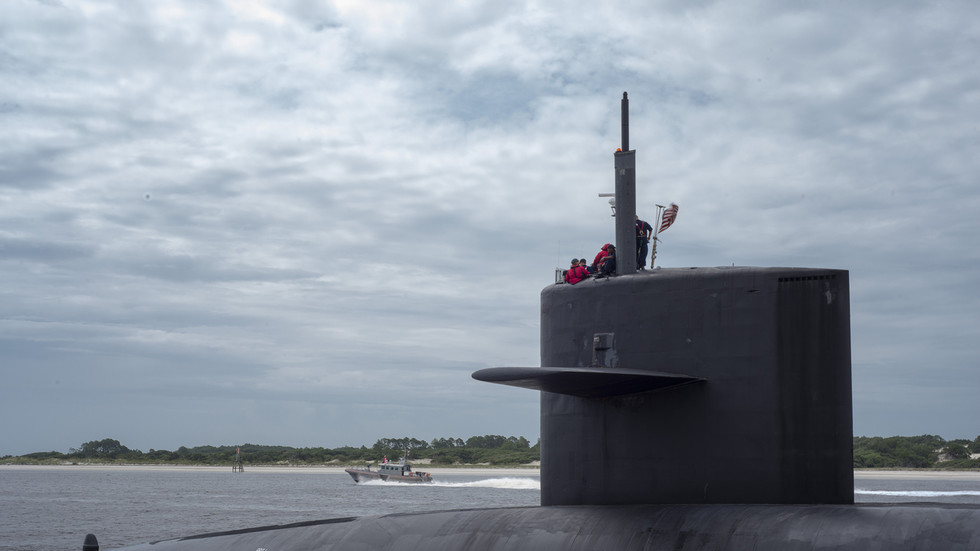 China has criticized an “ambiguous” report by the US Navy in which the 7th Fleet said its nuclear submarine collided with an “uncharted seamount” in the Indo-Pacific. Beijing says many questions remain unanswered.
Speaking on Tuesday during a regular press briefing, Chinese foreign ministry spokesman Wang Wenbin repeated Beijing’s “serious concern” about an October incident in which the USS ‘Connecticut’, a nuclear-powered Seawolf-class fast-attack submarine, struck an “unidentified object” while submerged near China.

Wang claimed the American statement, which was published on Monday, does not adequately explain the events that took place, but “fully exposes the opacity and irresponsibility of the United States.”

The spokesman contended that a nuclear submarine crash was of great concern for all nations in the region, and the US owes them all an explanation. He claimed the US also deliberately blurred the location of the incident and described it as “international waters in the Indo-Pacific region.” The US Naval Institute said in October that the vessel was operating in the Chinese-claimed South China Sea at the time of the crash.

Wang urged the US to elaborate on the accident and fully respond to the concerns and doubts of the countries in the region. “The key is to stop sending warships and military aircraft to provoke troubles, show off force, and stop actions that damage the sovereignty and security of other countries,” he noted, adding that future accidents could be worse.

China has previously urged the US to explain what the submarine was doing in the South China Sea and whether there was any nuclear debris.

On Monday, the US 7th Fleet released a short report noting that the nuclear-powered submarine had “grounded on an uncharted seamount.” The statement added that “Commander, US 7th Fleet will determine whether follow-on actions – including accountability – are appropriate.”

A week after the crash, the US said the vessel was in a “safe and stable” condition. It has since sailed to Guam for repairs. The US has said no damage was caused to the sub’s nuclear propulsion plant.
Add Comment