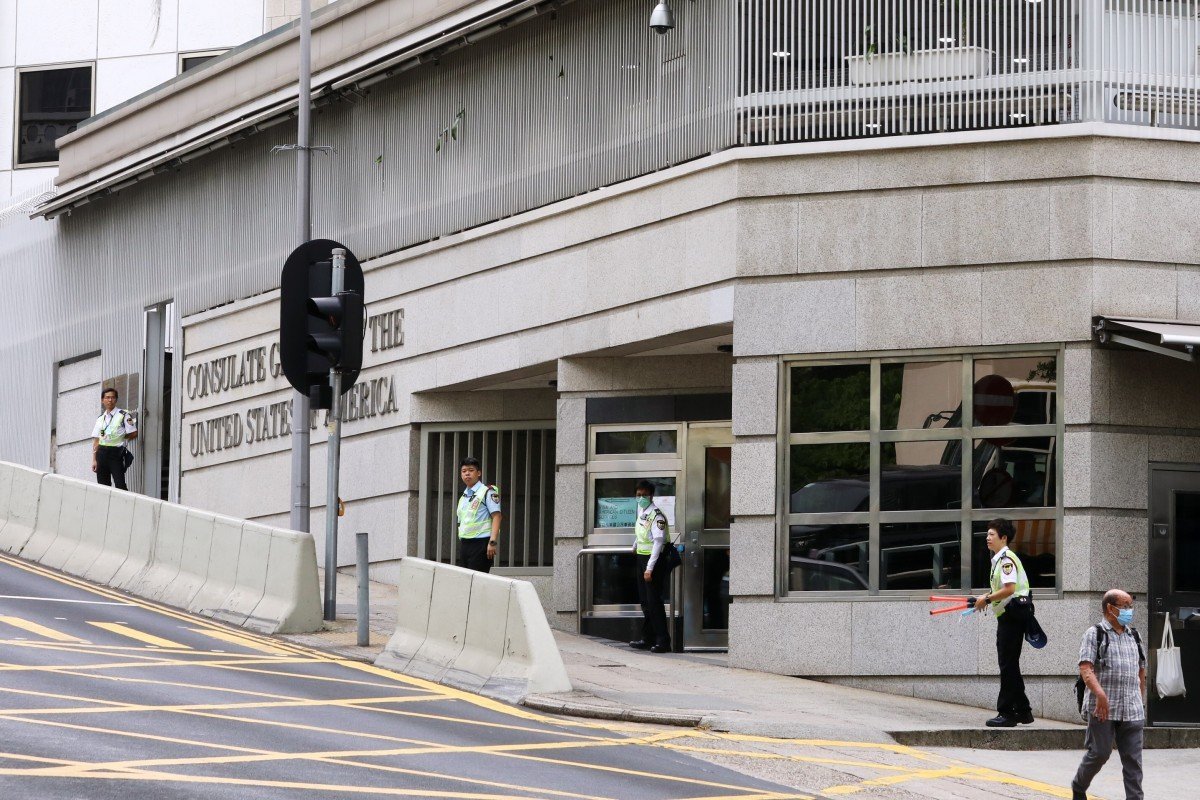 Two-thirds of respondents in survey by nationalist newspaper Global Times name mission in former British colony as their preferred target for retribution. But source tells Post the US consulate in Chengdu is most likely to get the clear-out order

Beijing should close the US consulate for Hong Kong and Macau if it wants to retaliate for the closure of its mission in Houston, according to readers of Chinese tabloid Global Times.

More than 65 per cent of people who took part in the online poll voted for the US consulate in the former British colony, while the US missions in Guangzhou and Chengdu got just 10 and 7 per cent of the vote respectively.

The nationalist newspaper staged the vote after China’s foreign ministry condemned the US for ordering the closure of the consulate general in the Texan city and urged it to immediately correct its mistake.

A source told the South China Morning Post on Thursday that Beijing was set to close the US consulate in Chengdu, capital of southwest China’s Sichuan province, but that has not been officially confirmed.

In a separate poll by news portal Guancha, 66 per cent of 83,000 respondents voted to close the US consulate in Hong Kong and Macau, followed by Guangzhou with 18 per cent and Chengdu with 7 per cent.

Observers said it was unlikely Beijing would close the US consulate in Hong Kong, but its presence at the top of the two polls was indicative of the anger felt by some mainland Chinese internet users who believed America had supported the recent protests in the city.

“Chinese are angry to see the destabilisation of Hong Kong society … and the [United States’] Hong Kong Human Rights and Democracy Act has seriously interfered with … China’s internal affairs,” said Long Xingchun, president of the Chengdu Institute of World Affairs, a think tank based in Sichuan.

The act, passed by Washington last year, requires the US government to impose sanctions against mainland China and Hong Kong officials considered responsible for human rights abuses in Hong Kong.

Liu Weidong, an expert on US affairs at the Chinese Academy of Social Sciences, agreed that some people in China were angry with the perceived interference by the US on matters related to Hong Kong.

“The logic behind the vote is simple: [the respondents think] the US wants to interfere in Hong Kong affairs, so China should prevent that by closing its consulate there,” he said.

At a press briefing on Thursday, China’s foreign ministry declined to say which US mission might close.

Spokesman Wang Wenbin said only that China “will take necessary measures to protect its own legitimate rights”.

The US consulate in Hong Kong declined to comment.

The United States on Tuesday ordered China to close its consulate in Houston by Friday. Beijing described the move as “political provocation”.

David Stilwell, a senior official for East Asia affairs at the US state department, said on Wednesday that the Houston consulate was the “epicentre” of efforts by the Chinese military to send students to the US to obtain information that could advance its warfare capabilities.