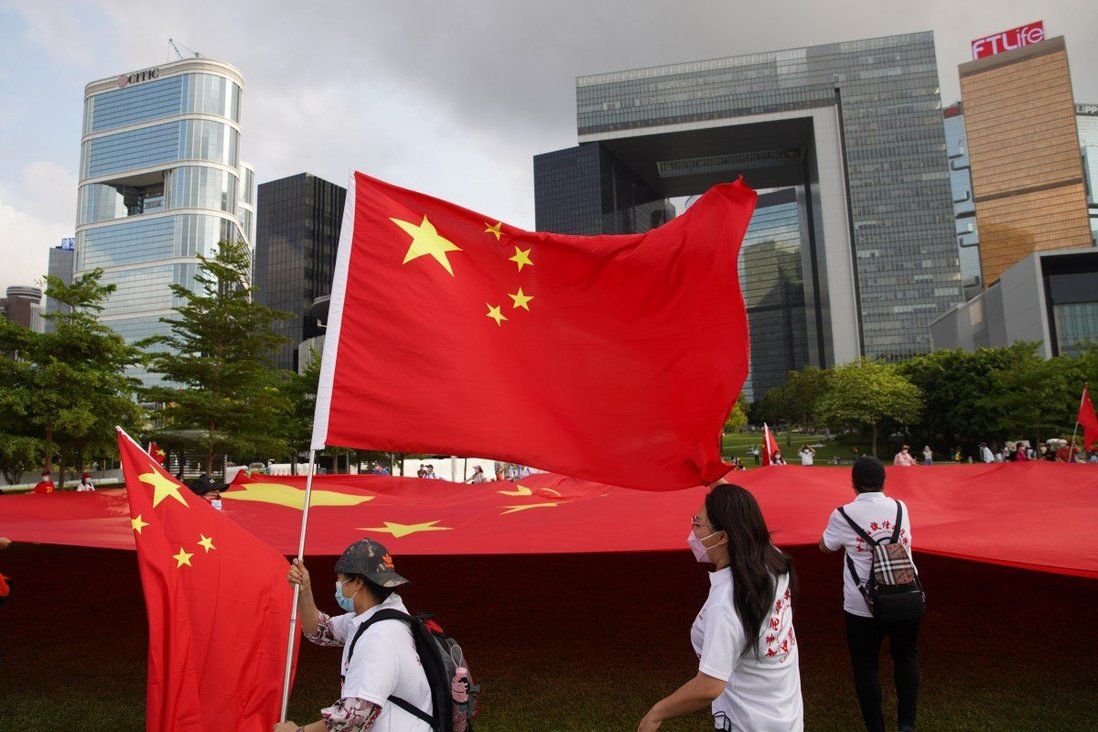 Beijing’s new top diplomat in Hong Kong, who called the battle against “foreign forces” his top priority after taking the job last month, has doubled down on that message, saying those seeking to curb China’s growth or undermine its dignity are “doomed to fail”.

In his first public appearance as commissioner of the Chinese Ministry of Foreign Affairs in Hong Kong, Liu Guangyuan on Wednesday said last week’s passing of an anti-sanctions law by China’s top legislative body reflected a “pressing need to fight back against hegemonism and power politics” and to safeguard national sovereignty and security.

“Here is our solemn message to the small handful of anti-China forces: the dignity and legitimate rights of the Chinese people are not to be undermined. The historical trend towards the great rejuvenation of the Chinese nation under the CPC [Communist Party of China] leadership is not to be stopped,” he said on Wednesday.

“Any attempt, open or underhanded, to interfere in China’s internal affairs and curb China’s development is doomed to fail.” 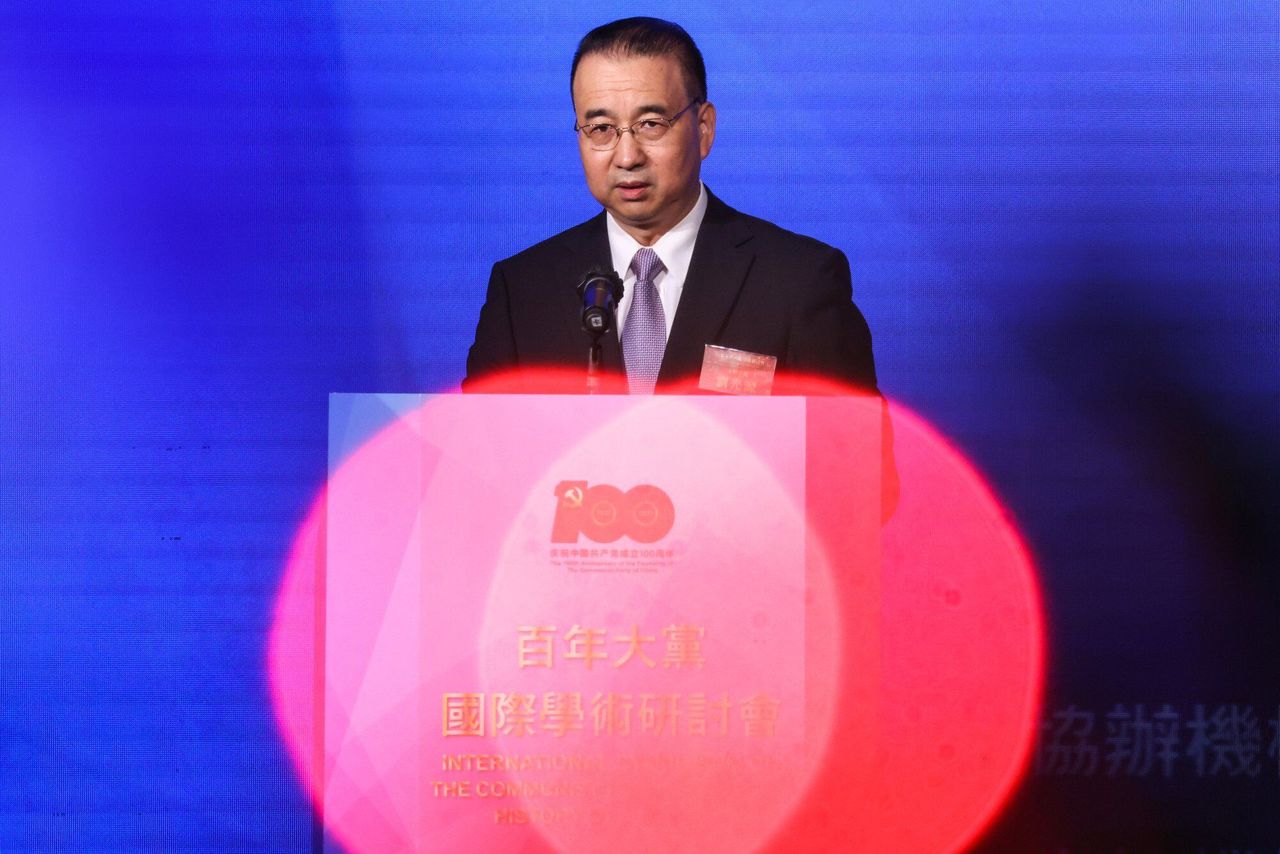 Liu Guangyuan’s words of warning to “foreign forces” on Wednesday were delivered at a forum celebrating the upcoming 100th anniversary of the Communist Party.

Liu’s message was delivered at an international symposium celebrating the coming 100th anniversary of the Communist Party. Co-organised by Beijing’s liaison office in Hong Kong and the state-owned Bauhinia Culture Holdings, the forum was attended by more than 100 guests from the city’s political and business sectors, as well as by local and overseas academics who joined via video link.

Earlier this month, Liu said he would work with Chief Executive Carrie Lam Cheng Yuet-ngor to safeguard China’s sovereignty and security and to oppose external interference, during a 40-minute meeting with the city’s leader at Government House.

China’s top legislative body imposed a sweeping national security law on Hong Kong last June, then followed it with a radical shake-up of the city’s electoral system earlier this year intended to ensure that “patriots” would dominate the legislature and other key political institutions.

Liu on Wednesday said those two decisions had delivered “a major transformation from chaos to stability” in Hong Kong.

“‘One country, two systems’has entered another stage of enduring success,” he said, referring to the governing principle in the city. 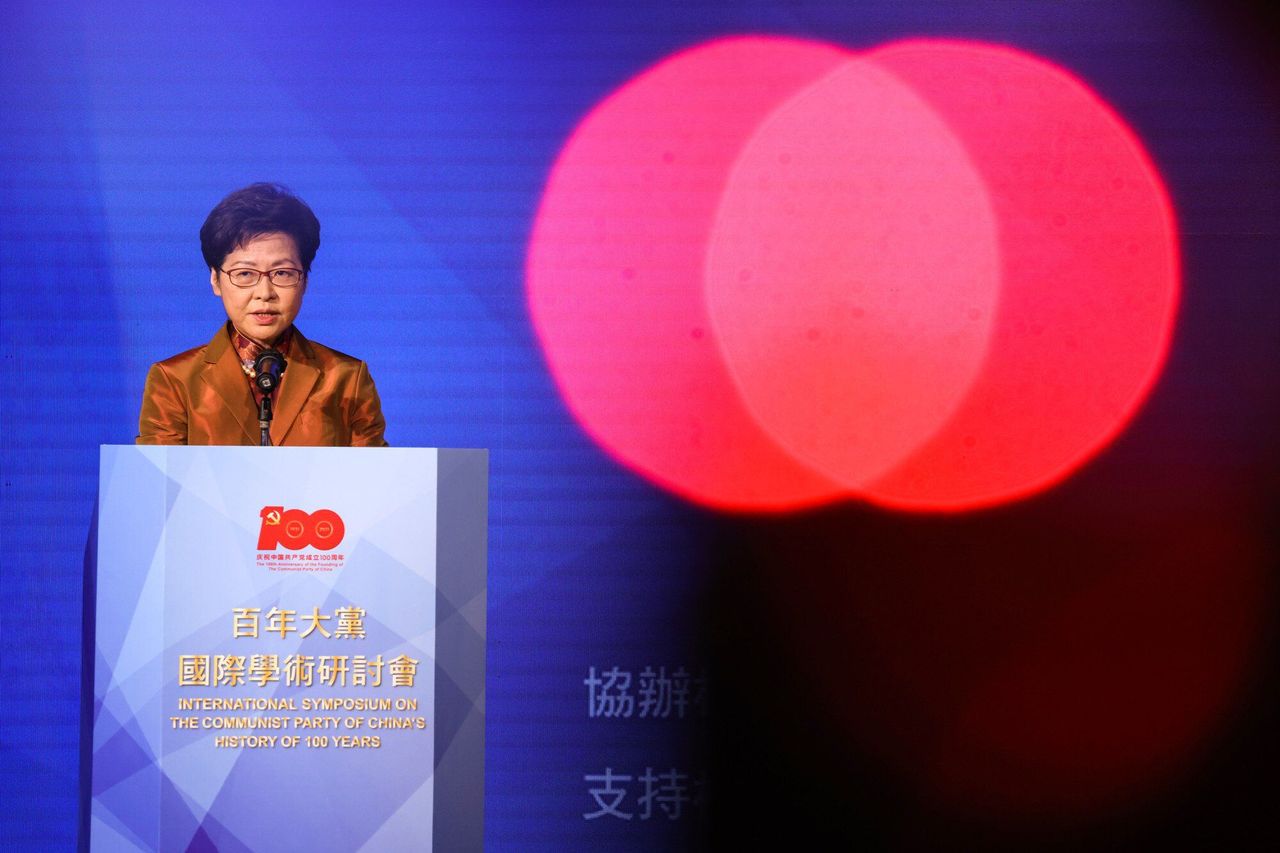 “At this historical juncture, the commissioner’s office will … stay true to our founding mission as we forge ahead. We will more vigorously oppose external interference, serve the [city’s] development and put people at the centre, and join hands with the Hong Kong community to take diplomatic work related to Hong Kong to new heights.”

In her own speech, Lam said that even though Hong Kong had faced unprecedented challenges since the 2019 social unrest, the central government and Communist Party had stayed true to the original intent of one country, two systems.

“Now that Hong Kong has been put back on its right course under the party’s declared institutional strength of one country, two systems, we should make our contribution to the Chinese dream by embracing patriotism, national pride, team spirit and hard work and putting the people’s interest first,” she added.