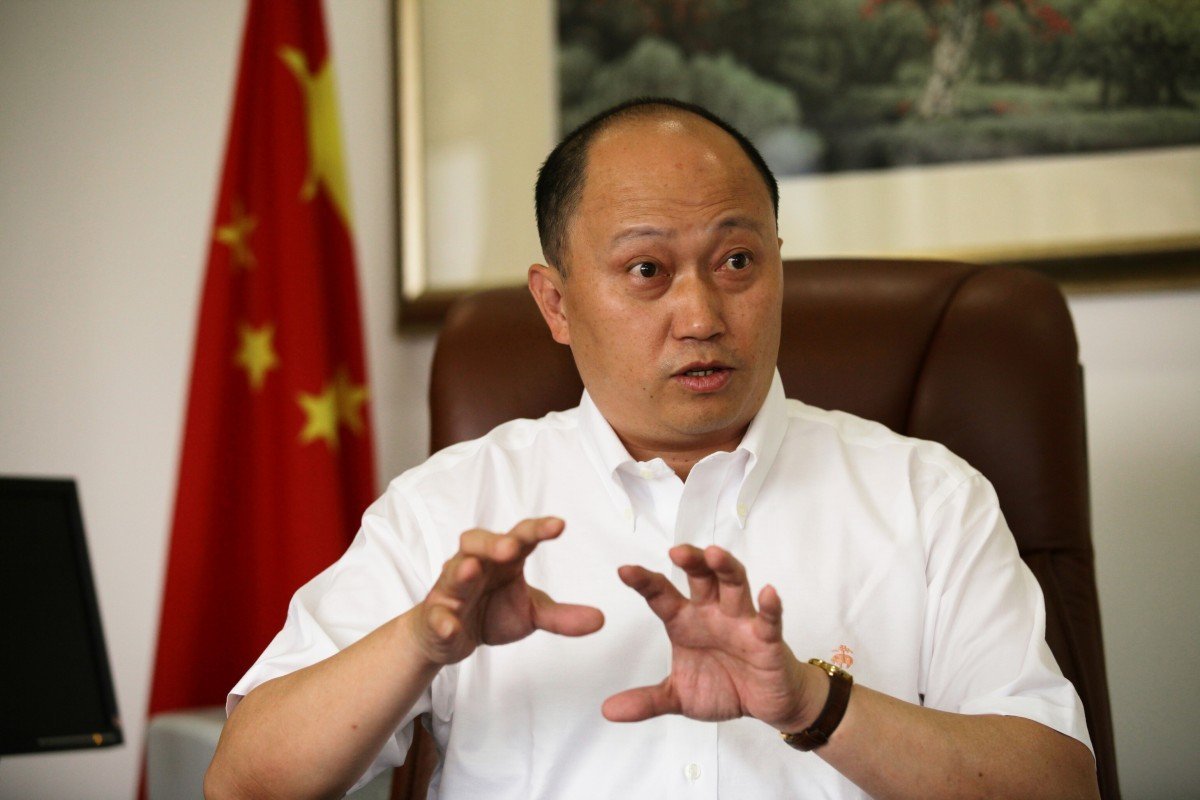 Guangdong-born Cantonese speaker Zheng Yanxiong will be the public face of the agency overseeing implementation of the law in the city. The hardliner has a background in propaganda that some analysts say could serve him well in his new role

Beijing surprised even insiders by picking a veteran Guangdong official, instead of a senior officer from the mainland’s law enforcement or intelligence apparatus, to head the all-powerful agency overseeing the enforcement of the national security law in Hong Kong.

The day-to-day operations of the office will be handled by Zheng’s two deputies, Li Jiangzhou and Sun Qingye. The former is a veteran public security officer and has worked in the central government’s liaison office in Hong Kong since 2016. Sun is a senior official from China’s intelligence agency, according to government sources.

The detailed office structure is not expected to be made public. Most officials in the office are expected to keep a low profile, according to official sources.

The national security office is the fourth Beijing outpost to be established in Hong Kong. It has the power to supervise how the Hong Kong government implements the national security law as well as gather intelligence and handle cases directly at its discretion. It is also charged with working with other central and local government agencies to tighten control over foreign non-government organisations and media in Hong Kong.

Zheng, 56, is a fluent Cantonese speaker and spent his political career in Guangdong. He was the party secretary of Shanwei when the village of Wukan under Shanwei’s administration made international headlines in 2011 by mounting a series of protests against land acquisition by the local government. After months of unrest and the arrest of village leaders, the authorities reached a rare deal with the protesters and the villagers directly elected their own community leader, only for him to be jailed five years later on corruption charges when the villagers planned to stage another protest.

Mainland analysts said Zheng also became very familiar with Hong Kong media, having to interact with the press at the time.

But in December 2011, a leaked video showed him telling an internal meeting that “pigs will fly before the foreign press can be trusted”. He also accused Wukan villagers of “colluding with foreign media to create trouble” and referred to some foreign press as “rotten”.

However, Zheng continued to rise.

“People who were promoted by Xi have a similar track record: they were able to stand firm in critical moments. Zheng has stood firm no matter what Hong Kong media have written about him. He won the trust of the party leadership,” Tian said.

Tian said Zheng’s new job included managing public fears about the office, something his propaganda background could help with.

“Besides being a hardliner, he is experienced in handling Hong Kong media. His appointment may come as a surprise, but if you look at his background, you can understand why he is chosen.”

Beijing had been widely expected to appoint either a public security or intelligence agency official to head the new office and the decision to select Zheng was a surprise to political insiders.

But Xie Maosong, a professor at the University of the Chinese Academy of Sciences, said the appointment, reflected the way Beijing saw the office’s role.

“The director represents the image [of the office]. He has to come to the front of the stage to talk to Hong Kong people and liaise with other Hong Kong agencies. That is why they have chosen a propaganda official and Zheng’s experience made him relevant.”

Zheng is the only leader of these bodies who can speak Cantonese and Beijing might be hoping that this will be an asset, according to analysts.

Yang Aiping, a public management professor at South China Normal University, said Zheng’s job required knowledge of the area and “it helps to send a local official over”.

“In recent years, most of the directors and deputy directors of the central government’s office have been from outside Guangdong,” Yang said.

Zheng’s links with Guangdong could also be useful in liaising with Guangdong’s intelligence agencies, analysts said.
“Traditionally Guangdong is a base for guarding national security at the southern gate of China. Now it is like moving the gate further to Hong Kong,” Xie said.

“So that they can become one joint force,” he said.

Sheena Chestnut Greitens, a specialist on Asia, authoritarianism and national security at the University of Texas at Austin, said Beijing needed someone to coordinate and supervise the new national security apparatus in Hong Kong.

“Creating two parallel security organisations and chains of command increases fragmentation, and in most systems, that tends to make intelligence sharing harder, not easier – which creates problems for the authorities,” Greitens said, referring to the new Hong Kong committee and office for safeguarding national security.

“If the mainland forces have a supervisory/adviser role, somewhat like that of a political commissar or embedded adviser, that could be more integrated; but if there are two separate organisations with parallel chains of command, that could cause some real long-term problems for the Communist Party achieving its own goals.”

The Hong Kong committee is tasked with executing the new law, with Luo directing those activities. The operations of the committee will not be disclosed to the public, according to the law.

Li, 52, was in charge of liaising with the police when he was sent to Beijing’s liaison office in Hong Kong. Before that, he headed the domestic security bureau in the public security ministry. The bureau has a wide range of responsibilities, from crushing subversion and infiltration by overseas forces, to controlling religions and cults, and internet safety.

There is no public information about Sun. Government sources said he was from the Ministry of State Security, China’s equivalent of the CIA or MI6.