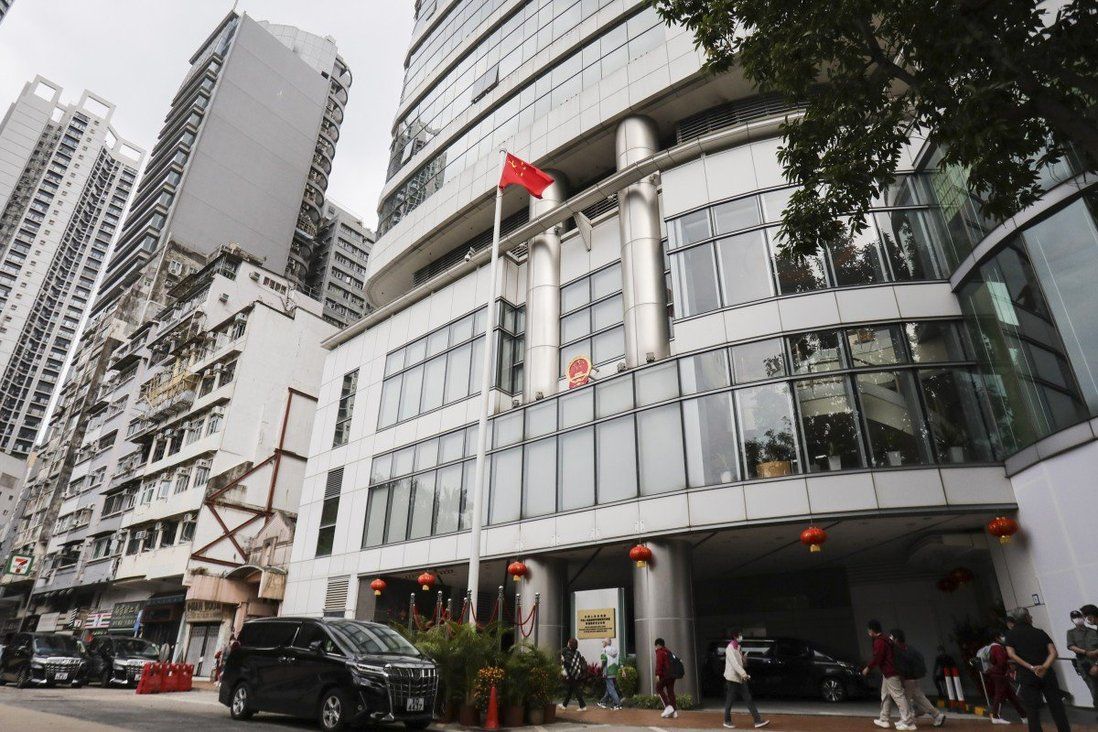 Beijing’s national security office in Hong Kong will move out from its base at the Metropark Hotel Causeway Bay, after nearly eight months of operations, according to a government source.

The source however stopped short of revealing the location of the new site and the exact relocation date, as well as the reasons behind the move.

The plans to move the Office for Safeguarding National Security of the Central People’s Government surfaced on Friday, one day after the government made clear that the funding for the office came from Beijing, not the city’s own coffers.

The city’s annual budget unveiled on Wednesday had shown that HK$8 billion had been earmarked for national security in the coming years. The government later explained the provision had nothing to do with the national security office in Causeway Bay, as its operations were funded by the central government.

On Friday, the Post learned the HK$8 billion could be used to cover the salaries of personnel from the city’s disciplined services who were seconded to work on national security cases. The funds could also be used on rent for their joint office, as well as equipment costs, with the money classified under national security purposes so it would not need to be vetted by the legislature. 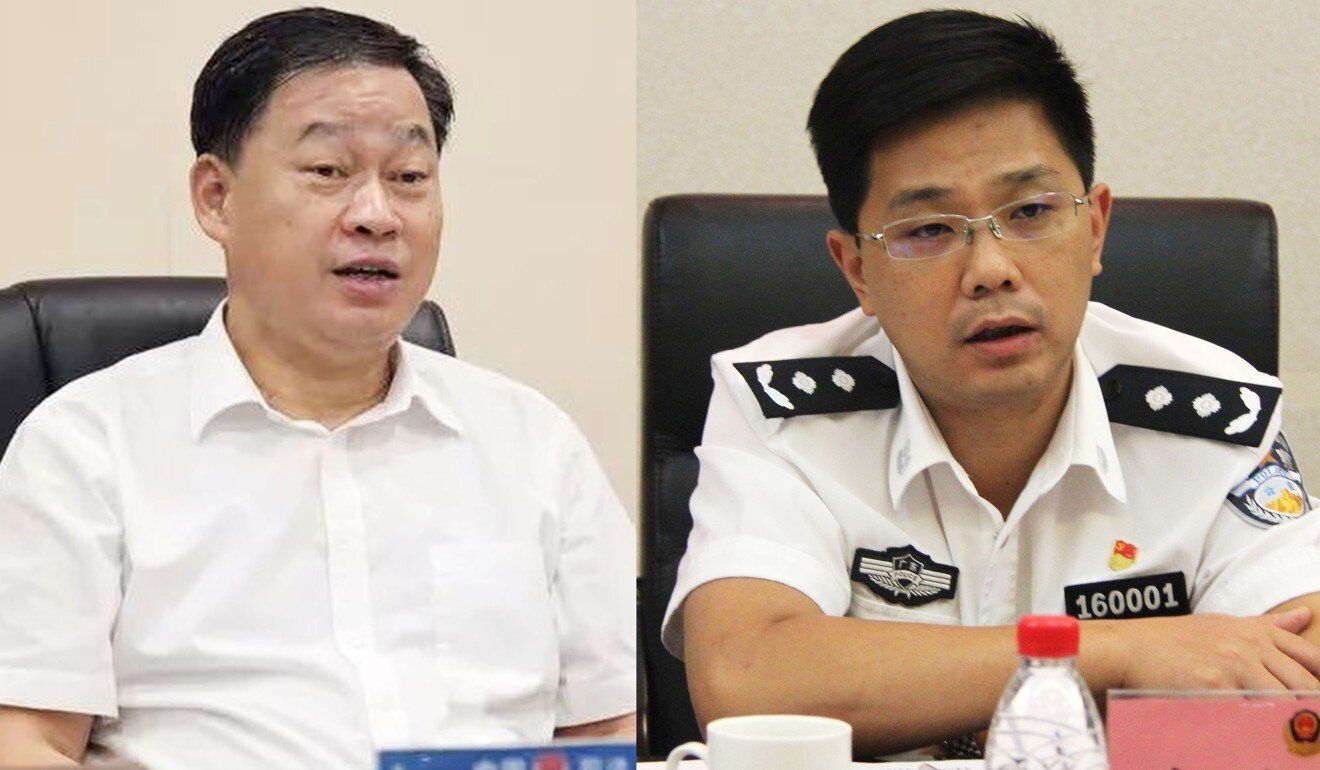 Zheng Zehui (right), deputy mayor and public security bureau head in Zhongshan, and Deng Jianwei, a standing committee member of Foshan and also the secretary of the political and legal committee, are two senior officials that have recently joined the agency.

While it was unclear if the office’s relocation was because of expansion plans, it was revealed on Monday that two senior Guangdong officials had recently joined the agency, which was staffed by more than 200 employees when it opened last July.

The duo are Zheng Zehui, 47, the deputy mayor and public security bureau head in Zhongshan, and Deng Jianwei, 57, a standing committee member of Foshan and also the secretary of the political and legal committee.

On Friday morning, a strong police presence remained around the hotel, located opposite Victoria Park in Tai Hang.

In addition to the tight security at its main entrance, a police van was stationed outside the Tung Lo Wan Road premises. Two officers were also deployed at a tent used as a guard post at the foot of a staircase beside the building.

The source refused to reveal if the new site would also be temporary.

“It is likely that the agency will have its own building here,” he said, pointing out that Beijing’s liaison office and the Hong Kong office of the Commissioner of the Chinese Ministry of Foreign Affairs also had offices in the city.

Beijing’s national security office began its operations in the Metropark Hotel Causeway Bay on July 8 last year, just eight days after the related legislation was imposed on the city on June 30. The hotel rooms were turned into offices or used as dormitories.

Since then, Zheng Yanxiong, the office’s chief, as well as other employees, work and live in the building owned by China Travel Service.

Zheng launched the office with other top Hong Kong and mainland officials, pledging that his agents would not infringe on residents’ rights amid concerns about the extent and implications of their sweeping powers.

The agency, created under the national security law, is responsible for supervising and guiding the local government’s enforcement of the legislation, which forbids acts of secession, subversion, terrorism and collusion with foreign forces, with life imprisonment as the maximum sentence.

A government statement on Thursday cited Article 51 of the national security law, which stipulates the office shall be funded by Beijing. City authorities also said the HK$8 billion funding had nothing to do with the office.

Another government source said he believed the money would be used to cover the salaries of hundreds of officers who were seconded from police and other disciplined services to collect intelligence, conduct enforcement and investigate offences endangering national security.

The Post learned that the vacated roles left by the seconded personnel would need to be filled, while expenditures of the affected disciplinary forces would remain the same.

The source said he believed the money would also cover allowances such as overtime pay and related equipment.

“The fund may also be used to cover rent if a commercial block is used to house officers in future,” the source said. Currently, such staff are still working in offices of their parent departments.

He said he believed the main advantage of classifying the HK$8 billion under national security purposes was so the funding would not need to be vetted and approved by lawmakers.

Article 19 of the legislation states that the city’s financial secretary, on approval of the chief executive, shall “appropriate from the general revenue a special fund to meet the expenditure for safeguarding national security and approve the establishment of relevant posts, which are not subject to any restrictions in the relevant provisions of the laws in force” in Hong Kong.

The government’s statement on Thursday said the financial secretary would submit a report on the HK$8 billion provision to the Legislative Council in due course.

The national security law was imposed on Hong Kong by Beijing last June, following months of often violent anti-government protests, which erupted in 2019 over the now-withdrawn extradition bill.

Since then, police have arrested 82 men and 17 women, aged 16 to 79, on suspicion of committing acts and engaging in activities that endanger national security.