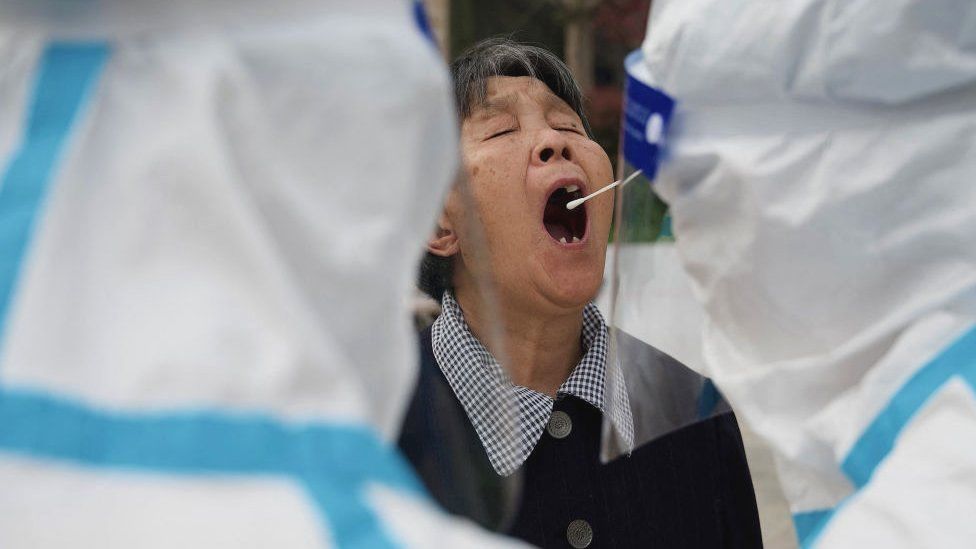 Beijing kicks off mass testing after spike in Covid cases

The Chinese capital Beijing has kicked off mass testing for millions of residents after a spike in Covid cases.

The Chaoyang district reported 26 cases over the weekend - the highest number so far in Beijing's latest surge.

Long queues outside supermarkets and shops were seen despite government assurances there is sufficient food.

It comes amid fears that Beijing could face a similar situation to Shanghai, which has seen some 25 million people shut in their homes for weeks.

'All the meat was snatched up'

All 3.5 million residents in Chaoyang, Beijing's most populous district, will undergo three rounds of mass testing, according to a notice by the city's disease prevention team. 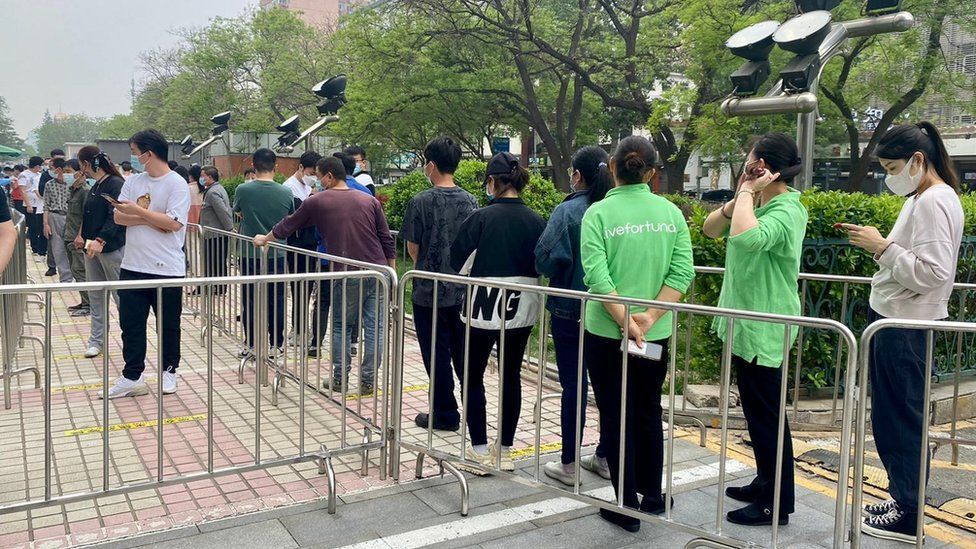 People in Chaoyang queueing up to get tested

The news prompted residents to rush to stock up essential supplies, with images circulating on local media showing supermarket shelves emptied of goods and snaking queues at check-out counters. 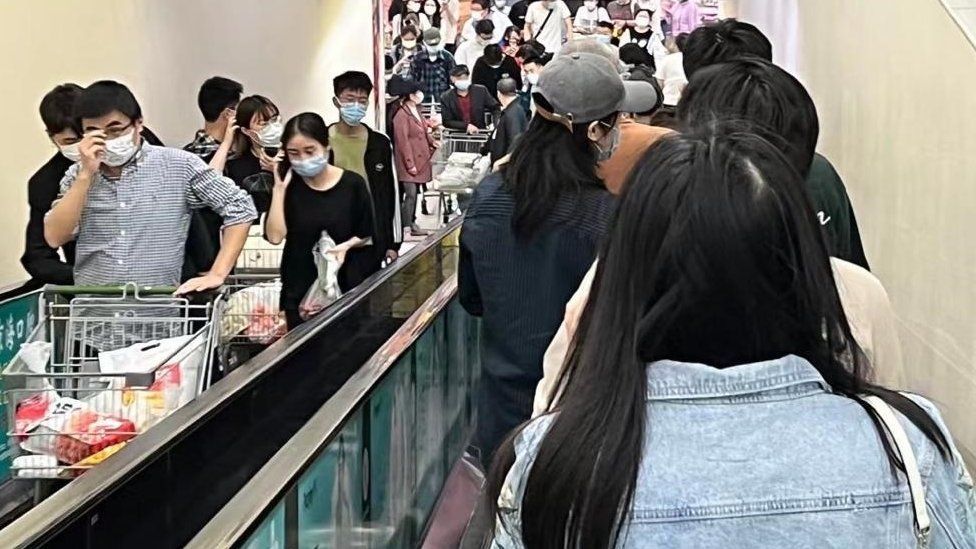 Long queues at a supermarket in Beijing

"Never thought I would go to the market early in the morning….when I got there, all the eggs and prawns were gone and all the meat was snatched up," said one Weibo user in Shanghai, before adding they managed to get some vegetables.

Another Weibo user in Shanghai said: "Seeing people in Beijing rush to buy food is both funny and distressing… it's like looking at what my own life was like just last month."

State-media news outlet The Global Times said that Beijing's fresh food companies have been ordered to increase the supply of groceries like meat, poultry eggs and vegetables.

They also quoted health experts as saying that the results of the mass testing would indicate whether there is a need to escalate measures further, such as locking down several areas.

Separately, Pang Xinghuo, deputy director of the Beijing Center for Disease Prevention and Control, told state-media outlet China Daily that the number of cases in Beijing is expected to increase in the following days.

The latest outbreak in Shanghai, first detected in late March, has seen more than 400,000 cases recorded so far and 138 deaths.

Some of the measures Chinese authorities have enforced include placing electronic door alarms to prevent those infected from leaving and forcibly evacuating people from their homes to carry out disinfection procedures.

Some in locked-down areas of Shanghai say they have been struggling to access food supplies, and forced to wait for government drop-offs of vegetables, meat and eggs.

Green barricades have also been erected overnight in parts of Shanghai without prior warning, effectively preventing residents from leaving their homes.

In contrast to many other countries, China is pursuing a zero-Covid strategy with the aim of eradicating the virus from the country completely.

While officials managed to keep infection levels relatively low at the beginning of the pandemic, later lockdowns have struggled to contain recent, more transmissible variants of the virus.

How are other parts of China being affected?

*  Outside Shanghai and Beijing, more than 20 cities, home to more than 30 million people, are under lockdown

*  In some cities, such as Sanya in the south, people can only enter or leave with a negative Covid test less than 48 hours old, along with a green code on China's covid app