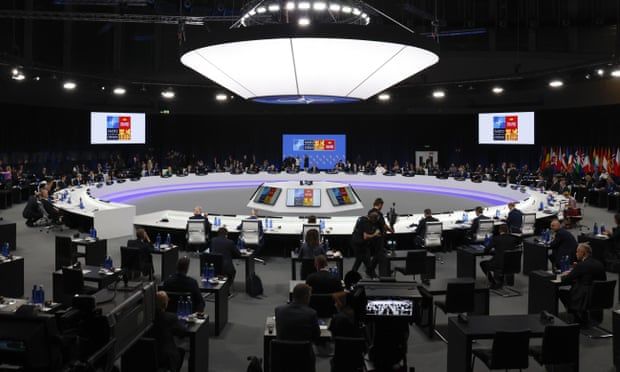 Beijing hits out at Nato strategy for ‘malicious attack’ on China

Nato allies agreed for the first time to include challenges and threats posed by China into a strategy blueprint in its latest summit in Madrid this week. The alliance’s previous document, issued in 2010, made no mention of China.

In its new Strategic Concept, Nato said tackling “systemic challenges posed by the People’s Republic of China to Euro-Atlantic security” and the “deepening strategic partnership” between China and Russia would now be among its main priorities.

Beijing was furious about Nato’s decision. “Who’s challenging global security and undermining world peace? Are there any wars or conflicts over the years where Nato is not involved?” China’s mission to the EU said in a statement on Thursday.

“Nato’s so-called Strategic Concept, filled with cold war thinking and ideological bias, is maliciously attacking and smearing China. We firmly oppose it,” the statement said. “When it comes to acts that undermine China’s interests, we will make firm and strong responses.”

Since Russia’s invasion of Ukraine, China has been pointing its finger at the US and Nato on multiple occasions. But Nato’s attention to the China-Russia partnership began even before Moscow’s military operations in its neighbour. It has also been openly talking about China for some time.

In its annual summit in Brussels last June, the traditionally Russia-focused military alliance asserted, for the first time, that it needed to respond to Beijing’s growing power. The language the bloc used at the time also echoed the EU’s phrase of “systemic rival”, and the UK’s “systemic competitor” when describing China.

Beijing’s response was equally strong. When responding to Nato secretary general Jens Stoltenberg’s remark on China-Russia military ties last year around the time of the Brussels summit, a foreign ministry spokesperson urged the alliance to “abandon cold war mentality and ideological bias” – a similar language to the one deployed this week.

This week, Nato was keen to add a layer of nuance into its descriptions of Russia and China. “China is not our adversary, but we must be clear-eyed about the serious challenges it represents,” Stoltenberg said on Wednesday, adding that Nato was still “open to constructive engagement” with Beijing.

The language contrasted Nato’s view on Vladimir Putin’s Russia. “The Russian Federation is the most significant and direct threat to allies’ security and to peace and stability in the Euro-Atlantic area,” Nato’s Strategic Concept wrote, vowing to “continue to respond to Russian threats and hostile actions in a united and responsible way”.

Yet, the alliance was clearly wary of Beijing’s close ties with Moscow. “The deepening strategic partnership between the People’s Republic of China and the Russian Federation and their mutually reinforcing attempts to undercut the rules-based international order run counter to our values and interests,” the blueprint said.

It is not immediately clear what the talk of China in its latest strategy means for Nato operationally. “We know there will be greater collaboration with the EU on areas of China policy that the EU has more experience in, such as resilience and economic coercion,” said Meia Nouwens of the London-based thinktank International Institute for Strategic Studies (IISS).

She added: “The concept mentioned that the Alliance will work with existing and new partners in the Indo-Pacific. But we don’t know which new partners Nato is looking at – perhaps certain countries in south-east Asia or India.”

Some experts have urged Nato to establish a “China council” to coordinate Nato’s policies on China, but there was no talk of it this week in Madrid. And in the last few days, reports emerged that France and Germany had objected to describing China as a “threat”, as it might jeopardise Europe’s interests in trade and technology.

“It’s interesting that after three years of conversations about China and agreeing on the challenges that it poses to the alliance, allies still don’t fully agree on how to frame that discussion and how to respond,” said Nouwens.
Add Comment