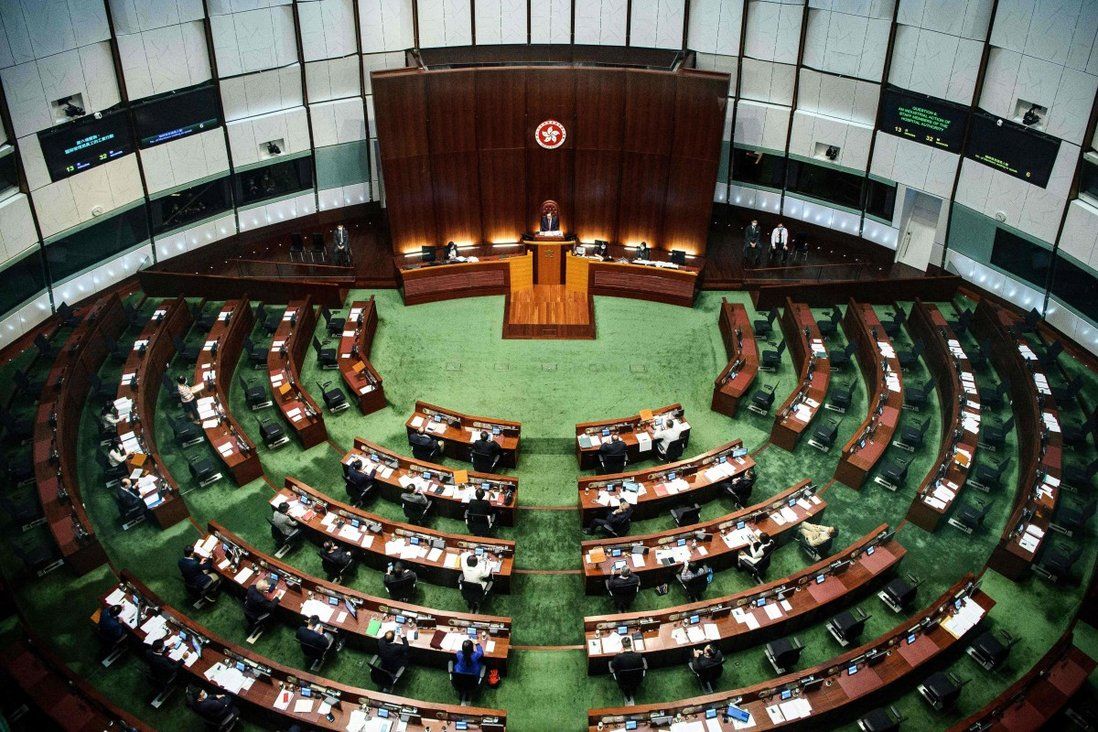 EU, Japan say shake-up undermines confidence in ‘one country, two systems’ model, but a Chinese foreign ministry spokeswoman has rebuffed the criticisms, calling it ‘a universal practice that all countries’ administrators must be patriots’.

Beijing has accused the United States and Britain of displaying double standards after they criticised the Chinese government for imposing sweeping changes to Hong Kong’s electoral system.

Hua Chunying, a spokeswoman for the foreign ministry, told a press conference on Wednesday that matters pertaining to Hong Kong were China’s internal affairs, and all attempts to meddle in the country’s domestic policies and exert pressure on Beijing would be futile.

“Countries including the US and Britain questioned the principle of ‘patriots governing Hong Kong’, when in fact it is a universal practice that all countries’ administrators must be patriots.”

Hua made the remarks in response to criticism by the US, the European Union, Britain and Japan over Beijing’s drastic shake-up of Hong Kong’s electoral system, with some accusing the central government of breaching the “one country, two systems” principle by undermining the city’s democratic elements.

The chorus of condemnation came hours after Beijing unveiled details of the most comprehensive changes to Hong Kong’s political system since the former British colony’s return to Chinese rule in 1997, including drastically cutting the number of directly elected seats in the legislature from 35 to 20, and creating 40 additional seats to be filled by a newly empowered Election Committee.

Beijing also tightened its grip on the 1,500-strong Election Committee - which will now both nominate the city’s lawmakers and select its leader - forming a fifth sector of 300 members drawn from local representatives to the national legislature and other mainland-based organisations. Another 117 seats that once belonged to directly elected district councillors have been eliminated.

In a strongly worded statement, a US State Department spokesman on Wednesday said his country “strongly condemns” Beijing’s move, which would “further reduce political participation and representation” in Hong Kong.

“The measures, which will establish a committee to vet candidates for office based solely on their loyalty to Beijing and diminish the proportion of directly elected members of the Legislative Council, will severely curtail meaningful pluralism and representative governance in Hong Kong,” he added.

“These actions are inconsistent with Hong Kong’s Basic Law, which states that universal suffrage is the ultimate objective for people in Hong Kong.”

The spokesman also reiterated the US’ promise to stand united with its allies and partners in “speaking out for the human rights and fundamental freedoms of all individuals in Hong Kong and responding to the [People’s Republic of China’s] egregious policies and actions”.

Weighing in on Wednesday, the EU also slammed the overhaul as, among other things, drastically reducing the proportion of democratically elected members in the Legislative Council and exerting mainland influence on the city’s electoral system via the new vetting procedure for candidates.

“The amendments constitute a concerted undermining of democratic elements in Hong Kong’s electoral system. These changes will have another negative impact on fundamental freedoms and political pluralism in Hong Kong,” the EU said in a statement, accusing Beijing of another breach of the “one country, two systems” principle and its international commitments.

The EU was exploring the possibility of taking additional steps in response, it added.

Responding to the developments, British Foreign Secretary Dominic Raab on Tuesday said the overhaul would undermine the freedoms of Hongkongers and represented a violation of Beijing’s international obligations.

Japan went further, saying it would not “overlook” Beijing’s move, and calling out China for acts it said would “further undermine the confidence in the ‘one country, two systems’ framework”.

“This represents a major setback for the high degree of autonomy in Hong Kong. Japan cannot overlook this,” its foreign affairs ministry said.

But Hua said both the US and Britain had enacted multiple laws to make sure their countries were administered by patriots. The two countries’ legislatures had also enacted various laws to improve their own electoral systems.

“The British accused us of breaching the Sino-British Joint Declaration … But the Chinese government’s rule over Hong Kong was based on the constitution and the Basic Law, not the declaration,” she said.

“The declaration was to ensure China resumed sovereignty over Hong Kong [in 1997], Britain has no power to monitor Hong Kong after the handover, and has no so-called moral responsibility, qualification and legal basis to meddle with the city’s affairs.”

Hua also argued that during more than 150 years of colonial rule, Britain had never offered Hong Kong any democracy or freedom. She said rather than commenting on Beijing’s affairs, London and Washington should tackle various public health and social problems in their own countries.

Hitting back at Raab, Hong Kong’s justice secretary Teresa Cheng Yeuk-wah said in a statement there was absolutely no basis to suggest China’s improvement of the electoral system - exercising its sovereign right - amounted to “a breach of the joint declaration” or “breaking international obligations”.

“On the contrary, the intervention into the internal affairs of China is a clear violation of international principle of non-intervention,” Cheng said.

Under the sweeping overhaul of the city’s political system approved in Beijing on Tuesday, a vetting committee, comprising principal government officials, will be created to carry out background checks of residents seeking to run for Legco or chief executive. The police national security unit and the national security committee – led by Lam – will be involved.

At a Legco meeting on Wednesday, some lawmakers asked Secretary for Constitutional and Mainland Affairs Erick Tsang Kwok-wai if there was a way to avoid what they saw as a conflict of interest.

Senior officials, said localist lawmaker Cheng Chung-tai, were supposed to be monitored by legislators, not decide on their re-election.

“Some senior officials have been criticised by many lawmakers … How can [they] become members of the vetting committee and approve Legco candidates?” he asked.

But Tsang insisted there was no need for concern. “The members need to be experienced in public administration, capable of handling these matters and trusted by the central government, so I think there is nothing wrong with principal officials sitting on the committee,” he said.

“It’s true that my colleagues have faced queries and criticisms in Legco, but that won’t affect our judgment and work.”

Veteran pro-Beijing lawmaker Regina Ip Lau Suk-yee, meanwhile, questioned if members of the committee would be allowed to vet chief executive candidates if they intended to run for the city’s top post themselves.

Tsang replied that officials would need to resign if they wanted to run in elections.

He also said he would be among a group of top ministers meeting with various interest groups and doing media interviews in a bid to explain the electoral overhaul.

At least six senior officials organised briefing sessions to explain the sweeping changes to their respective sectors and stakeholders.

Chan met business bodies, including the Chinese General Chamber of Commerce, while Cheng met the Law Society and other legal groups.