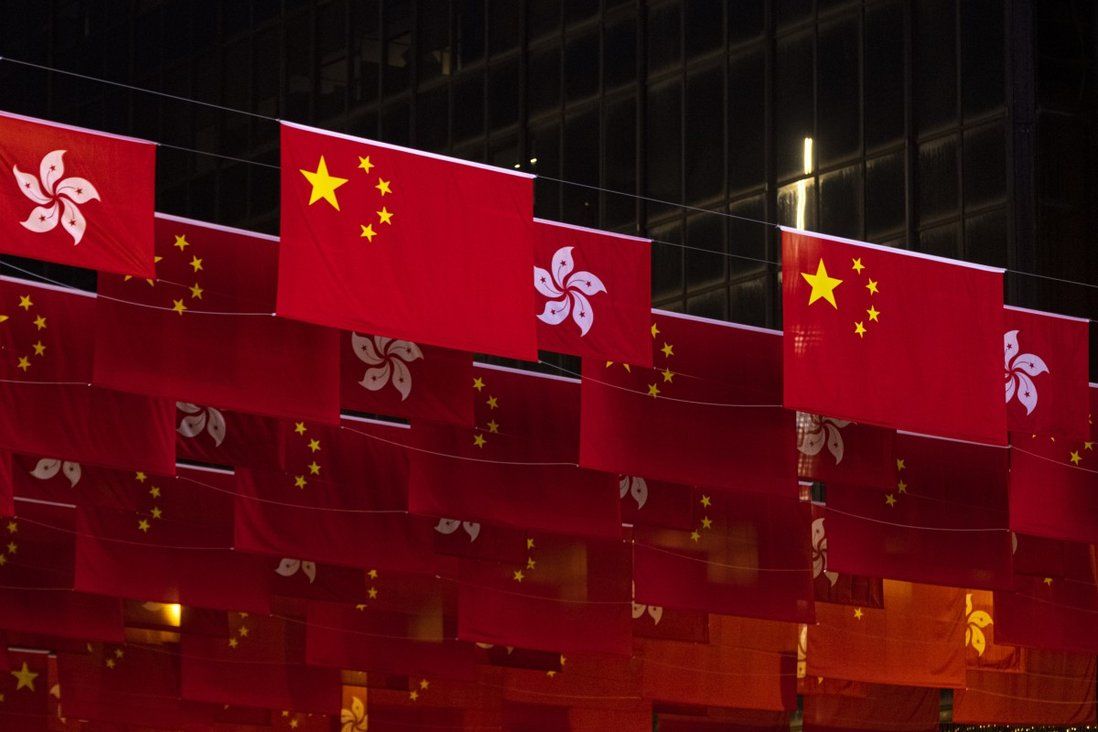 The election of Hong Kong’s government will need to be done “strictly in accordance” with the relevant rules of the Basic Law, Chinese Premier Li Keqiang said on Friday, giving a clear hint of the central government’s wish for the chief executive race not to be postponed further.

He also set out Beijing’s expectations of the government, emphasising three priorities state leaders had spelled out in various ways in recent months. He called on the administration to unite and lead people from all walks of life to continue developing the economy, improving people’s livelihoods and strengthening Hong Kong’s status as an international hub.

At his traditional press conference after the closing of the annual two sessions, or lianghui, Li was asked by a reporter what he thought of Hong Kong’s new electoral system and the coming chief executive poll, which had been postponed from March 27 to May 8. 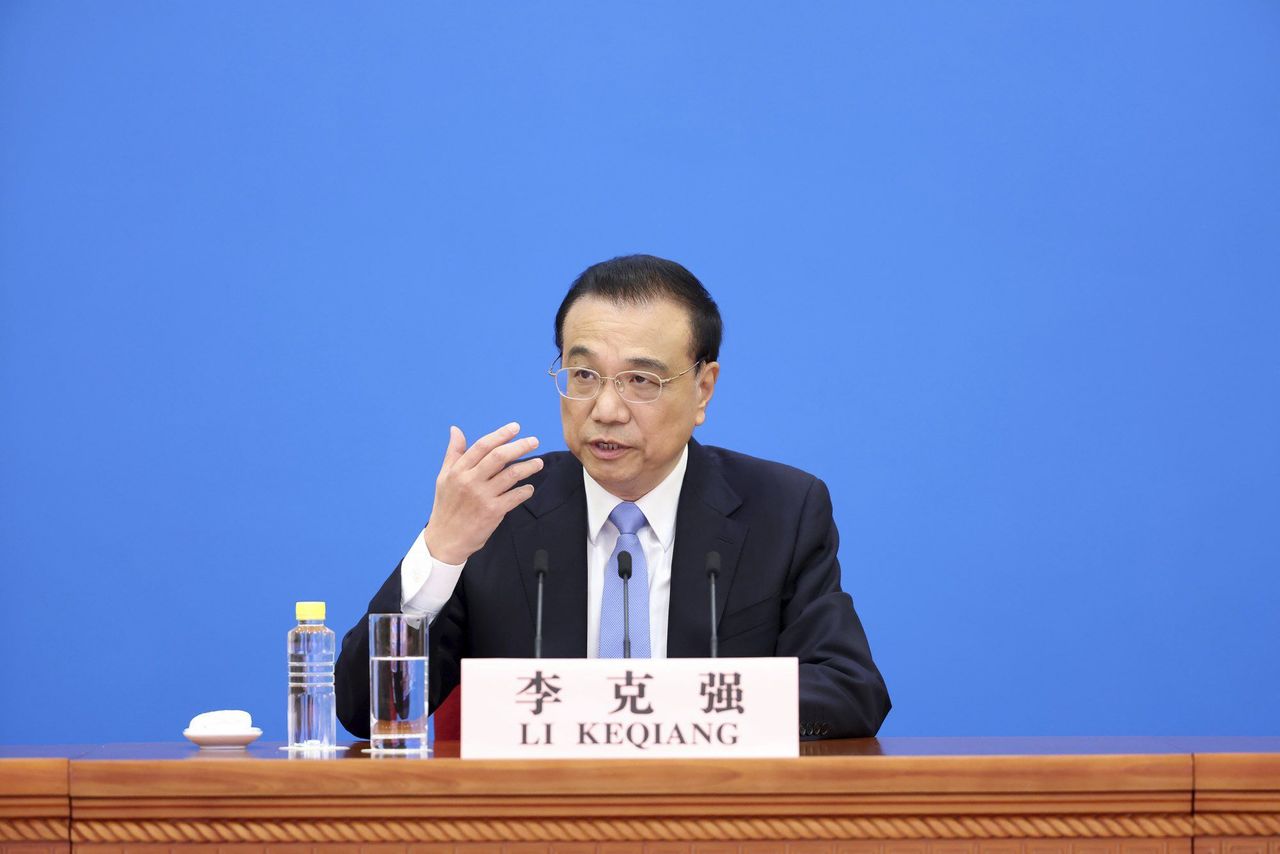 Premier Li Keqiang speaks during a press conference on Friday.

Li prefaced his answer by noting that the severity of the fifth wave of infections in the city had prompted the local government to postpone the election “in accordance with the law and concentrate on fighting the epidemic”.

“We fully understand and support it. The central government is following the epidemic situation in Hong Kong every day and is deeply concerned for the life, health and safety of Hong Kong residents,” he said.

Li went on to say that the government had to shoulder the main responsibility for battling the coronavirus, with the central government fully supporting it in the fight.

He also added: “The change in the term of the Special Administrative Region government will be conducted in strict accordance with the relevant provisions of the Basic Law.”

Under Article 46 of the Basic Law, the city’s mini-constitution, the term of office of the chief executive “shall be five years”, while the person may serve for a maximum of two consecutive terms.

Li delivered his remarks in the Chinese capital on Friday, where leaders from the National People’s Congress (NPC), its top legislature, and the Chinese People’s Political Consultative Conference, the advisory body, had spent six and a half days discussing the policy blueprint for the country. 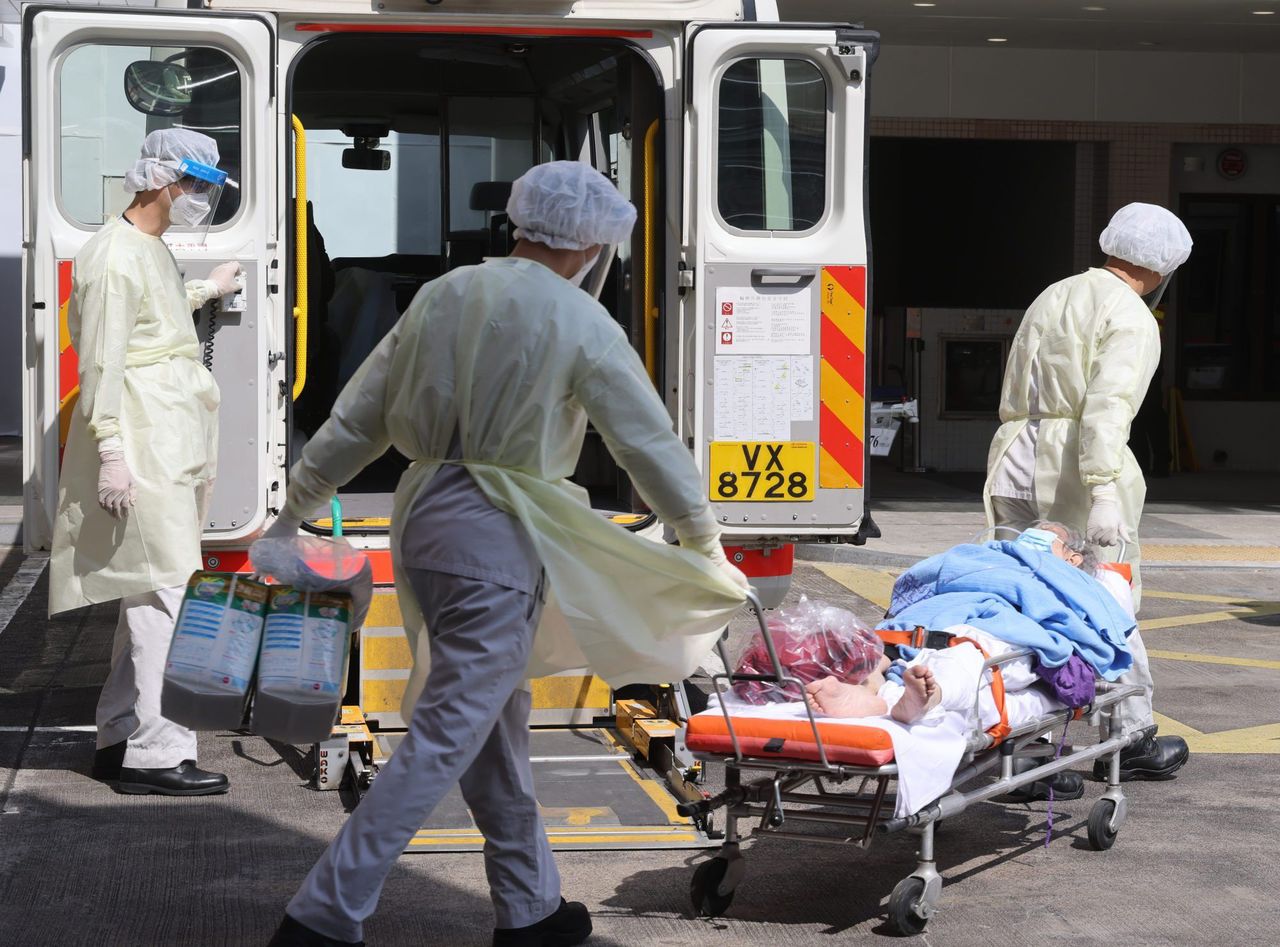 Hong Kong is battling its fifth wave of the coronavirus.

He was the second, and the highest-ranking, official to have commented on the city’s top race during the two sessions, after Han Zheng, the vice-premier who oversees Hong Kong’s affairs. Over the weekend, Han called the election one of the two most important events coming up in Hong Kong, with the other being the celebration for the 25th anniversary marking the city’s return to China from British rule.

Lam explained then that the May 8 date would still enable candidates to engage potential voters from the 1,500-strong Election Committee, and allow for adequate time to do a transition of government.

Former lawmaker Ip Kwok-him, an NPC deputy, on Friday said there was a risk of a constitutional conundrum if the government were to further postpone the election, as it would not have sufficient time to organise and conduct a poll before its term expired on June 30.

“The Hong Kong government will not have the power to hold that election,” he said, adding there was the precedent of the administration needing to seek a Basic Law interpretation from Beijing.

The issue of the five-year tenure of the chief executive had previously been a matter of legal contention. In March 2005, when the city’s first chief executive, Tung Chee-hwa, announced he was stepping down due to health problems, a lacuna in the law arose.

The dilemma centred on whether the next chief executive would begin with a new five-year term or the person should serve the remainder of Tung’s term, with no seeming answers in the Basic Law. The then government struggled to come up with a timely and legally sound solution, as the law requires another chief executive to be elected within six months, while the Election Committee tasked with choosing the leader was soon to complete its term and was due for another election of its own.

In the end, the Hong Kong administration sought a legal interpretation from Beijing to solve the constitutional predicament, with the central government deciding that Donald Tsang Yam-kuen, Tung’s successor, would only serve the remainder of his term in the event of an early departure from office.

During his answer on Friday, Li also stressed the central government’s commitment to “fully, accurately and unswervingly implement the principles of “one country, two systems”, ‘Hong Kong people administering Hong Kong’ and a high degree of autonomy. 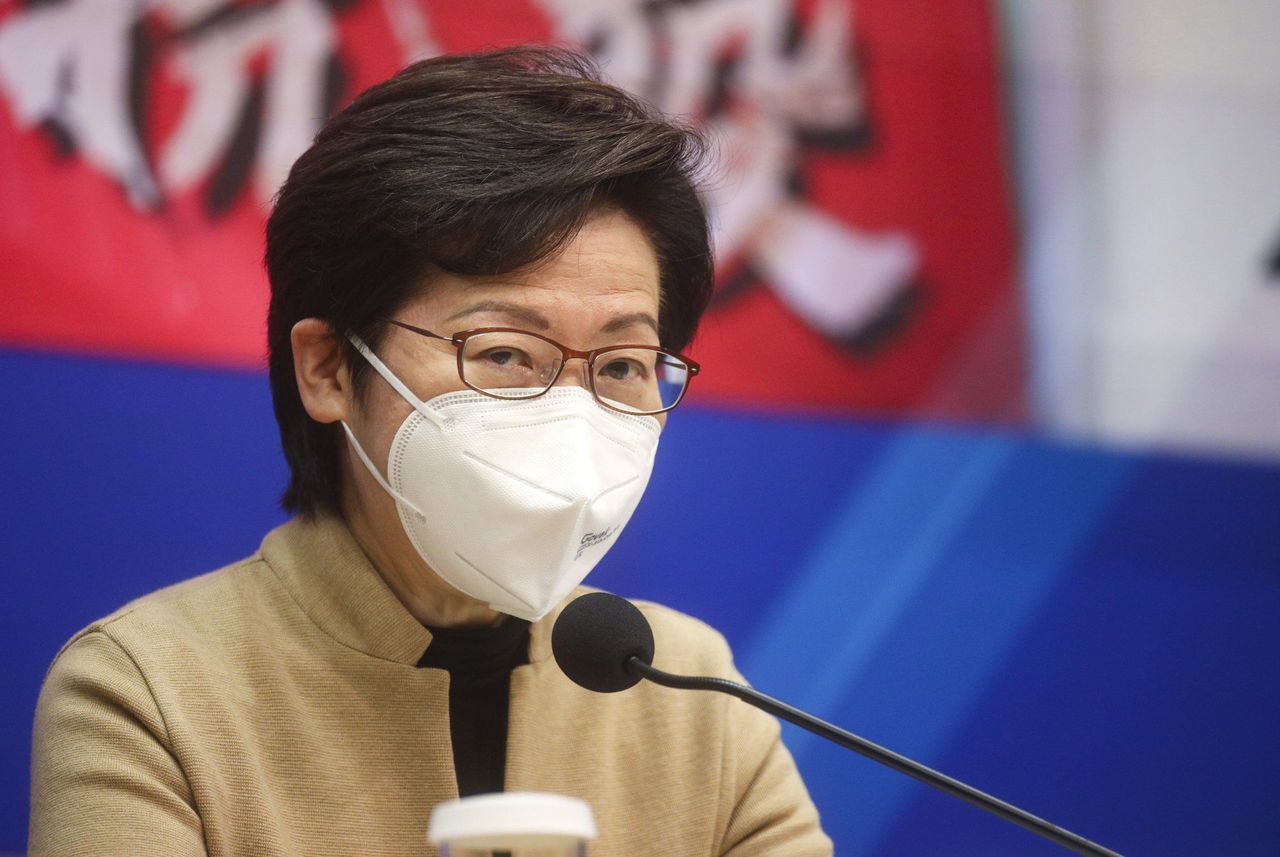 On the priorities of the government, he said: “It is hoped that the SAR government will unite and lead people from all walks of life in Hong Kong to continue to develop the economy, improve people’s livelihood, consolidate and enhance Hong Kong’s status as the three major centres of international finance, trade and shipping, and maintain Hong Kong’s long-term prosperity and stability.”

Pro-Beijing heavyweight Tam Yiu-chung, the city’s sole delegate to the NPC Standing Committee, the country’s top legislative body, said it was too early to assess if there was a need to further postpone the election in May.

“Work has been done in order to contain the virus. For now, we should work around the date we have,” he said, referring to May 8.

Lau said it might be that Li did not foresee the need to postpone the election for a second time, or that he simply cited the need to follow the law in a matter-of-fact way.

“He probably did not think there is a need for further changes,” he said.

On Taiwan, Li reiterated Beijing’s stance on the one-China principle and the 1992 consensus, an understanding on both sides that there is “one China” but that each side has its own interpretation of what “China” means.

Cross-strait relations have been tense since the election of Taiwanese President Tsai Ing-wen, from the independence-leaning Democratic Progressive Party

Beijing considers Taiwan part of its territory that must be brought under its control – by force if necessary – and has ramped up pressure on the island by sending warplanes and staging war games near its coast.

But Li on Friday pledged more opportunities for his Taiwan “compatriots”. “After all, compatriots across the strait belong to the same family and the brotherhood can never be severed at any point in time,” he said.

“We are willing to share the opportunities with our Taiwanese compatriots so that they will enjoy the same treatment when they are on the mainland for development,” said Li, adding that it aimed at boosting “the peaceful development of the strait”.