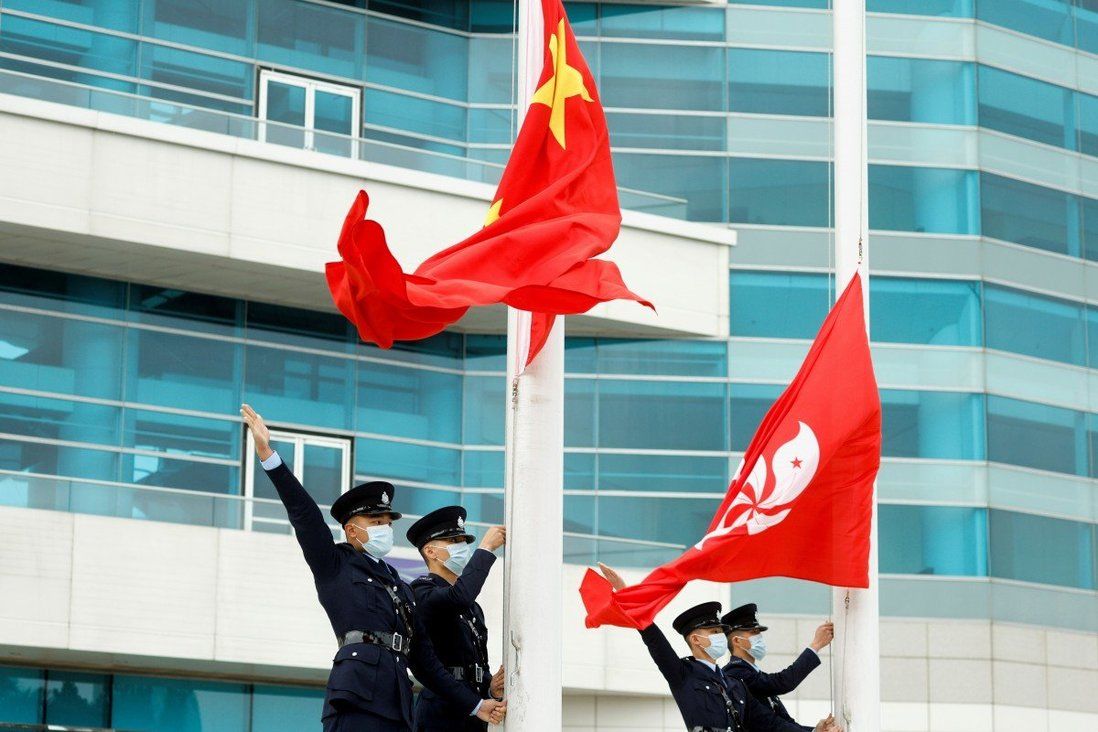 • Aspiring chief executive candidates must obtain minimum of 188 nominations, with at least 15 from each of committee’s five sectors

• Legislative Council will be expanded to 90 members from current 70

• Some lawmakers will come from Election Committee

• Annexes I and II of Basic Law will be amended, along with local laws

China’s national parliament has formally green-lit the biggest shake-up of Hong Kong’s entire political system, overhauling the committee that elects the city’s leader to effectively shut out opposition members deemed “unpatriotic” and empowering it to nominate candidates for the legislature.

The sweeping resolution, which Chinese Premier Li Keqiang hailed as key to improving the “one country, two systems” governing policy for Hong Kong after the mass protests and political turmoil of 2019, was approved at the closing of the National People’s Congress (NPC) plenary session on Thursday.

It was passed with 2,895 votes, not one vote against, and a single abstention, drawing the longest applause from delegates in Beijing’s Great Hall of the People.

Chief Executive Carrie Lam Cheng Yuet-ngor voiced her full support for the “prerogative of the central authorities” to decide the most controversial and comprehensive revamp of the city’s political structure and electoral system since its handover from Britain to China in 1997.

“I firmly believe that, after the principle of ‘patriots administering Hong Kong’ is fully implemented and loopholes of the existing electoral system are plugged, we will be able to resolve the problem of the Legislative Council making everything political in recent years and effectively deal with the reckless moves or internal rift that have torn Hong Kong apart,” Lam said.

One did not have to love the Communist Party to qualify as a patriot, but no one should do anything to undermine the socialist system, she said.

“Loving the Communist Party is an obligation of party members. I am not a party member … but we have to accept Hong Kong is part of [China],” Lam said.

“This socialist system with Chinese characteristics under the Chinese Communist Party is written in China’s constitution … we should not do anything to undermine the system.”

“Last year, Hong Kong suffered multiple setbacks. We hope that various sectors in Hong Kong can stand together in overcoming the pandemic, achieving economic growth and improving people’s lives … The central government will continue to fully support it.” 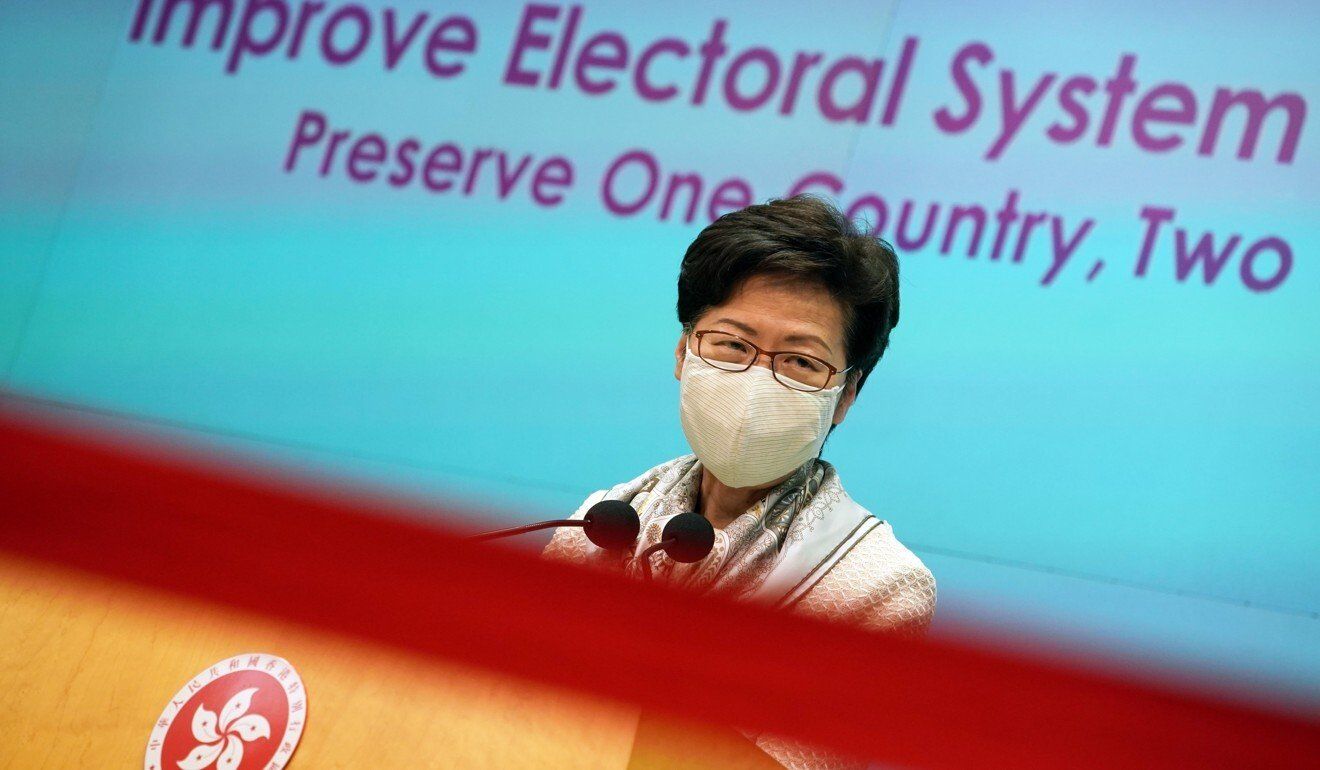 The final endorsement of the electoral overhaul came nine months after Beijing imposed a national security law on Hong Kong in a contentious move to prevent any repeat of the often-violent anti-government, anti-China protests of 2019.

The changes will further empower the Election Committee that picks Hong Kong’s chief executive to vet candidates running for Legco and send its own members to the legislature.

The committee will grow from 1,200 members to 1,500, as reported earlier by the Post – the 300 new members forming a fifth sector dominated by Beijing loyalists to beef up the existing business, professional, social and political groupings.

While candidates running for chief executive will still be required to secure nominations from an eighth of the committee, or at least 188 nominations once the body is enlarged, they will now have to further obtain at least 15 nominations from each of the five sectors. That will effectively shut out candidates who are overly reliant on a single one.

Candidates could previously be nominated by any 150 members across the original four sectors, which were further divided into 40 subgroups.

In another significant change, a separate review committee will be established to vet candidates for chief executive, the Election Committee and Legco.

Hong Kong must also improve its mechanisms to ensure candidates’ qualifications conform with the city’s mini-constitution, the Basic Law, as well as the national security law and key Beijing resolutions on the oath-taking requirements for lawmakers and their qualifications.

In the past, opposition forces had repeatedly secured a majority in some of the Election Committee subsectors such as the legal, accountancy and social workers’ groups. After winning a landslide victory at the 2019 district council polls, they were also set to take all 117 seats allocated to district councillors in the committee.

But under the revamp, the third sector will now comprise “grass-roots, labour, religious and other sectors”, indicating that social workers – drawn mostly from the ranks of the opposition – will not be given seats.

At a press conference on Thursday evening, Lam said social workers would be regrouped under the second, professional sector.

The NPC document stated the fourth sector would consist of “Legco members and representatives of district organisations”, rather than district councillors specifically.

It also indicated that the 36 local deputies to the NPC and about 200 Hong Kong members of the Chinese People’s Political Consultative Conference (CPPCC) would be grouped under the fifth sector, with representatives of Hong Kong’s “related national organisations” joining them in filling up the 300 new seats.

Legco will be expanded from 70 to 90 members, who will be returned by the Election Committee, as well as functional and geographical constituencies. 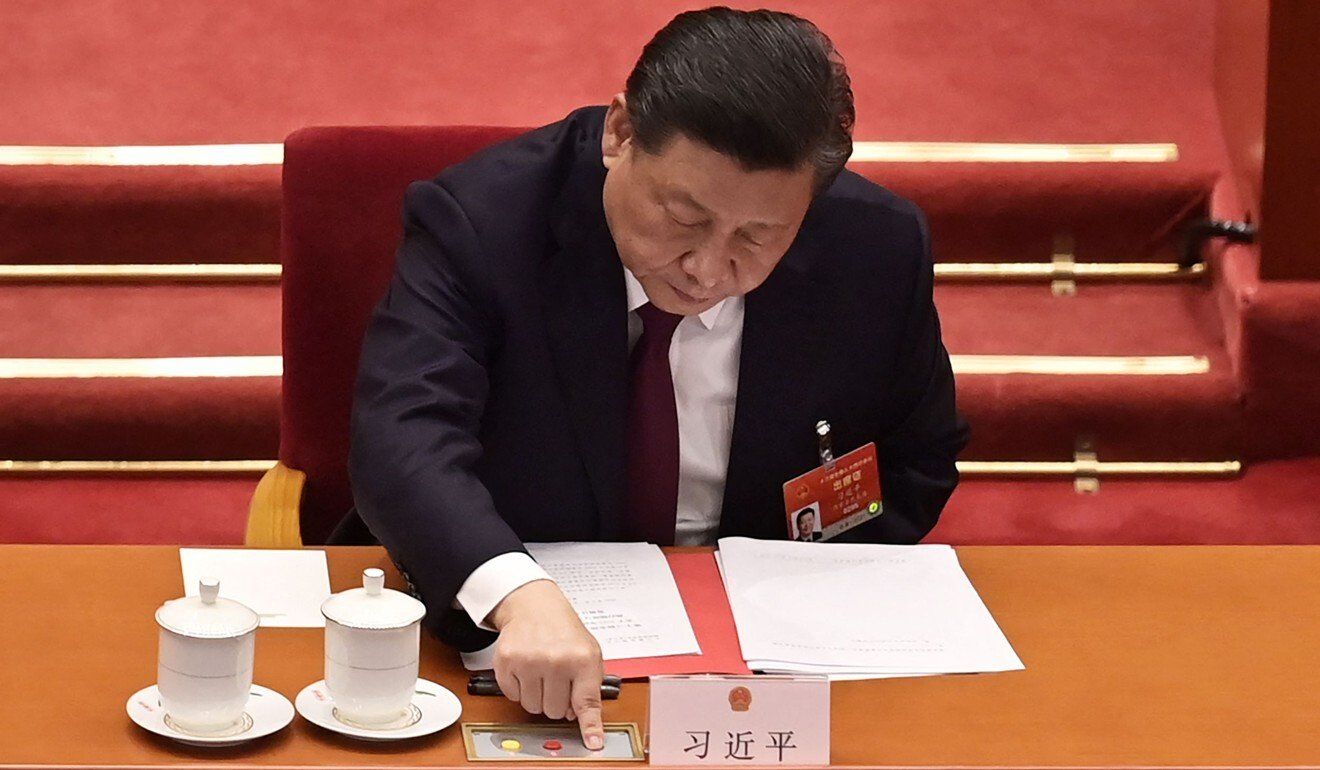 China's President Xi Jinping votes on changes to Hong Kong's election system during the closing session of the National People's Congress at the Great Hall of the People in Beijing on Thursday.

Currently, 35 lawmakers are elected from five geographical constituencies, while the remaining 35 are chosen from 29 functional constituencies which are largely pro-establishment-dominated, trade-based groupings.

Some sources said the geographical constituencies, functional constituencies and the Election Committee would take up 30 seats each, but others suggested they would occupy 20, 30 and 40 seats respectively.

The NPC resolution did not specify such details, nor did it repeat standing committee Vice-Chairman Wang Chen’s earlier remarks that the committee would elect a “relatively large proportion of lawmakers”.

Senior Beijing officials will hold a press conference on Friday and visit Hong Kong to gather feedback from different sectors. The standing committee is expected to meet by the end of March at the earliest to work out additional details, as well as amendments to Annexes I and II of the Basic Law.

Sources told the Post that in order to implement the changes, authorities were working towards organising the Election Committee, Legco and the chief executive elections in September, December and next March, respectively.

The State Council’s Hong Kong and Macau Affairs Office (HKMAO) said the restructuring would “dispel the political haze in Hong Kong and create a better future for the city”.

A spokesman for Beijing’s liaison office in Hong Kong said the overhaul was a legitimate way for the central government to “improve” the electoral system.

“It shows the collective will of the Chinese people in safeguarding national sovereignty and security … This is necessary for Hong Kong’s long-term prosperity and stability, and is lawful, just and progressive,” he said.

In separate statements, the heads of all government departments, the Legco president and various pro-establishment groups voiced their full support for Beijing’s decision.

Pro-Beijing lawmakers also said it was the NPC’s responsibility to take such action as “anti-China and separatist forces” had exploited loopholes in the electoral system to disrupt governance.

“They advocated separatism and colluded with foreign forces … The NPC’s decision is timely, has firm constitutional and legal foundations, and its legitimacy is unquestionable,” they said in a joint statement.

But opposition activists decried the changes, while British Foreign Secretary Dominic Raab described them as the “latest step by Beijing to hollow out the space for democratic debate in Hong Kong, contrary to the promises made by China itself”.

“This can only further undermine confidence and trust in China living up to its international responsibilities and legal obligations, as a leading member of the international community,” Raab said. 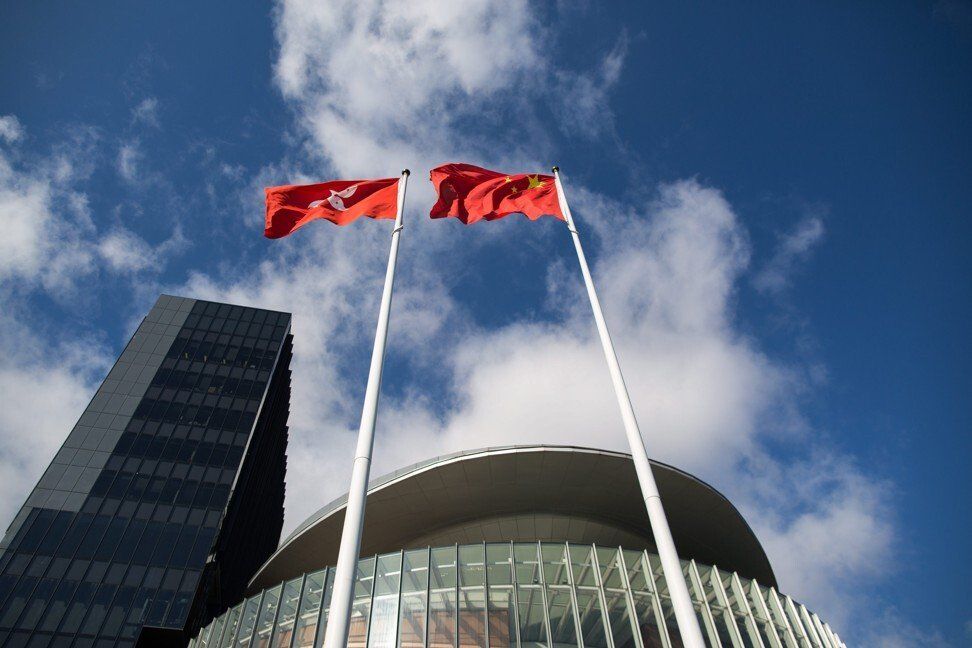 The Chinese flag and the Hong Kong flag fly on masts outside the Legislative Council in Hong Kong in 2015.

CPPCC delegate Starry Lee Wai-king, chairwoman of the Democratic Alliance for the Betterment and Progress of Hong Kong, insisted that dissenting voices would not be eliminated from political office.

“I believe a variety of people from different backgrounds and sectors will join Legco. Some of them will support the government’s policy … but of course there will still be criticisms. I don’t think it is a decision to get rid of the opposition,” she said.

“Hong Kong’s biggest problem is that public opinion cannot be reflected in the establishment. But under Beijing’s plan … directly elected geographical seats will decrease. This will make it even harder for the people’s voice to be expressed,” he said.

“The Democrats had insisted that we should not give up any elected position. But now we need to reconsider what role we can play in these posts, even if we do not give them up.”