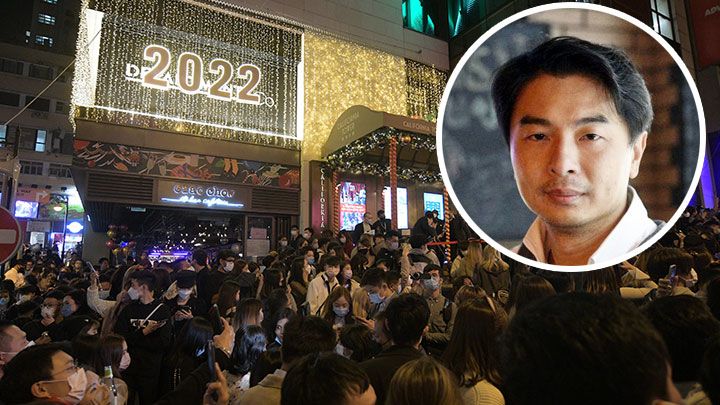 Bars demand compensation of at least HK$100,000 per outlet, after the government announced a two-week closure from January 7.
Operators were frustrated that their cooperation in enforcing a vaccine bubble did not spare them the closure.

Starting from Friday, all bars and entertainment venues will close for two weeks, and restaurants have to stop dine-in after 6 pm, Chief Executive Carrie Lam Cheng Yuet-ngor announced on Wednesday.

Chin Chun-wing, vice-president of the Hong Kong Bar and Club Association, criticized the government for making the industry bear the cost of inadequate disease prevention measures.

"It was your fault (the government) but let the bars bear the costs," Chin said.

He believed that the government should set up an anti-pandemic fund for the fifth outbreak, compensating at least HK$100,000 to each pub before the New Year so that they could pay rent and salaries.

Chin said that it was the loopholes in the government's measures to guard against imported cases from going into communities that triggered the fifth outbreak.

The government shifted the blame to Cathay Pacific, he said: "It was impossible for employers to assure that 100 percent of their staff follow the guidelines," Chin said. "It should be the government to impose heavier penalties to increase the deterrent effect."

He also criticized the government for suspending commercial activities across the city whenever there is an outbreak: "January is always the peak season for bars and clubs. The average turnover could normally reach HK$300,000 per pub."

He urged the government to allow premises that have launched a vaccine bubble to continue their operations.

Gordon Yau Yick-chung, from Asian Academy For Sports and Fitness Professionals, said that many investors started businesses last year, boosting the number of fitness and sports venues to the highest ever level of more than 1,189.

He said that the 14-day closure is a big blow to the industry, urging the government to "at least allow the premises to operate until 6 pm so that industry players' income won't turn to zero".