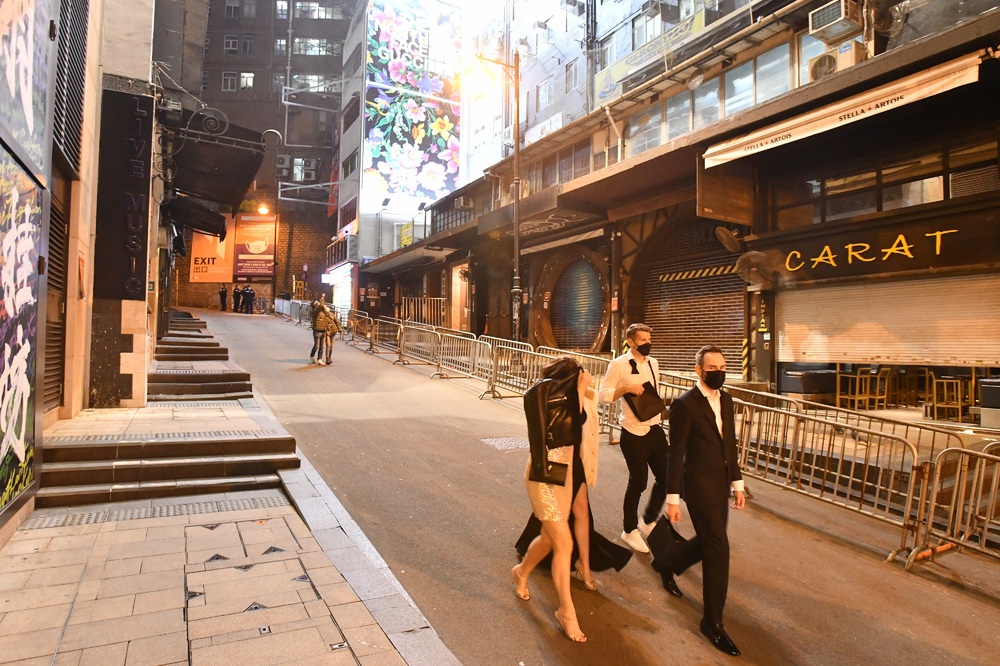 Representatives from the bar industry today urged the government to let them reopen, as they questioned why they have to remain closed while restaurants could extend their opening hours from Thursday.
The government earlier announced the easing of social distancing rules, allowing restaurants to extend their dine-in services from 6pm to 10pm from February 18 if the coronavirus situation remains stable, RTHK reports.

Venues like cinemas, gyms and amusement parks will also be allowed to reopen, but not bars.

Cat Hou, who chairs the Bartenders and Mixologists Union, said shuttering the bars will not help contain the epidemic here.

"We're closed since November 26 last year... but the spike of the fourth wave was in mid-January according to Sophia Chan, so after we had been shut down for two months, the real spike [in infections] came," she said.

"So what's the point to close the bars? Other than affecting our income and salaries, did it affect anything else?"

She said bars had been closed for half of last year, during which one-fifth of Hong Kong's 1,200 bars have folded.

Hou added that a lot of local bartenders are taking unpaid leave, and 30 percent had to take pay cuts.

She also urged the authorities to lend them a lifeline in the upcoming budget by providing cash subsidies to the bar workers who have lost their jobs.
#Coronavirus
Add Comment