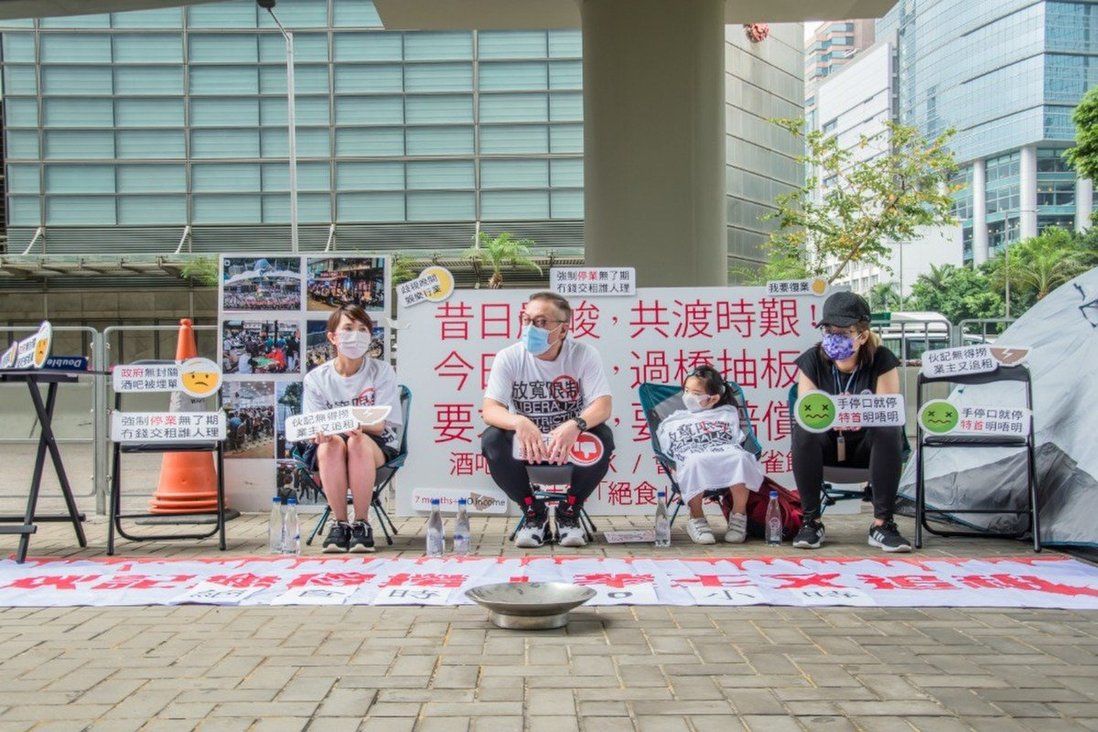 Industry representative Ben Leung hopes authorities could say clearly what conditions the venues should meet to be allowed to reopen.

Workers from Hong Kong’s pubs, karaoke bars and mahjong parlours have started a four-day hunger strike outside the city’s legislature to pressurise the government into allowing them to reopen as new coronavirus infections have remained low.

Although authorities relaxed social-distancing measures and reopened beaches and public swimming pools on Friday ahead of the Easter break, pubs, karaoke bars and mahjong parlours are yet to be allowed to resume activities.

“We previously met with the government and hoped they would throw us a lifeline and allow us to open for Easter,” said Ben Leung Lap-yan, charter president of the Licensed Bar and Club Association of Hong Kong.

“They said they would give us a chance, but in the end there was no such hope for a revival,” he said.

If the government continued to keep these venues closed, at least half of the city’s 1,400 licensed bars would face closure after Easter, he said.

Leung, along with at least 30 other workers from the three types of venues, will take turns going on strike in six to 12-hour shifts for four days until Wednesday, when the Easter holiday ends. He said they were hoping to hand in a petition to legislators on the final day, when Legco business resumed.

Pubs, karaoke bars and mahjong parlours were first ordered to close on April 3 last year. Since then, they have been closed for 230 days, opened with restrictions for 101 days, and only allowed to run normally for 24 days. “That’s not even a full month,” said Leung.

The latest round of closures starting in late-November meant the three industries had missed out on the usual peak season from Christmas to New Year. Even though representatives of the industries met with officials and expressed their willingness to follow anti-pandemic measures, they have yet to be allowed to reopen. 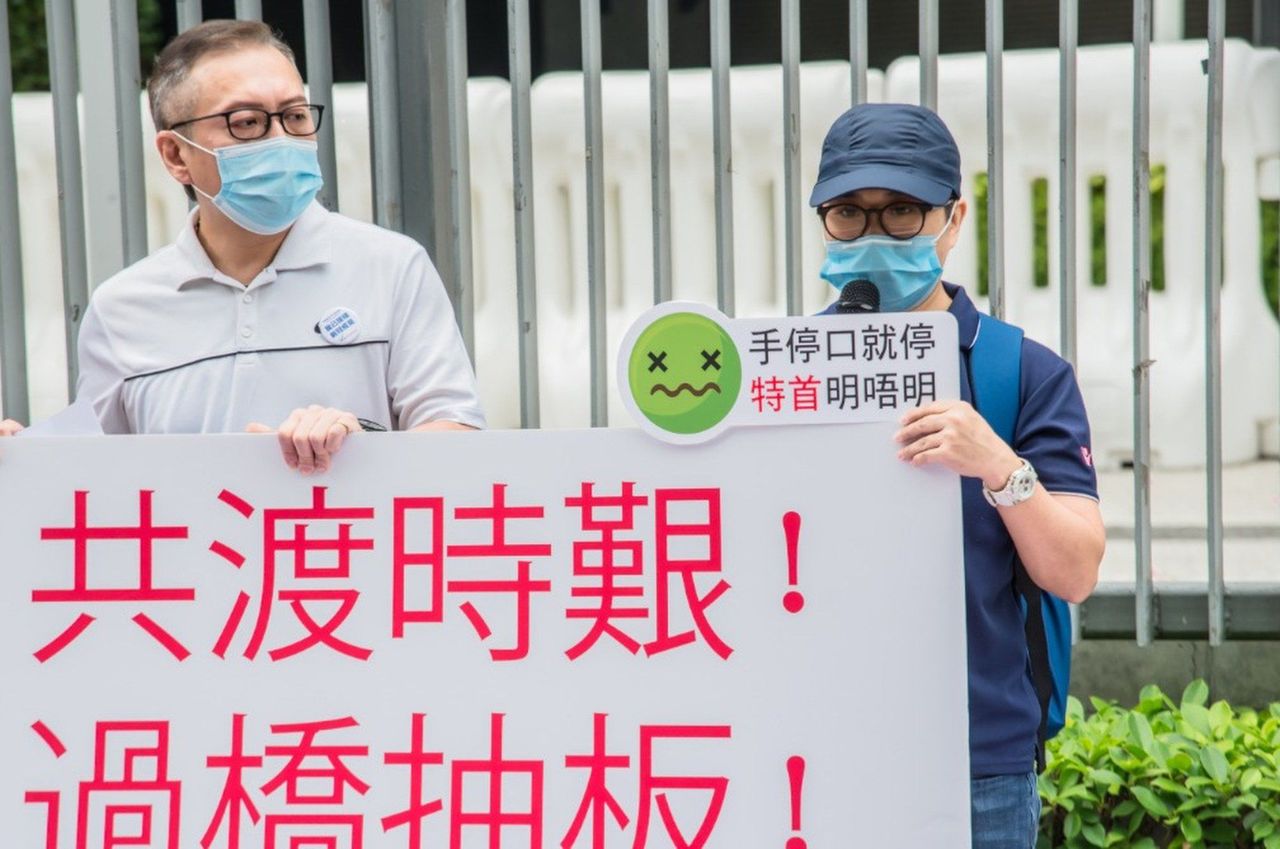 On Sunday, Hong Kong logged no local Covid-19 infections for the first time in a week, with only seven imported cases. The overall virus tally now stands at 11,508, with 205 related deaths.

The city last recorded two straight days without a local case from March 27 – a first in more than four months – before the streak was ended by a single infection last Monday.

Leung said he hoped the government could give clear orders on what conditions the industries would need to meet to be allowed to open, such as whether all workers should get vaccinated.

Lok, a karaoke bar worker in his 40s, told local media on Sunday afternoon he had been jobless for months, and lamented what he said was an unfair treatment meted out to the industry by the government.

“We have been cooperating with testing, and are willing to get vaccinated, still we cannot open. Disneyland and Ocean Park are packed with people, but karaoke rooms can only hold four people, you can see how disappointed we are,” Lok said.

While coronavirus caseloads in the past weeks have remained low, Chief Secretary Matthew Cheung Kin-chung urged residents to remain vigilant throughout the Easter holiday and Ching Ming Festival – also known as tomb-sweeping day.

On Sunday, the Food and Environmental Health Department said it had fined 10 catering business operators for breach of social-distancing rules, such as failing to ensure customers scanned the government’s risk exposure QR-codes or register their details, lack of maintenance of appropriate distance between tables and not following mask-wearing norms.