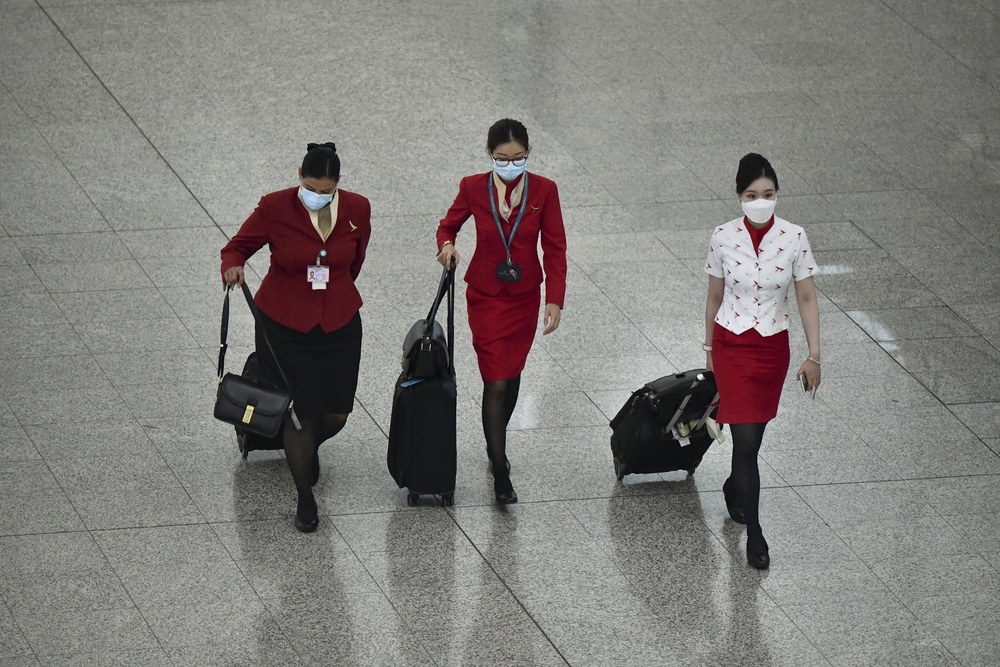 Axed for being unvaxxed, flight attendants hit back

Three ex-flight attendants fired by Cathay Pacific because they are unvaccinated have asked the airline to compensate them about HK$92,000 without using a nickel of its contribution to their mandatory provident fund.
The three ex-workers filed the compensation claim to the Labour Tribunal on Friday. The three applicants – Cheng Kit-ying, Kwong Ki-ki, and Yip Ka-ning – said on the document that Cathay fired them long before the vaccination deadline and therefore asked for about HK$92,000 compensation in total.

They also specified that Cathay must not use any of its contribution to the mandatory provident fund when making compensation.

In the hearing on Friday, they pointed out that Cathay earlier announced that all crew members must receive vaccinations on or before November 30, but they were fired on September 8 for not having received the vaccine.

They believed that Cathay should have allowed them to work until the previously given deadline.

Kwong said that she submitted medical proof back in August that she didn't get vaccinated because she was breastfeeding and planned to take the vaccine after she stopped breastfeeding. She slammed Cathay for ignoring her medical proof and firing her without knowing the whole story.

Their compensation claim was challenged by residing officer Timon Shum Kei-leong. Shum pointed out that this case may be a civil lawsuit and is therefore out of the jurisdiction of the Labour Tribunal.

As for their second requirement, it needs a judgment to be announced by the District Court or the High Court.

On the other hand, the lawyer representing Cathay said the airline would not compensate them or settle the case through mediation.

The case has been adjourned to April 27, 2022.
#vaccine
Add Comment