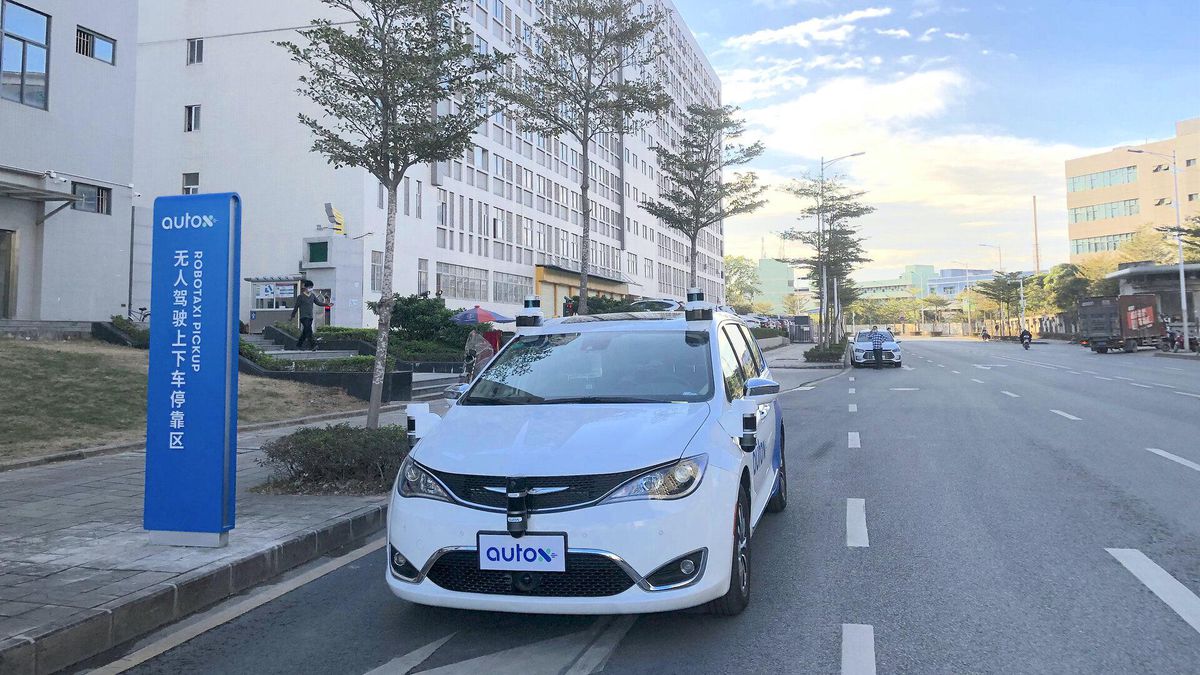 AutoX has announced that its Robotaxi service, with no safety drivers on board, will now be available to the general public in Shenzen.

AutoX, a Chinese self-driving startup funded by Alibaba BABA -2.7% and others has announced that its Robotaxi service, with no safety drivers on board, will now be available to the general public in Shenzhen. Last fall, they began test operations mostly with employees. This follows Waymo, who last fall also made their service open to the general public, though Waymo had been providing service to a limited set of the general public through a test program for the prior two years.

AutoX has been operating test robotaxi service in Shanghai as well, but uses safety drivers. After being tested at a Chinese government self-driving test center in Shenzhen, these cars are now approved to give real robotaxi service. Cars are summoned using a general app that can summon both human driven ride-hails and the robotaxi. It is unclear if the customer can insist they get a robotaxi, or if they are just assigned when available and when the passenger’s route matches the service limits of the vehicle.

AutoX also has a test permit to operate without safety drivers in California but has not deployed service. Members can sign up via the AutoX web page, though at present their are not reports of how the experience has been and how many who ask for rides will get them. Riders will be able to speak to AutoX agents, and rides are overseen by a remote operations center in Shenzhen.

A demonstration video details specifications of the car and a ride in a Pacifica minivan — the same vehicle used by Waymo as the platform for its service. The sample ride travels through some fairly uncongested and open streets for most of the ride, with a few unusual situations. Details on the full scope of operations were not disclosed, nor any numbers.

The vehicles operate in the Pingshan district, a quiet suburb of Shenzhen. Being Chinese, it is more built up than Chandler Arizona where Waymo operates, but seems a somewhat parallel location, chosen for pilot testing. Pingshan has been the site of a number of different Chinese self-driving pilot projects and tests.

Until we see numbers from AutoX, we can’t judge their project easily, but simply having the courage to let the general public ride around in the cars with no safety driver says something about the internal level of confidence at AutoX and the government regulators, and AutoX is the 2nd company to have had the confidence to do this.

AutoX, founded in 2016 by Jianxiong Xiao from MIT/Princeton, known as “Professor X.”

In other news, another Chinese company, Baidu BIDU -4%, has announced they have received a permit to test vehicles with no safety driver in California. Several companies (including AutoX) have these permits, but nobody has done significant testing in this form except perhaps Nuro.