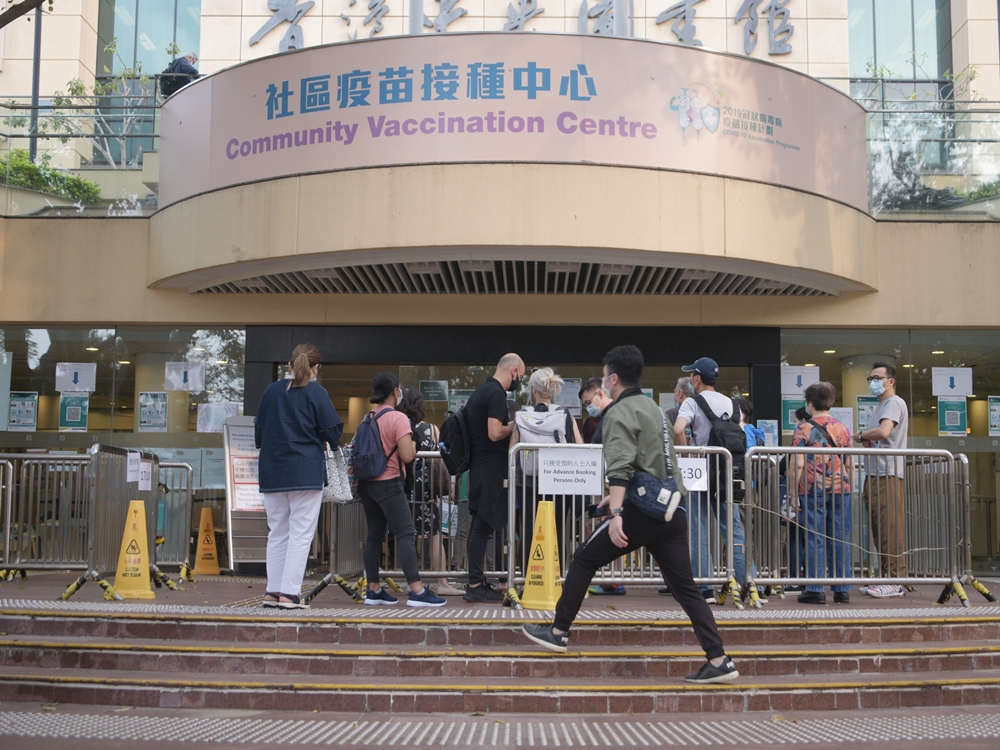 Health authorities on Friday said they were looking into the death of an Indonesian domestic helper days after she received her second dose of the BioNTech coronavirus jab, though they didn't think the death was caused by the vaccinations.
The Department of Health said the woman, 44, died nine days after receiving her jab. She was admitted to Kwong Wah Hospital this morning after she collapsed at her employer’s Ho Man Tin flat, she was certified dead later.

"There was no record of the helper complaining of feeling unwell during observation at the community vaccination center, and there was no clinical evidence to indicate association with Covid-19 vaccination," a spokesman said.

The cases have been referred to the coroner and the department will also pass them on to an expert committee for a causality assessment.

Meanwhile, over 2 million doses of COVID-19 vaccines had been administered for members of the public in Hong Kong.

As of May 16, health authorities received about 2,890 reports of adverse events, that is 0.15 percent of the total vaccine doses administered. There were also 20 death cases with vaccination within 14 days before they passed away.

The Expert Committee concluded that five cases had no causal relationship with COVID-19 vaccination and preliminarily considered that 15 cases were not associated with vaccination.
#COVID-19  #vaccine  #BioNTech  #Covid  #Coronavirus  #Vaccines
Add Comment