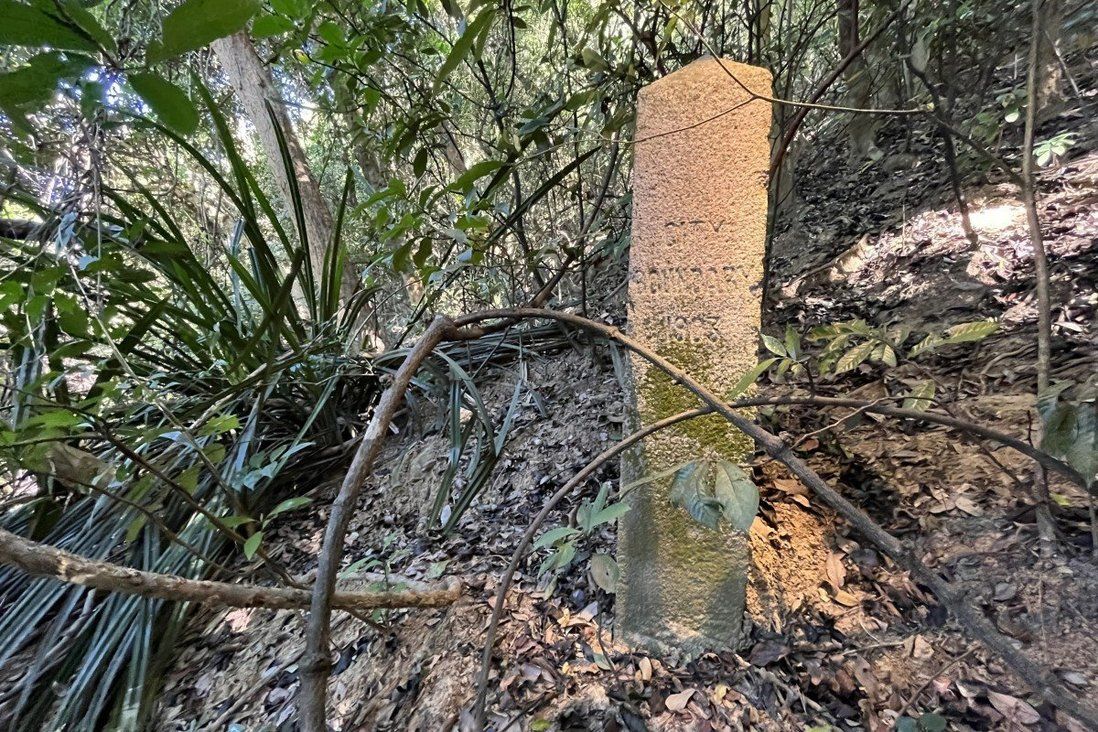 The Antiquities and Monuments Office says stone’s ‘City Boundary 1903’ inscription does bear resemblance to several other marker stones of the City of Victoria.

The government antiquities office is studying what could be a 118-year-old boundary stone that once marked the limits of Hong Kong’s first urban settlement after it became a British colony, following the discovery by a group of heritage lovers.

The Antiquities and Monuments Office told the Post on Friday its staff had visited the site on Lung Fu Shan on The Peak after the discovery, and found that the inscription “City Boundary 1903” did bear resemblance to several other boundary stones of the City of Victoria in their records.

If confirmed, the stone will be the eighth of its kind to be discovered.

“The office is conducting an in-depth study on the discovery, which will be added to its list of government historic sites for better protection upon determining its historical value”, it said, and urged residents to come forward if they had further information.

The City of Victoria, encompassing Central, Sai Wan, Sheung Wan and Wan Chai, was Hong Kong’s first urban settlement after it became a British colony. In 1903, the government published in its gazette proclaiming the city’s boundary, and seven stones erected to mark its limits have since been discovered. 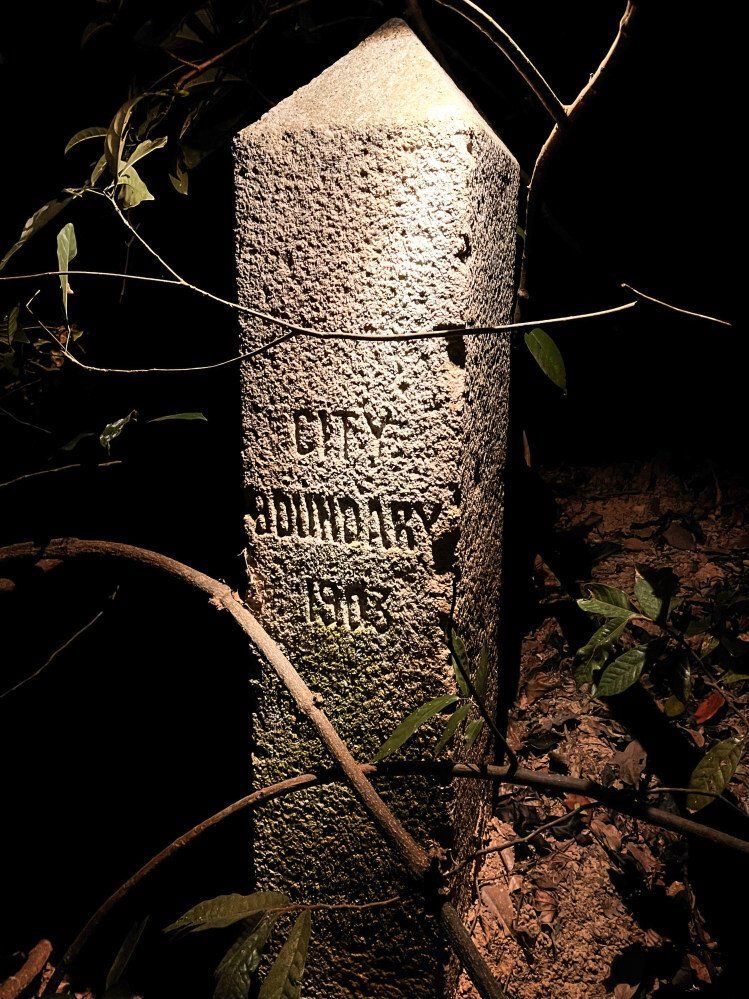 Online group Historical Walk Hong Kong on Thursday shared photos of what appeared to be the eighth stone in Lung Fu Shan, or the Hill Above Belcher’s.

The group of ardent hikers and explorers observed that the inscription on the newly discovered stone, a 1.36m metre-tall rectangular cuboid, appeared identical to the other seven stones. They also analysed maps showing an intersection point at the spot where the stone was located.

The boundary stones signified the beginning of urban development extending into the hills on Hong Kong Island, according to Siu Kwok-kin, history and heritage conservation expert at the Chu Hai College of Higher Education.

“The value of [the stones] lies in the history that they tell … They show how [development] was expanding towards the Mid-Levels, and how it was being recognised as part of the urban area,” he said.

Ebee Lam Hiu-yan, co-founder of Historical Walk Hong Kong and an outdoor adventure guide, said: “We hope the government can list this boundary stone as a heritage object, just as the others have been, such that when constructions are being planned, the government must be notified and therefore can protect the stone.”

Lam suggested that, as with most boundary stones, description boards could be set up nearby to inform and educate the public.

“The mere existence and location of the stone is of historical value, keeping it where it is would be sufficient,” she added.

Siu agreed with the group’s concerns, adding that “people in the future would have a wrong perception of the city’s historical territory” if the stones were moved around, but that minor shifts such as during road works were acceptable.

One boundary stone disappeared in 2007 during slope renovation work on Magazine Gap Road and remains missing. 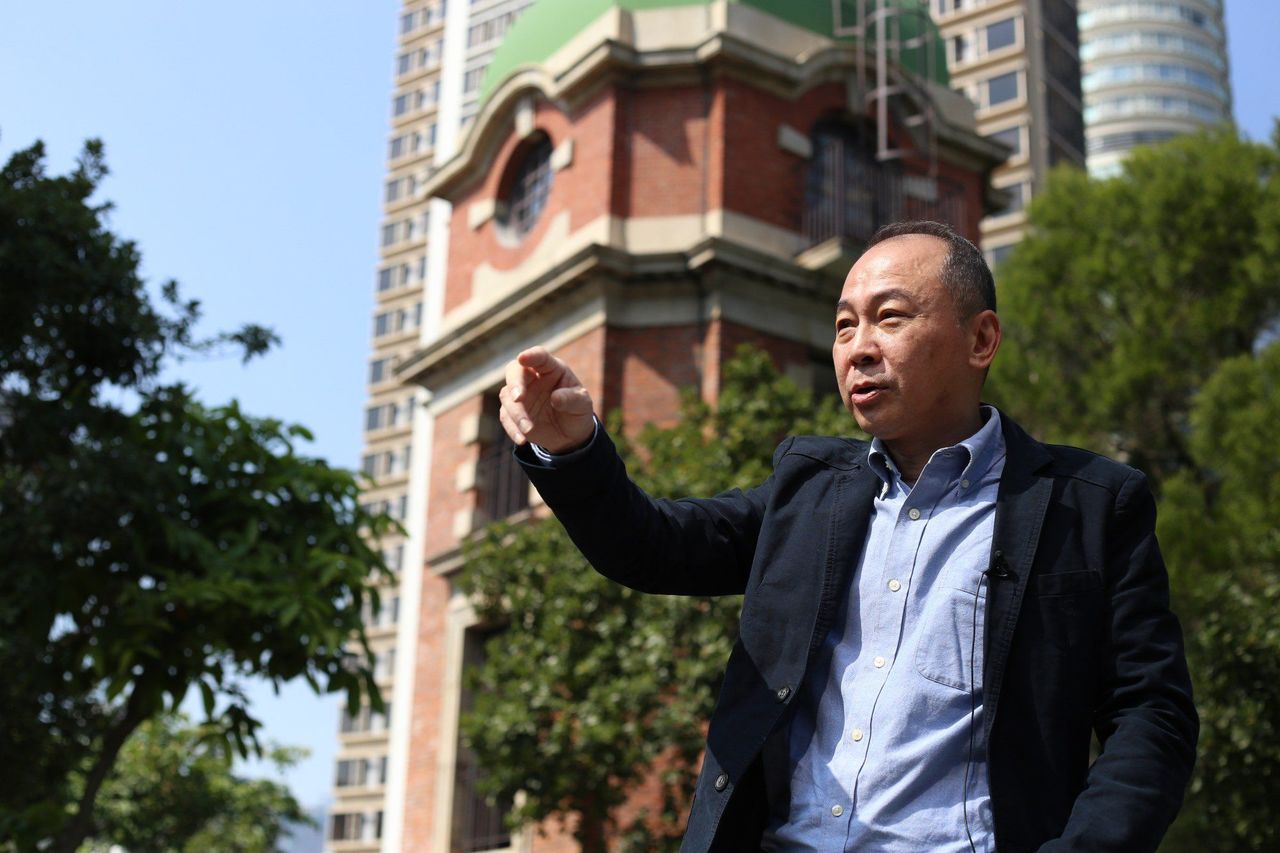 Ko Tim-keung, a history researcher, also warned against any form of relocation.

“I strongly object to rebuilding historic monuments and relocating them to other places, that is meaningless and totally unacceptable,” he said, referring the relocation of Murray House from Central to Stanley in 2001.

“Removing [monuments] and rebuilding a ‘refined’ version is meaningless – we don’t need refinement, we need authenticity.”

Boundary stones were often used to mark the limits between districts, communities, countries and private land.

“Some people may feel as though they’re just pieces of concrete, but they tell a story and can have massive educational value if conserved properly. [Such stones] allow the public to deepen their knowledge of the concept of Hong Kong’s boundaries,” Ko said.