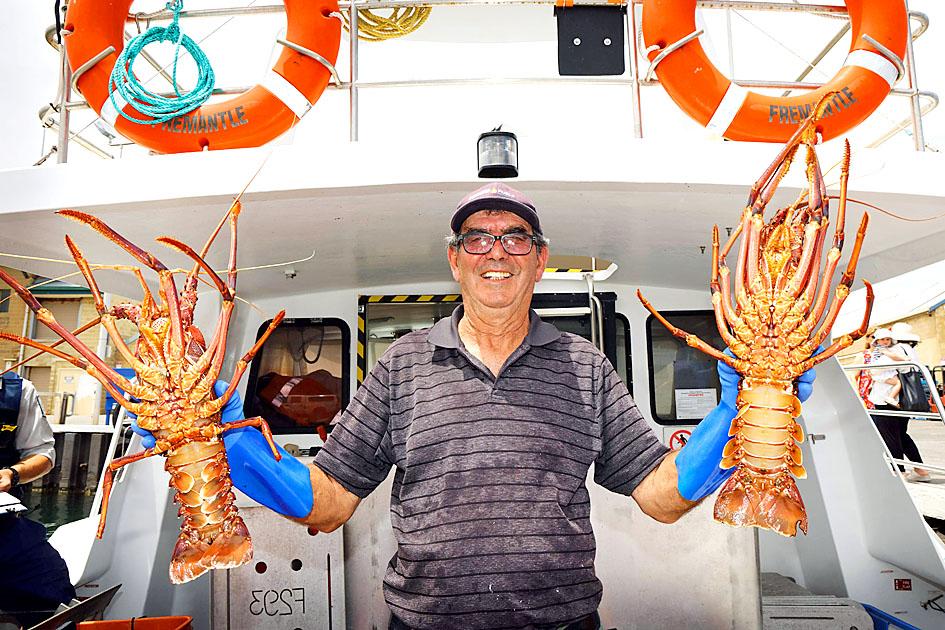 Australian lobsters getting into China via Hong Kong - Taipei Times

Australia’s rock lobsters - a long-prized delicacy among Chinese consumers - might be finding their way onto mainland menus through a backdoor that circumvents a worsening diplomatic and trading dispute between the two nations.
Since direct shipments to China virtually ground to a halt in November last year, Hong Kong has become the world’s largest importer of Australian lobsters, with monthly trade growing more than 2,000 percent from October last year to April.

While lower prices will have spurred some increased demand from Hong Kong consumers, experts say the dramatic spike is more likely due to a gray trade as the tasty crustaceans are sent across the border to the mainland.

“It’s highly unlikely that locked-down Hong Kong citizens are suddenly buying, cooking and eating 20 times more lobster in their homes over the last six months,” said Deborah Elms, the Singapore-based executive director of the Asian Trade Centre. “Lobster is a high-value product. As with any high-value product, the incentives to skirt the rules are also high.”

Customs clearance delays and increased inspections for lobsters, which are typically flown in on ice to be consumed within 72 hours or put into holding tanks, saw plane loads of exports perishing on the airport tarmac late last year. Australian officials, who investigated complaints of heavy metal traces in two shipments and reported back to Chinese authorities in December, are still awaiting a response.

Lobsters are the latest in a string of Australian exports to be caught up in the widening spat between Canberra and Beijing, after Australian Prime Minister Scott Morrison’s government led calls for an independent inquiry into the origins of COVID-19.

China accounted for 93 percent of Australian lobster exports of A$544 million (US$413 million) in 2019-2020, according to official government statistics compiled by the Canberra-based Fisheries Research and Development Corp (FRDC).

Lobster, which translates to dragon shrimp in Chinese, is viewed as a symbol of prosperity due to its auspicious name and vibrant red hue. Often steamed and presented with its shell intact at celebratory banquets, Australian rock lobsters are famous for their fine yet firm texture, salty tang and sweet aftertaste, retailing at a price two to three times that of Maine lobsters before China’s unofficial ban.

The trade has slumped by 99 percent in the first four months of this year compared with a year earlier.

Meanwhile, the value of Australian lobster exports to Hong Kong in April was A$25 million — the highest monthly total since February 2013, FRDC data showed. The total for the first four months of the year was A$78.1 million, more than triple the value for the whole of last year.

It is unlikely they have all stayed within the territory.

China’s fish and crustaceans imports from Hong Kong jumped from US$500,247 in September last year to US$10.6 million in April, Chinese customs data showed.