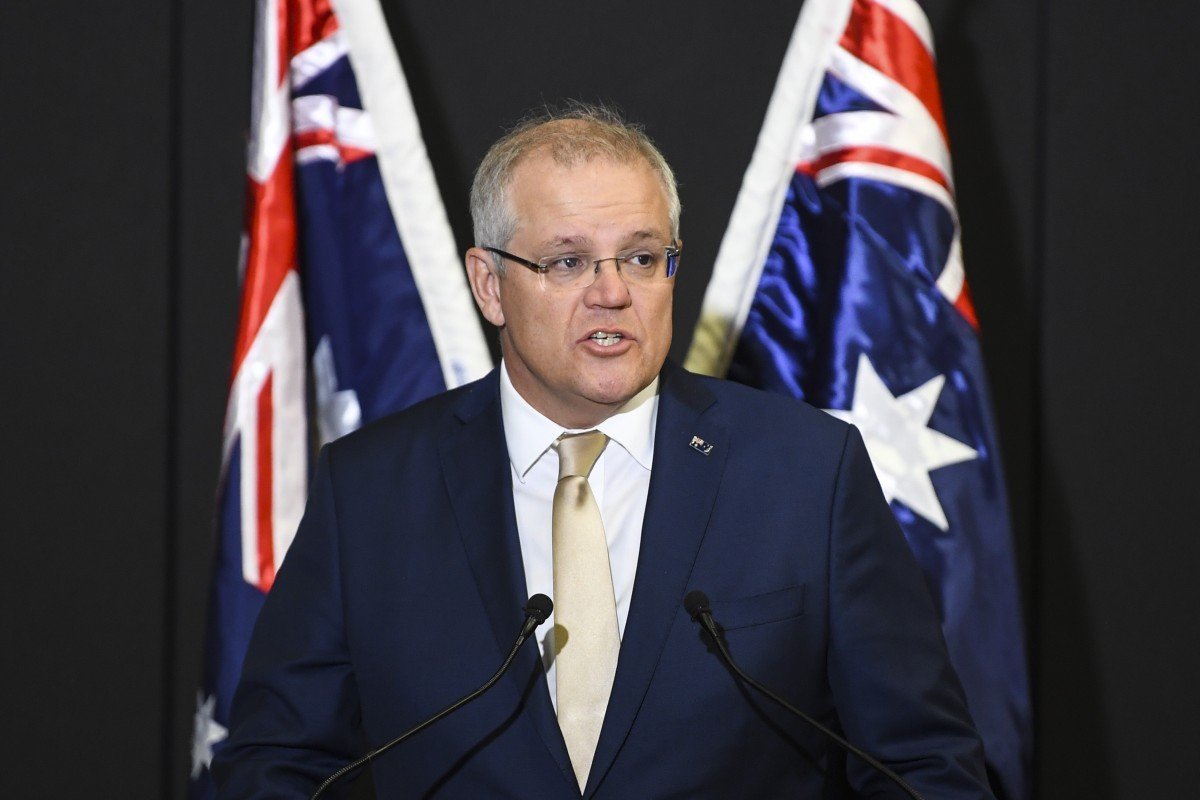 Scott Morrison said the situation in the city was ‘very concerning’ and the country was ‘prepared to provide support’ to Hong Kong residents. His statement comes a day after the UK announced a new path to citizenship for those with BN(O) status

Prime Minister Scott Morrison said the situation in Hong Kong was “very concerning” and his government was “very actively” considering proposals to welcome in residents of the former British territory.

Asked by a reporter whether Australia could extend an offer of safe haven, Morrison responded “yes.”

He said the measures would soon be considered by his Cabinet, hinting strongly that it would be approved.

“We think that’s important and very consistent with who we are as a people.”

It comes a day after the United Kingdom announced a new route for those with British National (Overseas) status and their families to move there and eventually apply for citizenship.

Hong Kong was under UK jurisdiction until Britain handed it back to China in 1997 with a guarantee that Beijing would preserve the city’s judicial and legislative autonomy for 50 years.

But critics say the new law – passed by Beijing’s rubber-stamp parliament this week without its text being released to the public – breaches the “one country, two systems” principle that formally entered international law in 1984.

Morrison said no final decision had been made on how Australia’s arrangements would be structured but the country was “prepared to step up and provide support” to Hong Kong residents.

“Under the new national security law, the CCP government will use all their means to silence all opposition,” said Claudia, a representative who did not want to give her last name citing concerns about potential repercussions.

Another Australia-Hong Kong Link member, who asked to be referred to as John, welcomed the “lifeboat” option but expressed sadness at the possibility he would never be able to come home.

“Being a refugee means you can no longer return to your home country,” he said. “I do want to see the beautiful view of Victoria Harbour in Hong Kong again.”

Any offer by Canberra is sure to further strain its relationship with Beijing, coming after repeated clashes between the two sides.
Most recently, Australia enraged China by calling for an independent investigation into the origins of the coronavirus pandemic.

Canberra has also pushed back against what it describes as China’s economic “coercion”, covert influence campaigns and the use of technology companies like Huawei as a tool for intelligence-gathering and geopolitical leverage.

China has warned its students and tourists against going to Australia, slapped trade sanctions on Australian goods and sentenced an Australian citizen to death for drug trafficking.

On Wednesday, Peters said it was “a critical moment for fundamental human rights and freedoms protected in Hong Kong for generations” and that New Zealand had “serious concern” about the legislation.

The embassy said it opposed foreign interference, and added: “We urge the New Zealand side to respect China’s sovereignty, abide by international laws and basic norms of international relations, stop interfering in Hong Kong affairs and China’s internal affairs, and do more to promote the sound and steady development of the China-New Zealand relations.”