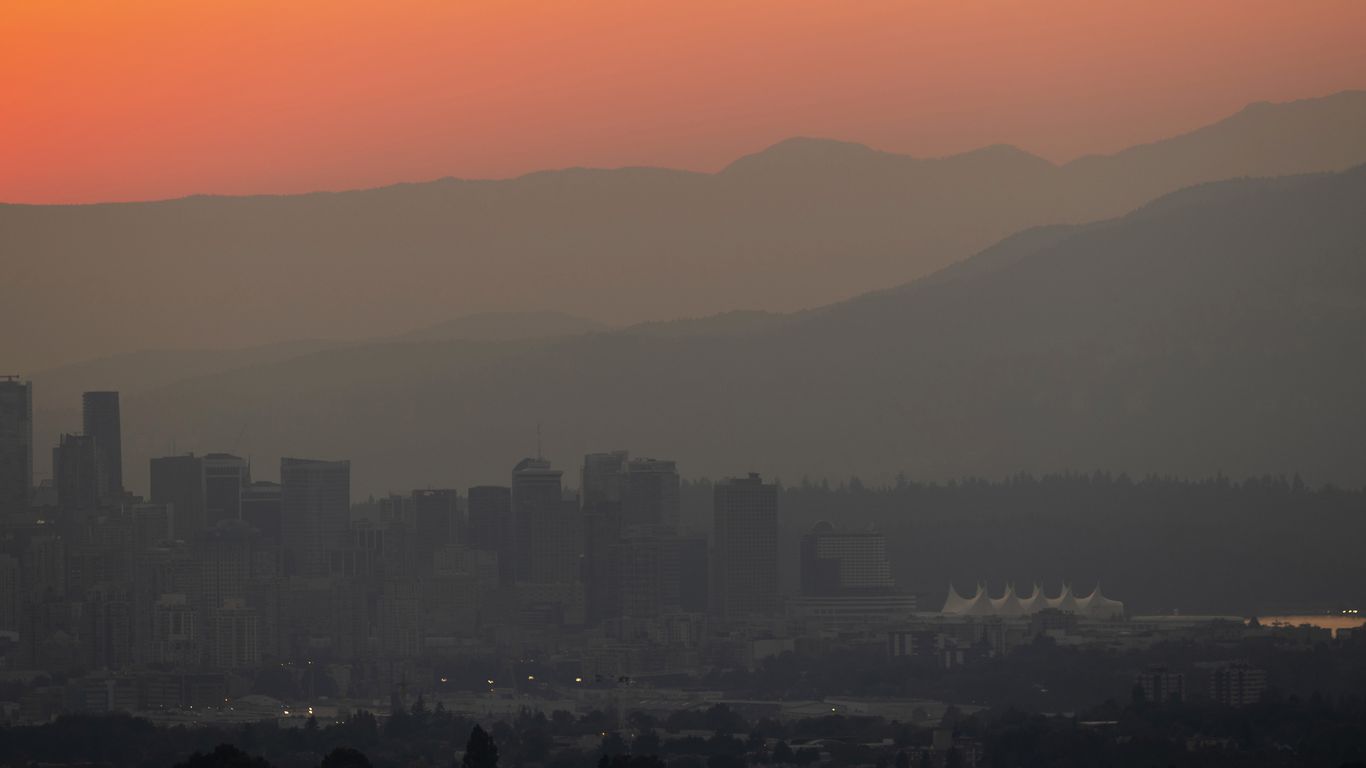 At least 486 dead in British Columbia amid historic heat wave

The deaths represent a "195% increase over the approximately 165 deaths that would normally occur in the province over a five-day period."
Nearly 500 people have died in British Columbia since Friday as a historic heat wave grips the region, Chief Coroner Lisa Lapointe said in a statement Wednesday.

The heatwave in the Pacific Northwest has shattered records and alarmed scientists. In Lytton, British Columbia the temperature soared to 121°F on Tuesday, conditions which, in North America, are usually reserved for the desert Southwest.

The record-breaking temperatures scorching the Pacific Northwest have translated to a markedly higher death rate than usual in British Columbia.

"The last five days in British Columbia have seen an unprecedented number of deaths reported to the BC Coroners Service. Between Friday and 1 p.m. today, at least 486 sudden and unexpected deaths have been reported to our agency," Lapointe noted.

The 486 deaths represent a "195% increase over the approximately 165 deaths that would normally occur in the province over a five-day period," she added.

Although not all of these deaths can be attributed to the heatwave in the Pacific Northwest, Lapointe said the extreme weather is likely responsible for the surge in numbers.

“While it is too early to say with certainty how many of these deaths are heat related, it is believed likely that the significant increase in deaths reported is attributable to the extreme weather B.C. has experienced and continues to impact many parts of our province."

The number is "preliminary" and is expected to increase as more reports are filed and data is updated.

What they're saying: John Horgan, the premier of British Columbia, said at a press conference Tuesday that the heat wave underscored the existential threat posed by global warming, per the New York Times.

“The big lesson coming out of the past number of days is that the climate crisis is not a fiction,” Horgan said. “It is absolutely real.”

Our thought bubble, from Axios' Andrew Freedman: Climate studies have shown that extreme heat events such as this one are becoming more severe and frequent due to human-induced climate change, but the magnitude and longevity of this weather pattern has shocked many climate researchers.

To put the heat into context, the all-time high temperature record in Las Vegas, Nevada stands at 117 degrees. British Columbia shattered that this week.
Add Comment