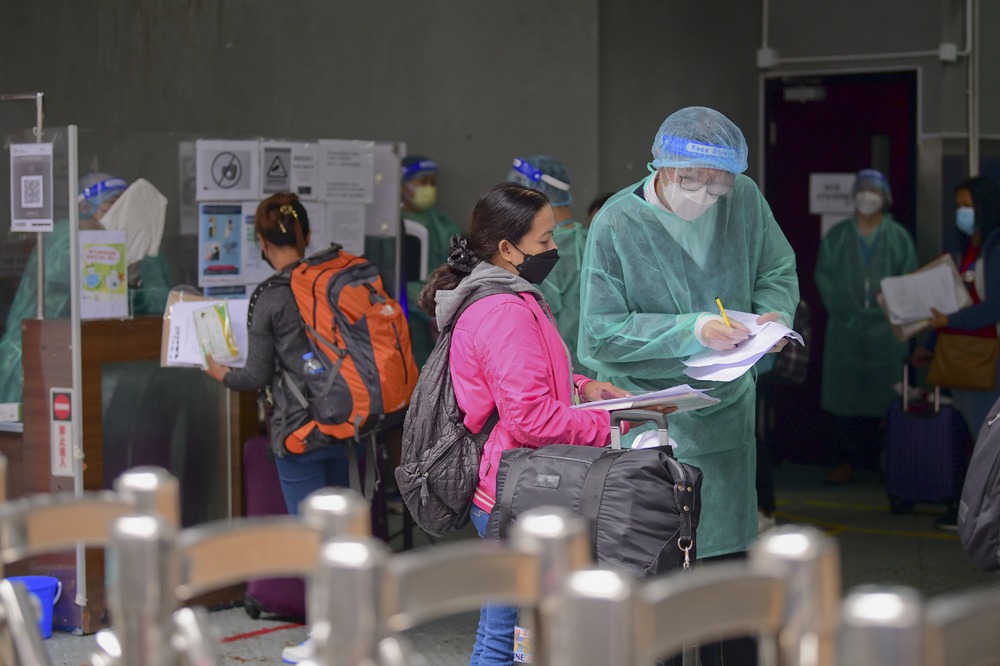 Hong Kong has been urged to follow Singapore's example in requiring foreign domestic workers to quarantine in their home countries before they head over.
Such measures are aimed at reducing the number of infected workers arriving in HK, mitigating the risk of flight suspensions due to infection of passengers.

Under the fifth wave, the Hong Kong government has banned flights from nine countries including the Philippines until April 1. It caused a labor shortage as Filipino foreign domestic workers were unable to come to Hong Kong.

To solve the shortage and minimize job-hopping, Legislative Council member Edward Leung-hei suggested that Hong Kong could follow Singapore’s example requiring the helpers to undergo quarantine in their home countries before boarding their flights.

Singapore introduced its pilot program in July last year requiring participating domestic workers to be quarantined in their home countries for 14 days and undergo multiple rounds of Covid-19 testing before they come to the country.

“If Hong Kong also implements relevant measures, patients can be identified before foreign domestic workers board their flights, reducing the risk of flight disruptions,” Leung said.

Leung also added that arrangements allowing arriving domestic workers to receive the third dose of the vaccine at the airport should be made. They will be able to get sufficient rest during the quarantine period, and meet the requirements of the vaccine passport to have three injections by the end of May.

It is estimated that 5,000 to 10,000 foreign domestic helpers are waiting to come to Hong Kong.

President of the Hong Kong Employment Agents Association Lam Chi-hung said that foreign domestic workers have been waiting to come to Hong Kong over the two-year course of the pandemic.

“Some workers hired (by Hongkongers) as early as 2020 are still in the Philippines,” Lam said. “Whenever flights are interrupted, air tickets and quarantine hotels booked by the foreign domestic workers must be rebooked.”

Siu Suk-ching, an employment agency representative, pointed out how the no-fly order affects employers. “The flight ban and quarantine measures for the helpers affects the agencies’ and the employers’ arrangements.”