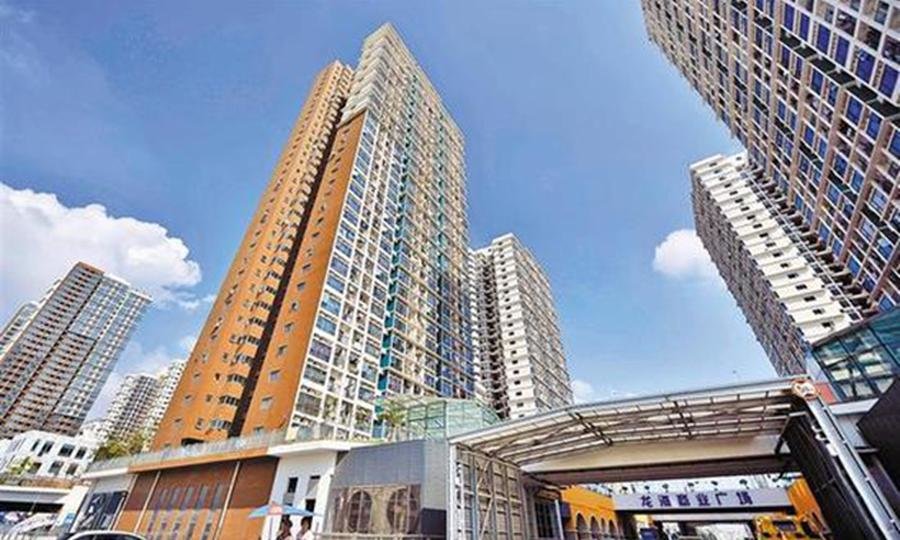 Public housing is on the rise in Shenzhen

Officials say the new units will be competitively priced at US$2,900 per square meter.

Showcasing China’s reform and opening-up, 13 public housing projects – 11,000 apartments – are being constructed in Shenzhen. Total investment is estimated to be more than 13 billion yuan (US$1.9 billion).

The Shenzhen Municipal Housing and Construction Bureau said the price of public housing units will be as low as 20,000 yuan (US$2,900) per square meter, or 50 to 60% of the market price in nearby districts.

A stronger focus on public housing has reflected the latest direction of Shenzhen’s property policy, which aims to help people to secure better accommodation.

Shenzhen, headquartered with world-class enterprises including Huawei Technologies and Tencent Holdings, has attracted a large number of migrants with its fast-growing economy and increasing job opportunities during China’s reform and opening-up in the past four decades.

Shenzhen has the youngest urban population in China, with the average age of permanent residents being 32.5. However, a lot of young people who relocate to this city to realize their dreams cannot buy their own houses due to ultra-high housing prices.

Since the housing market reform began in Shenzhen in 1998, the real estate industry has developed rapidly, while economic growth has also pushed up property prices. According to data compiled by property website Anjuke, property prices in Shenzhen have increased by 227% over the past decade.

In August 2018, the Shenzhen Municipal Government issued an opinion on how to deepen housing system reform and increase the housing supply. The opinion was seen as the second property market reform of the past 30 years.

Differing from the last reform, in 1998, this opinion outlined the government’s system to ensure the housing supply from now to 2035, emphasizing that housing units are for living, not speculation.

By 2035, at least 1 million – 60% of the 1.7 million new housing units – will be designated as housing units for non-local professionals, affordable homes, and public rental flats.

“The current large-scale construction of public housing in Shenzhen is aimed at completing the tasks that have not been done in the past,” Gu Yunchang, vice president of the China Real Estate and Housing Research Association, told Asia Times. The latest reform, which will help non-local residents buy their own houses in Shenzhen, is an extension of the last one and should not be treated as the second reform, Gu said.

In August this year, China’s State Council said in its opinion about supporting the establishment of a pilot demonstration zone in Shenzhen that the city should increase its pace to improve its affordable and public housing systems.

Amid the social unrest in Hong Kong, the urgency of housing system reform in Shenzhen is clear it said.

Snow, a Hong Kong-based real estate researcher, said the key goals of property policies in Hong Kong and China are to promote the idea that housing units are for living, not speculation.

“In the long run, China should abandon the Hong Kong model but adopt the Singapore one, which is dominated by public housing with private housing as a supplement,” Snow said.

However, it is not easy to accomplish this mission of promoting “home ownership” as the Shenzhen government has relied on land sales to generate revenue for a long time.

First, Shenzhen’s property prices have already been very high, compared with other major global cities. According to the statistics compiled by Numbeo, the property price-to-annual income ratio is 45.37 in Shenzhen, putting it in fourth place globally. The ratio is 49.38 in Hong Kong, which ranks No 2. Mortgage borrowers pay an interest rate of 5% on the mainland, compared with only 2% in Hong Kong.

Second, a lot of people in Shenzhen cannot obtain their own houses. According to the “White Paper on the Real Estate Market in the Greater Bay Area” published by the Shell Research Institute, only 23.7% of people in Shenzhen own their flats, the lowest percentage of the cities in the area.

Given the shortage of land in Shenzhen, public apartments can help ease the city’s housing problems, Yan said. For example, some rural houses can be transformed into rental apartments, he said.

Gu Yunchang, who participated in the drafting of the National Housing Reform Program in 1998, said every Chinese property market consists of public and private housing, so Shenzhen is no exception.
Add Comment