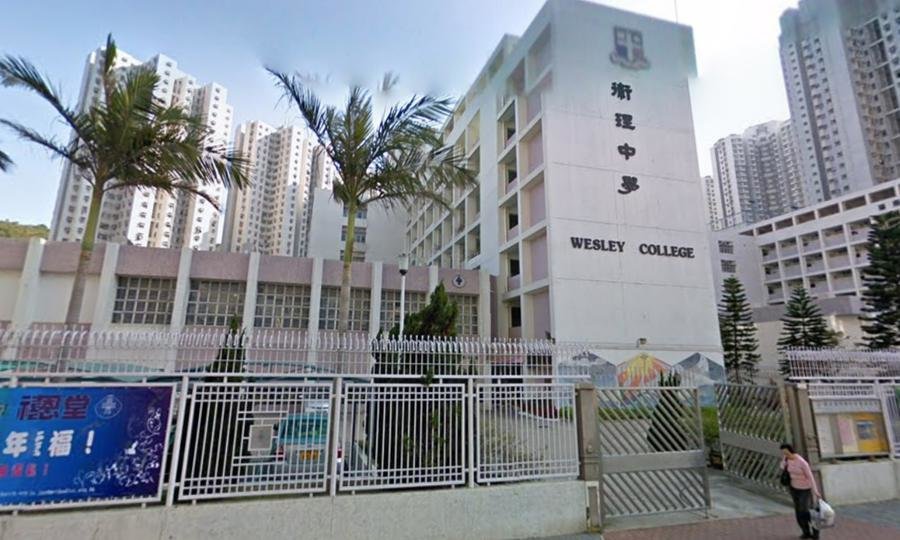 The preacher also attended religious class after church and had a meeting at a school
A 59-year-old Hong Kong preacher infected with the Wuhan coronavirus held a Sunday service for 140 people, attended a religious class with 10 people and visited a school before he was confirmed to have the virus.

The preacher was confirmed to be infected with the Wuhan coronavirus on Tuesday, nine days after he developed symptoms, according to the Centre for Health Protection.

The man, who worked for the Jubilant Grace Methodist Church, developed symptoms of fever, cough and shortness of breath on February 2. Wearing a mask, he took part in Sunday’s church services attended by 140 people and a religious class attended by 10 people in The Methodist Church Hong Kong Wesley College in Siu Sai Wan on the same day.

On February 5, he went to the school campus again for a meeting with five people, but did not have contact with any staff or students as classes were suspended. He went to see a doctor the following day.

On Monday, he went to the emergency room of the Pamela Youde Nethersole Eastern Hospital and was confirmed to be infected with the Wuhan virus on Tuesday.

Reverand Chiu Sau-kuen, director of the Jubilant Grace Methodist Church, said in a statement on the church’s Facebook page that the infected preacher was in a critical situation. She said all activities of the church had already been canceled for February, while church members could join Sunday worship on the internet.

Nam Ching-She, Principal of The Methodist Church Hong Kong Wesley College, said during the class suspension period that one teacher and two staff were on duty in the school, while two to three students on average went to the school on every weekday.

Nam said no staff or students were required to be quarantined. The school and church office will be completely closed and sterilized for a week.

The infected preacher became the 43rd confirmed case of Wuhan disease in Hong Kong and there were 49 cases as of Tuesday. His wife, daughter and domestic worker, who were living with him in Block 3 at the Island Resort in Siu Sai Wan, were required to be quarantined although they did not show any symptoms.

Prior to this case, a 70-year-old man was confirmed to be infected more than one week after he showed symptoms.


The man, who had underlying illnesses and resided in Choi Fung Court in Ngau Chi Wan, developed a cough, chills and shortness of breath on January 30 and diarrhea on February 1.

He had consulted two private doctors during the period from February 1 to February 7 and attended the United Christian Hospital on February 8 and had persistent chills and shortness of breath. He was admitted for isolation and management.

According to the patient’s information, he had no travel history during the incubation period and mainly stayed at his home and his son’s home at the same building. His wife, son, daughter-in-law, grandson, granddaughter and domestic helper were asymptomatic but were required to be quarantined.

Among the four cases reported previously, one domestic worker was allowed to stay at her employer’s home in Block 1, Villa Esplanada, in Tsing Yi for self-quarantine, instead of going to a holiday camp, as she had to take care of the 90-year-old parents of her infected employer.

HelperChoice, a digital platform matching employers with foreign domestic workers, recently carried out a survey with 921 domestic workers deployed in Hong Kong where they shared how the Wuhan virus was affecting their daily lives and work.

About 77.3% of the surveyed domestic workers said they were scared by or a little worried by the coronavirus, but added they would stay in the city to work, according to the survey. About 15.9% said they were not afraid of the epidemic, while the remaining 6.8% said they were very worried and considering working in another place.

Make Leclerc, head of HelperChoice in Hong Kong, said most foreign domestic workers had remained optimistic about the situation in the city with many saying they were encouraged by employers to take it easy.

“My employers advised me to maintain good personal hygiene, avoid crowded places and direct contact, including kissing on the cheeks and handshaking,” a domestic worker named Joy told HelperChoice. “They also told me to take more time to sleep, as having enough rest can boost my immune system. Today I appreciate my employers even more than I did before.”
Add Comment