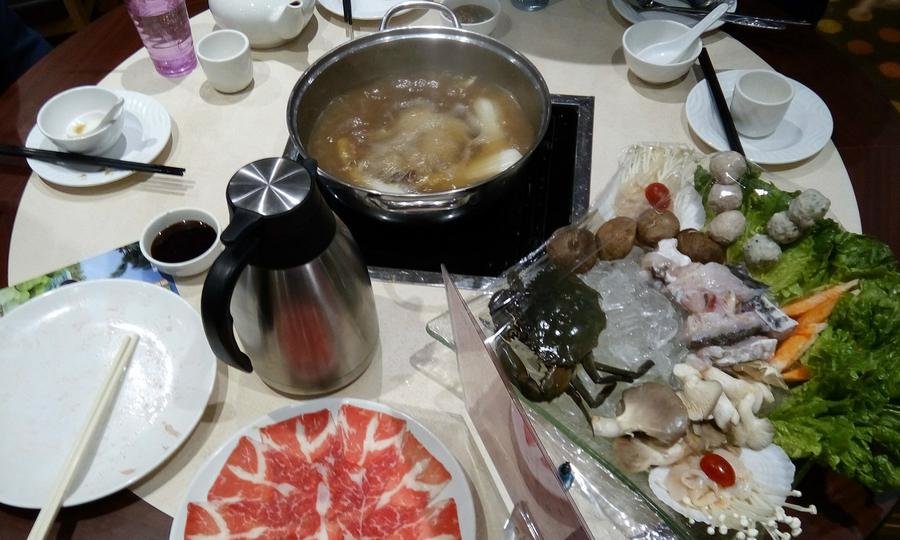 Experts say aerosols can be created only in a particular environment, probably not in hotpots and saunas

A hotpot dinner in Kwun Tong on the Kowloon peninsula two weeks ago has spurred debate on whether aerosols – or the warm vapor of the hotpot – are linked to the transmission of the coronavirus.

Ten people caught the Wuhan virus in this district in Hong Kong, but most experts say they got the disease through close contact at the dinner with relatives from mainland China last month. There are mixed opinions on whether environmental factors such as the warm vapor of the hotpot helped transmit the disease.

On January 26, the second day of the Lunar New Year, 19 members of a family went to a hotpot and barbecue meal in a party room at an industrial building in Kwun Tong. Two weeks later, on Sunday, 10 of them were found to have the coronavirus, while another person was showing some symptoms of illness, the Centre for Health Protection said.

Two relatives from Guangdong province went to the get-together. One did not have any symptoms but the other was waiting for test results, Cheung Chuk-kwan, director of the Centre’s Communicable Disease Division, said in a Hong Kong media briefing on Sunday.

The operator of the venue, Lento Party Room, said in a statement it had closed operations so the site could be sterilized. It said all staff would have to undergo quarantine at home for 14 days.

Cheung said it was hard to say yet if the steam or mist of the hotpot helped transmit the coronavirus. She said more study was needed.

Infectious disease experts in Hong Kong had mixed opinions on this. Some did not believe the steam of the hotpot could create ‘aerosols’ that would attach to the virus.

An aerosol particle has a diameter of less than 10 micrometers and is usually created when a droplet containing a solution such as sodium chloride or salt dries up quickly and becomes a much lighter “droplet nuclei” that can remain suspended in the air for long periods of time.

But a droplet of saliva is usually more than 100 micrometers and can’t go more than two meters in the air as it is heavier, they said.

Steam particles of hotpots, saunas and irons were different from aerosols, as they were hot and could kill germs and virus, said David Hui Shu-cheong, chairman of the Chinese University’s Department of Medicine and Therapeutics in the Faculty of Medicine.

Hui said people were infected during a hotpot gathering simply because they sat too close to each other and touched some droplets of fluid from an infected person’s respiratory tract. A person could cough out droplets with virus 1.8 meters, while the droplets could stick on to some objects. If someone touched these objects and rubbed their eyes and noses, they could be infected, he said.

Yuen Kwok-yung, a microbiologist at the University of Hong Kong, said people were infected at the hotpot gathering by droplets from an infected person, not aerosols. Yuen said aerosols were usually created in some medical procedures such as sputum drawing and bronchoscopy, not in hotspots.

However, Joseph Tsang Kay-yan, a specialist in infectious disease, said the possibility that hotpots could lead to a higher risk of virus transmission could not be ruled out. Tsang said droplets with the virus could dry up and become lighter particles more easily in a hotpot party room, as the boiling water accelerated the air stream in the room. He said a closed-door environment would also have a higher risk of cross-infection.

On February 5, China’s National Health Commission said in a statement the Wuhan coronavirus was mainly transmitted by direct transmission, contact transmission with the droplets of respiratory tract fluid, but more evidence was needed to prove transmission through aerosols or faeces.

Experts on the mainland had to clarify a slip of the tongue by an official in Shanghai in regard to ‘aerosol transmission’.

Zeng Qun, deputy head of the Shanghai Civil Affairs Bureau, said in a media briefing on Saturday that confirmed transmission routes of the novel coronavirus include direct transmission, contact transmission – and aerosol transmission.

“Aerosol transmission refers to the mixing of the virus with droplets in the air to form aerosols, which causes infection after inhalation,” Zeng said, citing some medical experts.

However, Feng Luzhao, a researcher with the Chinese Center for Disease Control and Prevention, clarified in a Beijing media briefing on Sunday that there had NOT been any evidence that the Wuhan disease could be transmitted by aerosols. Feng said that droplets of respiratory tract fluid could only suspend in the air within one to two meters, so good ventilation in close-door environments could help lower the chance of virus transmission.

Meanwhile, Qian Hua, a professor at the School of Energy and Environment at the Southeast University in Nanjing, told The Beijing News in an interview that during the seconds that a droplet becomes a droplet nuclei or an aerosol particle, viruses on its surface see a rising death rate due to the increasing salinity of the droplet. However, once a droplet nuclei was formed, viruses on its surface could survive longer, Qian said.

Qian recommended that people maintain good ventilation at homes and offices, with drainage pipes properly and regularly pouring water into drain outlets (U-traps) and for people to put the toilet lid down before flushing.

In the severe acute respiratory syndrome (SARS) outbreak in 2003, 331 people were infected with the SARS virus through aerosol transmission in Amoy Gardens in Kowloon Bay. It was reported that aerosol particles were created after drain outlets with an outdated design had dried up.
#Coronavirus
Add Comment