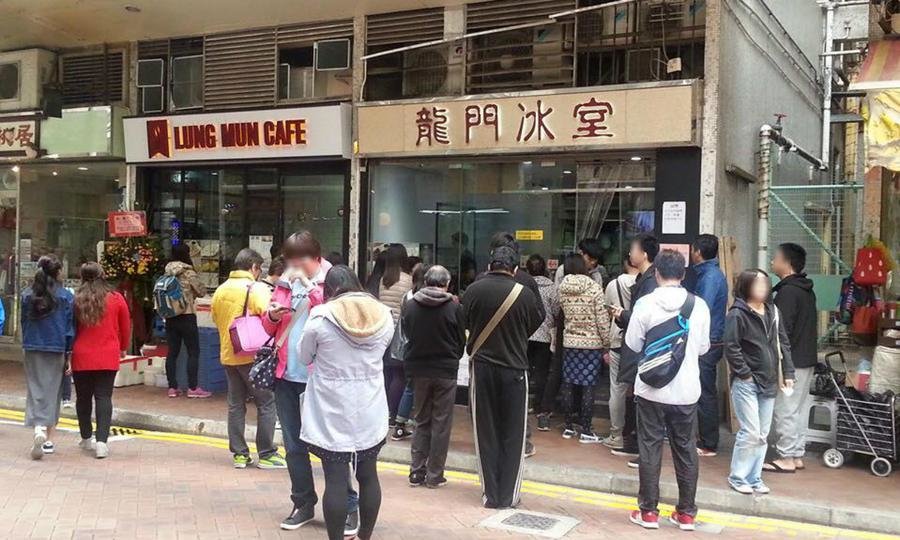 Meanwhile, academics say pro-democracy ‘yellow’ businesses can enjoy a potential US$13 billion market
Acolor-coded approach to dealing with local Hong Kong businesses, or not dealing with them, according to one’s politics dates back nearly five months. Only now has it annoyed local authorities sufficiently to draw official criticism.

Weighing in on the issue in a short video posted on the government’s Facebook page late Tuesday evening was Edward Yau Tang-wah, the secretary for commerce and economic development. “If only one color can exist in Hong Kong” he asked rhetorically, “is this really Hong Kong?”

The primary color Yau had in his sights is yellow. In Hong Kong, pro-democracy and pro-establishment people call themselves “yellow ribbons” and “blue ribbons,” respectively. And protesters have been urging citizens to patronize sympathetic businesses included in a “yellow economic circle.”

The idea of setting up such a circle originated from a protest slogan – “Refurbish the black, embellish the red, boycott the blue, support the yellow shops” – that appeared after white-shirted gangsters used bamboo sticks to beat up protesters who were on their way home in the Yuen Long MTR station on July 21.

The slogan literally means: Vandalize the shops related to gangsters who attacked protesters, draw graffiti on state-owned shops and banks, boycott the shops that support the police and the government, spend more in pro-democracy shops.

In October, netizens from Lihkg.com launched a HongKonger’s Lihkg Pig Guide, which has a Chinese name pronounced similarly to “Michelin Guide” in Cantonese, to encourage consumers to support the small shops and restaurants that were affected by protests.

Shops and restaurants were labelled as “yellow” for providing free meals or discounts to students and protesters, setting up Lennon walls or playing the Glory To Hong Kong.

Lung Mun Cafe, which currently operates six restaurants in Hong Kong, is one of the most popular “yellow” businesses supported by pro-democracy consumers in the city.

Yau warned that the campaigners and businesses involved were making a mistake. A campaign promoting the “yellow economic circle” will face challenges during its implementation and be unsustainable in the long term, said the senior Hong Kong official.

“If a family has to decide where to live, shop and eat according to a particular political stance and ‘color,’” he asked rhetorically, “should its members separately go to two restaurants?”

Yau said those who tried to categorize shops and restaurants by political stance had violated the free economy principle, which encourages businesses to attract their customers with their services and brands.

“Whoever promotes the ‘yellow economic circle’ will become the first and biggest victim in the campaign,” Yau said. No business in the world could sustain itself by drawing a circle around itself and excluding others, he added.

Yau has been the first Hong Kong official to comment on the “yellow economic circle” since anti-extradition protests broke out in June. His comment came after Chinese Premier Li Keqiang on Monday praised Chief Executive Carrie Lam for her efforts in supporting businesses that have been affected by protests over the past six months.

On Wednesday, netizens slammed Yau. In a Facebook post, a netizen called Ka-ming admitted that the scale of the proposed yellow economic circle remained small but said it had strong potential due to its high-income supporters.

Another, called Benson Tsang, said consumers could easily distinguish between “yellow” and “blue” shops and make their own decisions. Tsang said Yau’s comment showed that the government was afraid of the “yellow economic circle.”

Yau’s comment appeared to be at least in part a reaction to a recent academic forum jointly hosted by Simon Shen Xu-hui, a political scientist, and Chiu Chi-yue, dean of social science at the Chinese University of Hong Kong.

Shen concluded, in an article published by the Ming Pao Daily on Monday, that the “yellow economic circle” was a good example of “identity economy” that could enjoy a potential market of more than HK$100 billion (US$12.83 billion).

To maintain the circle, supporters should avoid criticizing the yellow businesses for making too much profit or too little contribution to the democratic movement, Shen said. Yellow businesses should never exclude blue customers, he said. Turning more shops and restaurants from blue to yellow should always be the key goal, he said.

Participants in this campaign must remain open-minded and beware of the government’s possible sanctions citing hygiene and fire regulations, he added.

A commentary published by Ta Kung Pao, a pro-Beijing newspaper, on Wednesday criticized Shen and Chiu for organizing the forum. It said the “yellow economic circle” was no different from a “Nazi economic circle” in nature as it was spreading hatred and fueling social unrest in Hong Kong.
Add Comment