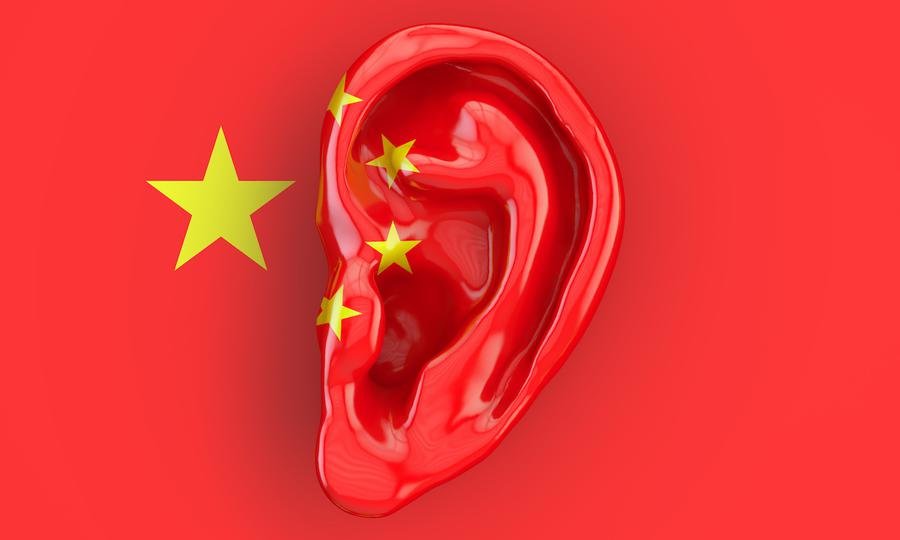 A Chinese defector involved in spying operations in Hong Kong, Taiwan and Australia has provided a trove of intelligence on China’s political interference operations to Australian officials, according to a media report on Saturday.

Separately, a former CIA officer who may have devastated US intelligence collection in China by giving up its network of informants to Beijing agents was sentenced on Friday to 19 years in prison.

The Chinese defector, named as Wang “William” Liqiang, has given Australia’s counter-espionage agency the identities of China’s senior military intelligence officers in Hong Kong and provided details of how they fund and conduct operations in Hong Kong, Taiwan and Australia, according to The Nine network newspapers.

Wang said he was personally involved in infiltration and disruption operations in all three territories, including the kidnap of one of five Hong Kong book sellers who were taken to the mainland and interrogated on suspicion of selling dissident materials.

Nine said Wang, in interviews with The Age and Sydney Morning Herald newspapers and TV news program 60 Minutes, “revealed in granular detail” how Beijing covertly controls listed companies to fund intelligence operations, including the surveillance and profiling of dissidents and the co-opting of media organizations.

Nine said Wang was currently living in Sydney with his wife and infant son on a tourist visa and had requested political asylum.

He said in an interview to be aired Sunday night that he would be executed if he returned to China.

“Once I go back, I will be dead,” he says through a translator in a clip from 60 Minutes shown on Nine’s websites Saturday.

According to the news organization, Wang gave a sworn statement to the Australian Security Intelligence Organization (ASIO) in October saying: “I have personally been involved and participated in a series of espionage activities.”

This allegedly included infiltrating Taiwan under an assumed identity and with a South Korean passport to run local operatives in efforts to meddle in 2018 municipal elections and presidential polls due next year.

In Hong Kong, Wang said he was part of an intelligence operation hidden within a listed company, which infiltrated Hong Kong’s universities and media to counter the pro-democracy movement.

He said his role in the clandestine organization including infiltrating all Hong Kong universities and directing bashings and cyber attacks against dissidents.

Wang claimed to have had responsibility for recruiting mainland students to infiltrate Hong Kong universities and student associations.

“I influenced them with patriotism, guiding them to love the country, love the party and our leaders and fight back strongly against those independence and democracy activists in Hong Kong,” he said.

“They found out information about those pro-independence activists … and made public all their personal data, their parents’ and family members’,” he was quoted as saying.

Wang also reportedly said he had met a high-ranking intelligence operative he believed was conducting spy operations in Australia via a front company in the energy sector.

“He told me at the time he is based in Canberra. I know his position is very important,” he was quoted as saying.

The report did not provide additional details on operations in Australia, but is likely to exacerbate already high alarm over Chinese espionage and influence operations in the country.

ASIO warned earlier this year that the threat of foreign interference was “unprecedented” and that the number of foreign spies in Australia was higher than during the Cold War.

The agency has never publicly named China in its warnings.

But the former head of the agency, Duncan Lewis, who retired in September, said in an interview published Friday that China wanted to “take over” Australia’s political system with an “insidious” and systematic campaign of espionage and influence-peddling.

The former CIA officer who may have devastated US intelligence collection in China by giving up its network of informants to Beijing agents was sentenced on Friday to 19 years in prison.

Jerry Chun Shing Lee, a naturalized US citizen who worked for the Central Intelligence Agency from 1994 to 2007, was arrested in January 2018 for illegally possessing classified US defense information, which prosecutors alleged he turned over to Chinese intelligence agents.

His indictment said that he was living in Hong Kong in 2010 and began accepting payments from Chinese agents who asked him for sensitive information on the CIA.

But in May, Lee, 55, pleaded guilty to one charge of conspiracy to deliver national defense information to aid a foreign government, while insisting the government never proved he gave the Chinese any information or accepted $840,000 from the Chinese, as alleged.

“Lee betrayed his own country for greed and put his former colleagues at risk,” said Timothy Slater, assistant director in the FBI’s Washington field office.

“The seriousness of his betrayal and crime is demonstrated by today’s sentencing.”

Network exposed
The case has driven much speculation about what really lies beneath, because it took the government six years from first investigating Lee to arresting him.

But media reports tied it to the catastrophic destruction of the CIA’s web of informants in China between 2010 and 2012.

The New York Times reported in 2017 that the Chinese killed “at least a dozen” sources the CIA had inside China and imprisoned at least six others.

A hunt for a “mole” in the agency led to one person, a “former operative” who in 2017 was living elsewhere in Asia, the Times said.

Lee had been a case officer in China and other countries during his CIA career, which gave him knowledge of its covert collection methods and sources on the ground.

When FBI investigators first honed in on him in 2012, he was living in Hong Kong and had sought to be rehired by the CIA.

The FBI at the time searched his luggage and found data on the US spy agency’s human sources and information they had provided, as well as meeting locations, phone numbers, and secret facilities.

“The information would have been of immense value” to Chinese intelligence, the indictment said.

It also said that between 2010 and 2012 he had received hundreds of thousands of dollars and “taskings” for information from two Chinese agents.

But prosecutors and the CIA never directly accused Lee of betraying the agency’s China network.

They have also never acknowledged publicly that the network was exposed and brought down, though some intelligence experts have confirmed it.

Lee was the third American former intelligence official in a little more than a year convicted of offenses related to spying for China.

Intellectual property
Additionally, a Chinese national and former Monsanto employee has been charged with industrial espionage and stealing trade secrets, US officials said.

Haitao Xiang was arrested in June 2017 at an airport with a one-way ticket to China and in possession of software developed by the American agribusiness giant to help farmers improve crop yields, the Department of Justice said in a Thursday statement.

The 42-year-old had worked at Monsanto and its subsidiary the Climate Corporation for nearly 10 years.

The indictment alleges another instance of the Chinese government encouraging “employees to steal intellectual property from their US employers,” Assistant Attorney General John Demers said.

Chinese foreign ministry spokesman Geng Shuang said Washington was trying to use the case to back its accusations that China steals technology from US companies.

“We resolutely oppose the US side’s attempts to use the case, which we regard as an ordinary, isolated incident, to hype up claims of China’s organized and systematic attempts to steal intellectual property from the US,” Geng said at a regular briefing Friday.

Xiang faces up to 15 years in jail and a $5 million fine for each of the three counts of espionage against him, along with hefty jail terms and fines for three counts of theft of trade secrets.
Add Comment