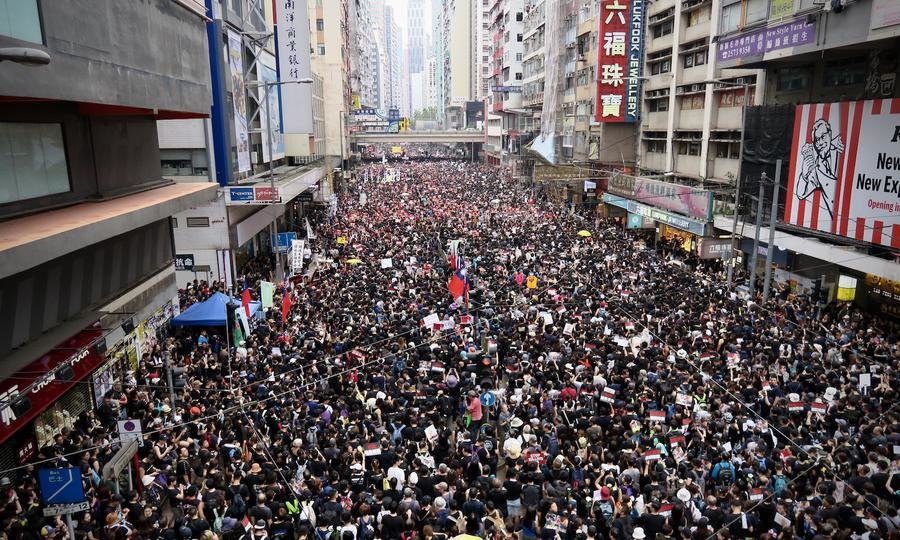 Rarely are election results emphatic. But last Sunday’s district council election in Hong Kong was transformed into a referendum on the government and its masters in Beijing, resulting in unprecedented support for the six-month-long protest movement.

It is clear that the so-called ‘silent majority’ has spoken not only securing 86% of the 452 seats up for election but also knocking out some of the biggest names in the pro-China camp. The tsunami of votes for the Democrats even dislodged incumbents in Hong Kong’s ‘red’ districts, supposedly unflinchingly loyal to Beijing. In their place, a new breed of often young and high profile members of the democracy movement has been installed in office.

The pro-China camp has been quick to moan about the unfairness of the election, saying that the atmosphere of violence put them at a disadvantage. But the facts of the matter are that a peaceful poll was carried out with the participation of almost 73% of the electorate. This is almost double the turnout figure for the last district elections four years ago.

Although the pro-China camp is bravely trying to suggest that the election should be seen as a reflection of mundane local matters, it is hard to ignore the reality that the victorious candidates campaigned on explicitly pro-democracy platforms, largely overlooking district issues.

However, the pro-China camp is indeed correct in claiming that although they lost seats, the number of people voting for them remained largely the same as in the last election. In terms of votes, they secured roughly 40%, compared to some 60% for the victorious democrats. They lost because a surge of new voters signed up for the polls, many of them younger and for the first time, who evidently cast their ballots for the democrats. Still, a solid block of pro-China voters clearly remains.

Before the protests erupted and the Hong Kong administration, especially its hapless leader Carrie Lam, became so wretchedly unpopular, the pro-China camp liked to describe itself as being the pro-government camp. But the government’s toxic unpopularity led them to distance themselves. Indeed, in the aftermath of the election, the former ‘loyalists’ were unstinting in apportioning blame to Lam and her government.

However, Hong Kong’s administration has largely gone into hiding, becoming little more than a cipher for executing orders from Beijing.

Therefore, what matters now is how Beijing will react to this enormous rebuff from the Hong Kong electorate. All the signs before the election were that the Chinese government would maintain an increasingly hardline stance. No negotiations were to be held with protestors.

The highly controversial use of the police to enforce a crackdown would be taken to a new level and fear would be maintained by a mounting number of arrests and ominous reminders that the People’s Armed Police were ready and poised to storm into Hong Kong and restore order.

Despite setting up a command post in the neighboring town of Shenzhen, the Central Government suffers from a lack of reliable information about what is actually happening in Hong Kong. Before the election, many leaders of the pro-China camp had been telling their bosses that the escalation of violence had turned Hongkongers against the protests because the people yearned for a restoration of order.

What the election showed was that although many people are indeed exasperated by the disruption brought about by the protests, they are not yet ready to abandon the aspirations of the movement. This began by calling for the scrapping of a controversial law that would have allowed the rendition of Hong Kong people to China’s notorious judicial system but has evolved into wider demands for democracy and accountability for the alarmingly violent actions of the police force.

The Chinese Communist Party has no history of backing down in the face of protests and has little experience of responding to independent elections. It is quite possible that it will instruct its ciphers in Hong Kong to simply ignore the result. However, even members of the pro-China camp are now urging their bosses to get rid of Lam and to think of ways to reduce tension by going some way to meet the protestor’s demands.

The election, which at the very least, has produced a ceasefire in the ongoing hostilities, provides an opportunity for a rethink from Beijing, but there are no guarantees that this will happen even though the alternatives are scary.
Add Comment