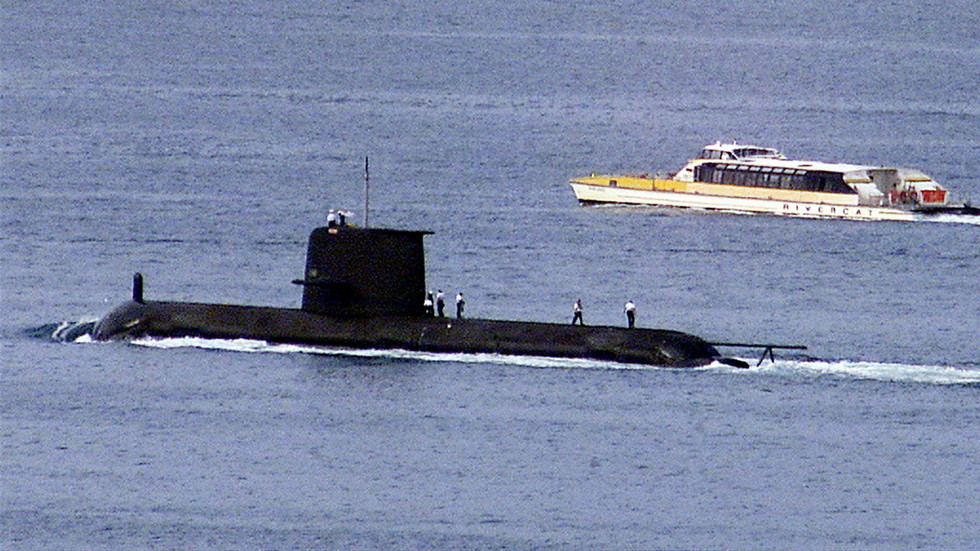 The Asia-Pacific does not need “submarines and gunpowder,” a spokesperson for China’s Foreign Ministry has said, slamming the trilateral pact between the US, UK, and Australia, dubbed AUKUS, as derailing peace in the region.
Speaking on Wednesday, Zhao Lijian slammed the nuclear submarine deal between the three powers, stating that it has intensified the arms race and runs counter to the desires of countries in the region.

“Faced with the common challenge of fighting the epidemic and economic recovery, the people in the Asia-Pacific region need growth and employment, not submarines and gunpowder.” Instead, according to the Beijing spokesperson, “the countries concerned should do more to help regional peace and development.”

Zhao previously called the agreement, which is largely seen as a strategy to counter China’s growing assertiveness in the region, “extremely irresponsible” after it was announced last week. Under the accord, which the three nations say is dedicated to a “free and open Indo-Pacific,” Australia would be in possession of nuclear-powered, but conventionally armed submarines.

Beijing is not the only regional power to have voiced its concerns over the pact, however.

Malaysian Prime Minister Ismail Sabri Yaakob warned the AUKUS allies that the deal could actually “provoke other powers to act more aggressively in the region, especially in the South China Sea.” Indonesia’s Foreign Ministry also said it was watching the deal “with caution,” and urged Australia to fulfil its obligations to “maintain peace, stability and security” as outlined in the Treaty of Amity and Cooperation – a peace pact signed by Southeast Asian nations.

Running counter to some of its neighbors, the Philippines said the country welcomed the new security deal, saying that it could be beneficial in the long run in addressing the imbalance of forces in the region.
Add Comment