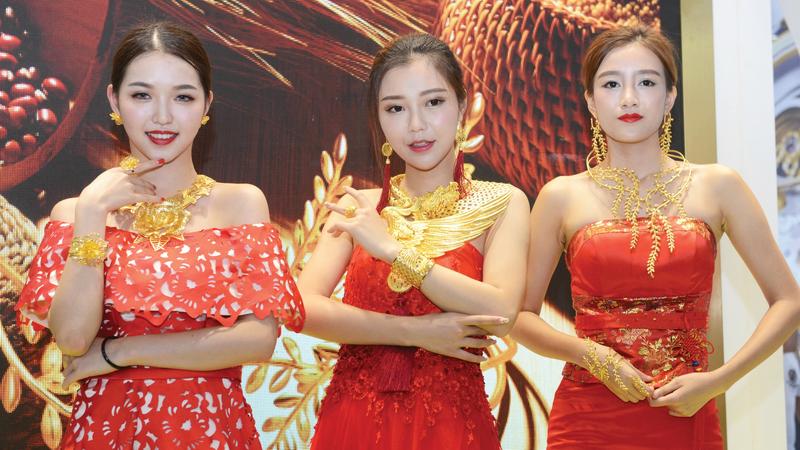 Premiums on physical gold in top consumer China jumped this week amid uncertainty over fresh import quotas, while an uptick in demand following a drop in local prices prompted Indian dealers to charge premiums for the first time in nearly four months.
In Shanghai, gold was priced as much as $25 an ounce over international spot prices . That would be the highest since December 2016 and compares with $8-$16 last week.

The People's Bank of China (PBOC) "is fighting to resist RMB depreciation, however the moderate intervention only slowed the pace temporarily," said Bernard Sin, regional director for Greater China at MKS PAMP.

The high premiums are predisposed by the Shenzen COVID lockdown, and no news on import quotas being issued, which could affect industrial activities, Sin added.

The PBOC controls how much gold enters China via quotas to commercial banks.

In India, premiums of up to $2 an ounce over official domestic prices — inclusive of 15% import and 3% sales levies, were charged, versus last week's $7 discounts.

"Demand has improved this week because of price drop. Traders have started quoting premium since imports were down in the past few weeks," said Ashok Jain, proprietor of Mumbai-based wholesaler Chenaji Narsinghji.

Some jewellers were making purchases for the upcoming festive season, but many were still awaiting a further price dip, said a Mumbai-based dealer with a private bullion importing bank.