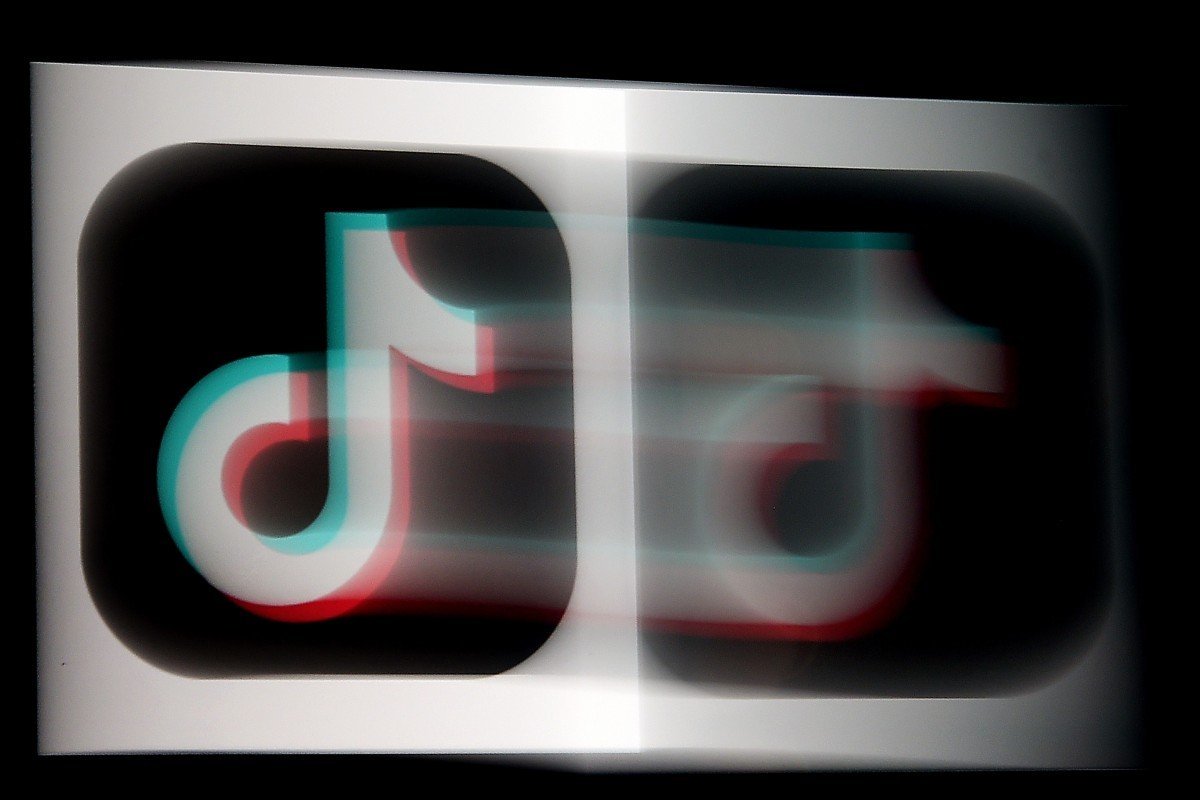 As US broadens TikTok battle, tech firms such as WeChat and Zoom might have to pick sides

As the Trump administration tries to force Chinese-owned video-sharing app TikTok to sell its US business, other tech companies associated with China may be forced to choose sides.

US President Donald Trump said on Monday that he was setting a 45-day deadline for ByteDance to sell TikTok to an American owner such as Microsoft before he bans the app from the US. Beijing decried the move, accusing the US of “hypocrisy”, and a state media editorial has likened it to “forcibly taking the child out of ByteDance’s arms”.

Handing over TikTok ownership to an American firm would put ByteDance out of the US market and force it to focus its growth elsewhere, a deal that could set a precedent for other Chinese tech firms.

“We are likely to see more actions in the very near term against leading Chinese technology companies,” said Paul Triolo of the Eurasia Group, a New York-based risk consultancy.

On Tuesday, Zoom Video Communications, the San Jose, California-based conference call provider, said it would halt direct sales in mainland China and operate with a partner-only model, which it said would help “provide better local support”.

Zoom’s move “means that the decision has been made that the company will focus on the US and Europe,” said Dong Jielin, a research fellow at Tsinghua University’s China Institute for Science and Technology Policy.

“For social media companies, it is hard to [comply with] both the China market and the US or Europe as the two systems aren’t compatible, so they have to take sides,” said Dong.

Triolo said “that wasn’t enough” to alleviate the concerns, and that Zoom “will likely have to do more to avoid actions, such as separating its US network from its China operations”.

The US says it fears that Chinese tech firms – particularly ones that through their software and apps have access to personal data and information – can divert data to the Chinese government, posing a national security threat.

The US has put 80 Chinese tech firms and their affiliates to a so-called entity list over the past year, effectively banning them from doing business in the country. The first tech firm placed on the list, Huawei Technologies, is now at the centre of the worsening US-China tech war, as both countries strive to dominate future technologies such as 5G, robotics and artificial intelligence.

Zoom caught Washington’s attention after it shut down the accounts of several activists and online commemorations of the bloody Tiananmen Square crackdown in June. The company acknowledged the suspension of a number of user accounts, saying the move was demanded by China and “enable[d] us to comply with requests from local authorities when they determine activity on our platform is illegal within their borders”. 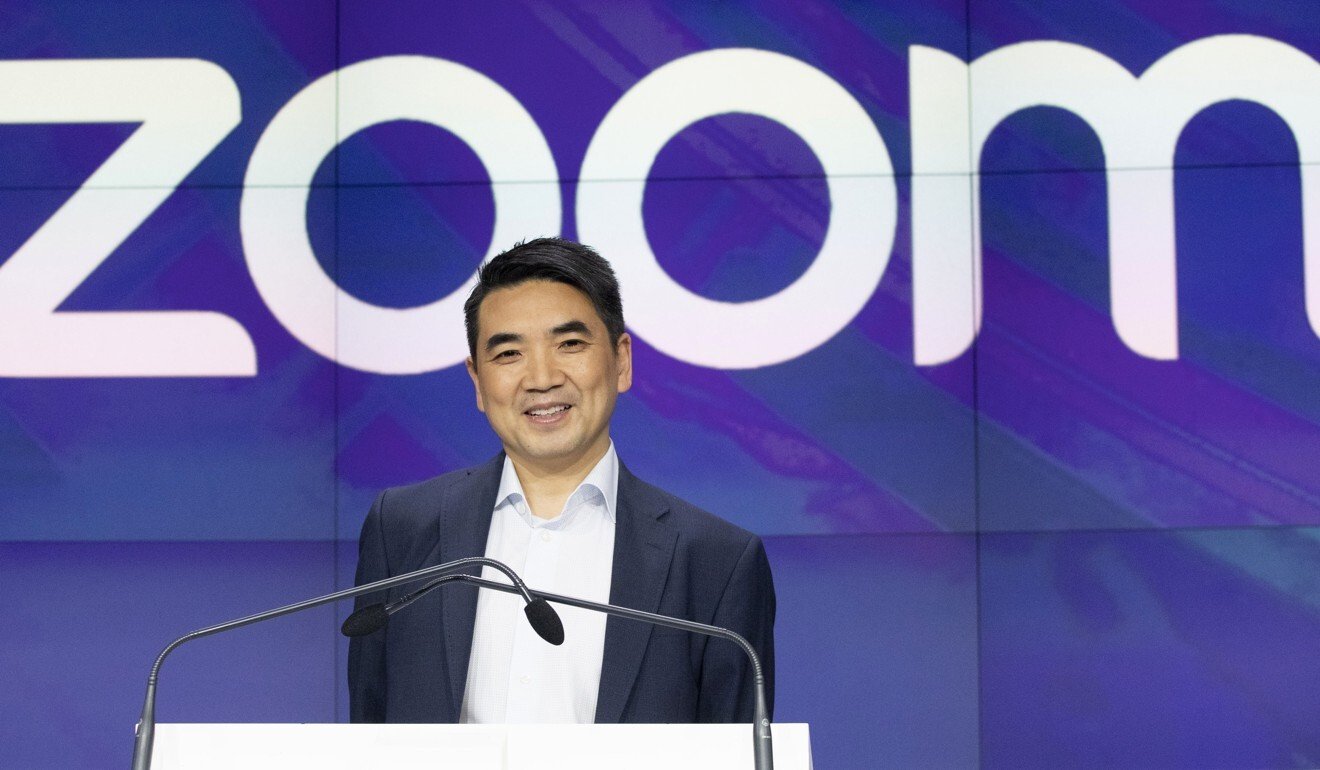 Another Chinese app being targeted is the ubiquitous messaging service WeChat, owned by tech giant Tencent.

US Secretary of State Mike Pompeo singled out WeChat in a recent interview, saying that such apps “are feeding data directly to the Chinese Communist Party, their national security apparatus” and that “there are countless more”.

On Wednesday, Pompeo announced expanded efforts to remove “untrusted” carriers, apps, cloud computing and cable providers from “malign actors” such as the Chinese Communist Party. The US government’s so-called “clean network” was first introduced in April to bar 5G carriers including China’s Huawei and ZTE.

Pompeo singled out the Chinese tech giants Alibaba, Baidu and Tencent as firms whose cloud-based systems could not be trusted with valuable US intellectual property, including Covid-19 vaccine research.

Though only a couple of leading Chinese software companies – such as Zoom and WeChat – have large user bases in the US, Pompeo’s remarks made it clear that the move against TikTok was not merely the targeting of a certain company, but a concerted effort to hamstring all tech companies associated with China for fear they could divert American data to Beijing.

“I don't think it’s just going to be TikTok or ByteDance’s problem. I think it’s going to be a challenge for any Chinese technology company operating in the US market,” said Ben Wootliff, a partner at Control Risks, a business consultancy.

“They have to articulate very clearly how their business doesn’t present any national security threat to the US, how their data is controlled, how they’re aligned with the US or benefit to the US,” he said. “Even with that, it could be difficult for them to persuade national security stakeholders in the US.”

In an internal memo on Tuesday, TikTok founder Zhang Yiming said: “It feels like the [US] goal was not necessarily a forced sale, but given the current macro situation, a ban or even more.”

Other Chinese companies that could come under pressure are drone maker DJI and cloud services companies such as Alibaba, Tencent and Baidu if they have US-based infrastructure and operations, Triolo said.

Representatives from Tencent, DJI, Alibaba, Baidu did not respond to emails seeking comment.

The administration’s actions could also threaten companies planning to expand to the US market.

Likee, a TikTok competitor owned by Guangzhou-based Joyy, grew fast in the first half of this year, with 147 million downloads led by users in India, Indonesia and Russia. The app is also making a push in North America and western Europe, said Jason Hu, president of BIGO Technology, a Singapore company that operates the app.

Like TikTok and other Chinese tech firms, Hu defended its data independence. “Our data is not under the control of the Chinese government,” he said.

Hu said China’s Ministry of State Security has requested data from Imo, a social media and messaging app the company owns. “I said, ‘the data of Imo belongs to Imo US, it’s not my data. Maybe I can help to send a mail to them to see if they want to share it.’”

That line of reasoning has so far failed to assuage US concerns.

One defence for WeChat: unlike TikTok, tens of million American users, mostly young people creating and browsing algorithm-recommended content, WeChat has only a few million daily active users in the US; they use the app primarily to talk to friends and family on mainland China.

Other Chinese tech companies have already faced US sanctions and restrictions.

In May 2019, the Federal Communications Commission (FCC) voted unanimously to deny state-owned telecommunications company China Mobile’s request to provide services in the US, citing national security. China Unicom and China Telecom will have their US operating licenses revoked soon.

“It is going to be a long, hot summer in the US-China tech cold war.”