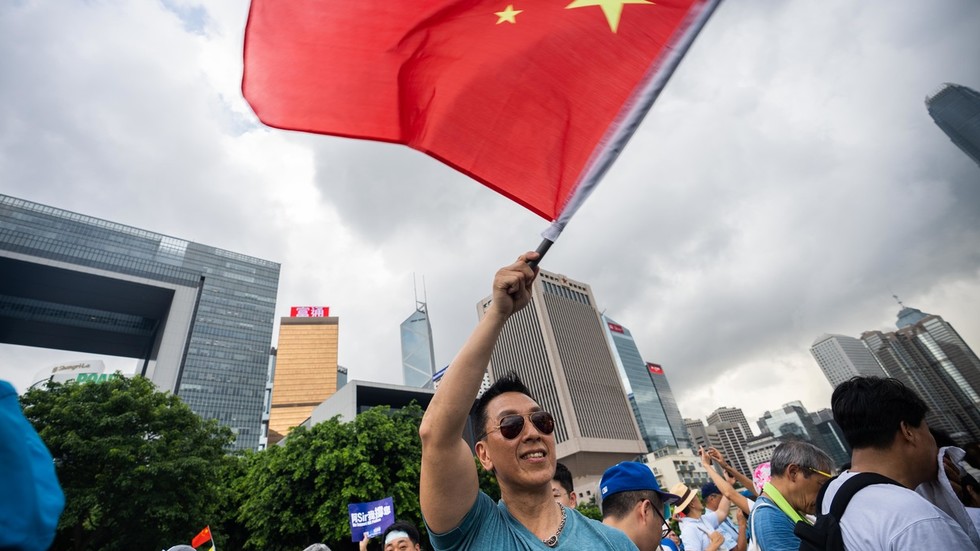 Germany won't go tough on Beijing over Hong Kong as it understands that not every country is run by a Western playbook, Berlin's economy minister has said. Indeed, preserving ties yields more results than pressure does, he added.
While Washington is unveiling sanctions against Beijing and London is accusing it of breaching the bilateral pact on the 1997 Hong Kong handover, Germany will stick to its long-standing pattern of "dealing with difficult partners and talking [to them] even in difficult times," as Economy Minister Peter Altmaier puts it in FAZ newspaper on Saturday.

Berlin, of course, has "an opinion" on the developments in Hong Kong but will keep it to itself, Altmaier said. "Germany is no signatory to this treaty," he reminded readers, explaining why standing back is probably the best option for his country.

The sit-down with one of Germany's reputable newspapers happened on the back of the hotly-debated security laws for Hong Kong that were adopted in recent weeks. Critics insisted the legislation will become a bulwark for Beijing to silence dissent and crack down on democratic liberties, so cherished in the former British colony.

Altmaier said he is consistently raising the human rights issue during his trips abroad, be it to China or Russia, but the narrative has its own limits.

"Therefore, international relations, cooperation and trade remain important as they bring about more stability and less conflict," the minister clarified. "It has always been the policy of the Western community, including that of the EU, that international trade cannot be solely based on how democratic a country is," he recalled.

Invoking historical experience, Altmaier suggested the Cold War would probably not have ended "so fast" if it weren't for the West's trading ties with the so-called Eastern bloc, comprised of the Soviet Union and the constellation of its socialist allies.

"North Korea is an example that authoritarian regimes can survive quite well under complete isolation," the official opined, adding, "I was also of the opinion that certain change comes through trade."

Stopping short of lecturing Beijing, he said its leaders still have some food for thought under the circumstances.

The new Hong Kong security laws, which criminalize terrorism, secession, subversion and collusion with foreign powers, aren't the only source of friction in Chinese-Western relations.

China's tech giant Huawei has recently become an eyesore for Washington, which has unleashed a crusade against the firm, claiming it is mining data for Beijing – a charge that it vehemently denies.

Some Western nations – the UK being the latest to join in – followed the US suit, in particular banning Huawei's 5G equipment from their respective ultra-fast networks. Germany will chart a different course, Altmaier assured readers. "We will not be excluding Huawei from the 5G network," the minister stated, saying the only exception to Berlin's rule would be "if national security is demonstrably at risk."
Add Comment