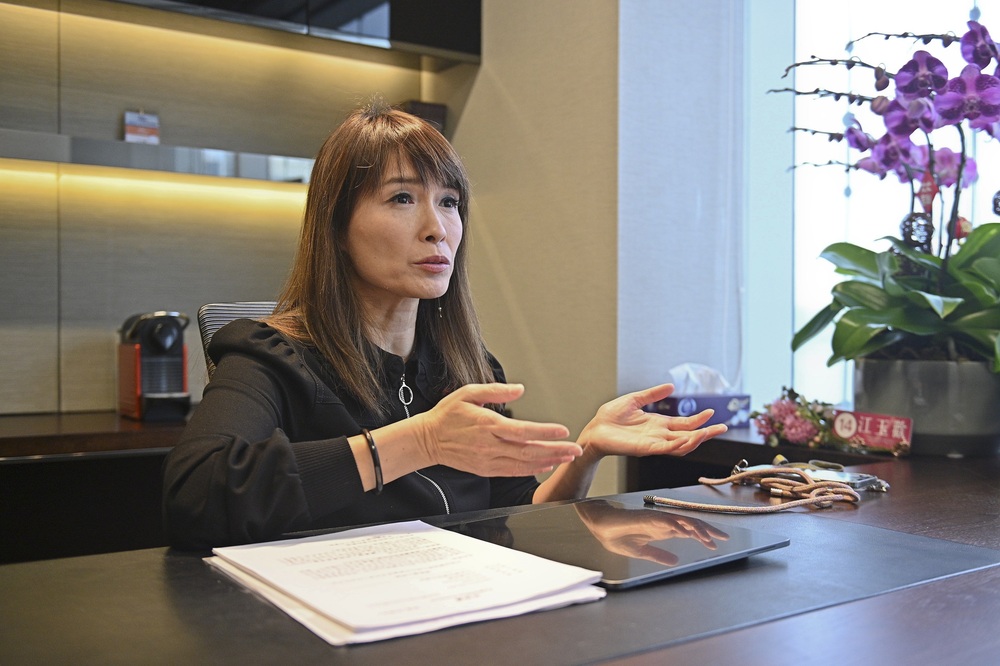 As Singapore opens up, lawmaker tells Hong Kong to do the same

Lawmaker Doreen Kong Yuk-foon appealed to the government to relax Covid restrictions and grant entry to unvaccinated Hongkongers, saying the city’s infection ratio is close to that of Singapore, which has been swiftly opening to the world.
Her recommendation came on Facebook Thursday morning as she was disappointed to see a race scheduled this coming Sunday has been canceled – possibly followed by the annual cross-harbor swim – with the organizers criticizing authorities' “irrational” Covid curbs.

Although the city’s official Covid tally stood at about 1.4 million, Kong from the Election Committee constituency cited an estimation by the University of Hong Kong earlier and deduced at least one-third of the population had contracted the coronavirus, sharing a similar infection ratio to Singapore.

“If one in three Hongkongers has contracted Covid already, is this not a good enough reason for the government to relax the curbs? Maybe authorities can at least allow overseas citizens to return without fulfilling the vaccination requirement?” Kong asked.

Her Facebook post also attached a chart highlighting that Hong Kong International Airport was out of the top 10 in ridership in the second quarter this year, expressing concerns that Singapore’s aviation sector will overtake Hong Kong one day.

Kong said while it is true the city has been reporting more Covid infections lately, there is no sudden increase in the numbers of critical cases or deaths.

She added children suffering from croup after being infected with Covid isn’t news, and similar cases have been reported in other countries one to two years ago. She noted the government should have better prepared the public and encouraged parents to vaccinate their kids.
#Coronavirus  #Facebook  #Covid
Add Comment