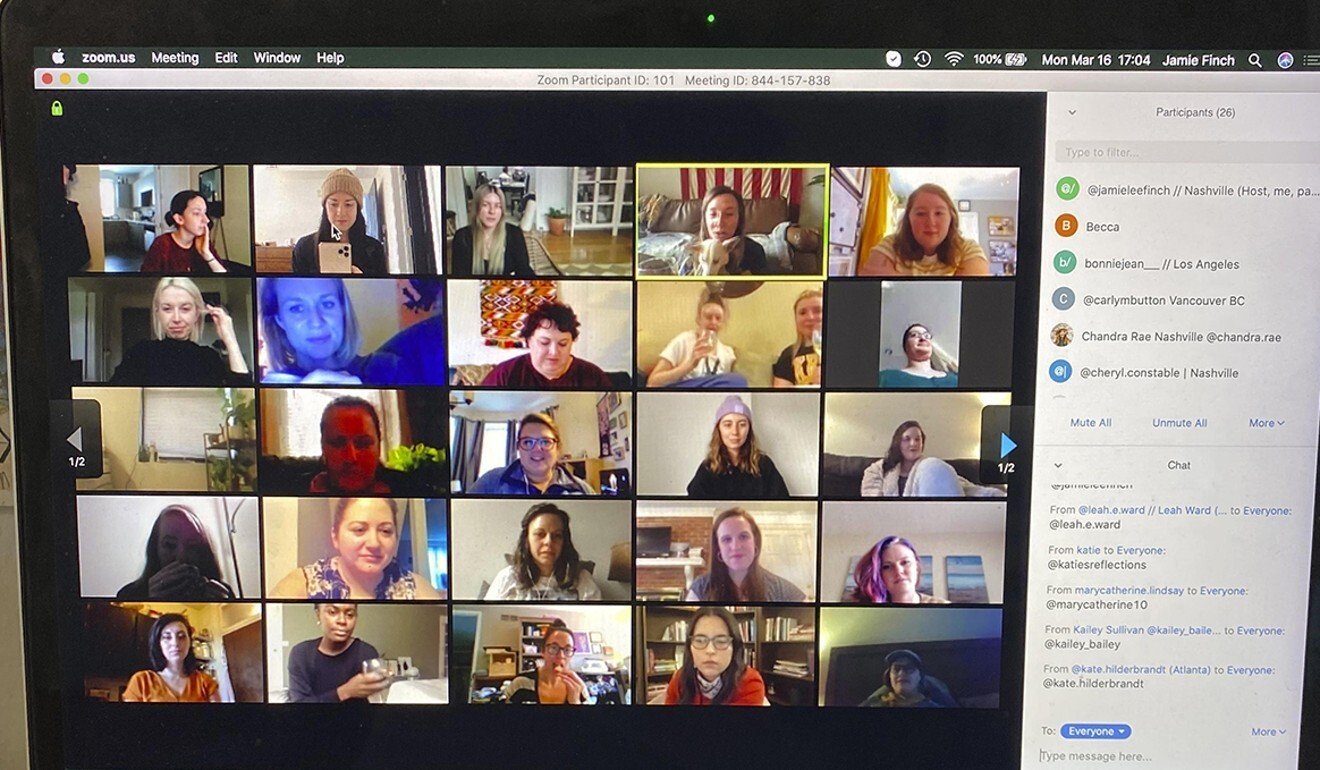 As the pandemic spreads in the US, so do racist attacks, and not just against Asians

Asians and Asian-Americans continue to be targets, but recent coronavirus webinars have included abuse and slurs of black participants. The Zoom videoconferencing platform was used, and hacked, in both webinars

As the Covid-19 pandemic spreads across the United States, reports of racist attacks and abuse have spiked. While many accounts involve the targeting of Asians and Asian-Americans, the phenomenon is not limited to them.

On Wednesday, a coronavirus webinar hosted by the Washington-based Association of Black Cardiologists (ABC) was intended to shine a light on racial discrepancies in the response to the outbreak. Instead, participants themselves became the targets of racial vitriol.

As the frequency and tenor of the racist comments increased, so did the reaction of the audience, which responded by flooding the chat with declarations of support and gratitude and love for the doctors on-screen, swamping the hate speech.

Peter Chin-Hong, an infectious-disease specialist at the University of California, San Francisco (UCSF) Medical Centre who was the first panellist to speak, was among the earliest to notice the racist comments.

“I felt frightened first, then angry,” he said.

One thing Chin-Hong didn’t feel: shocked. The same behaviour had disrupted another medical teleconference just the week before.

Michelle Guy, a clinical professor of medicine at the University of San Francisco, also attended both events Last week, she was attending a UCSF “town hall” for the cardiology division discussing Covid-19 and the Bay Area’s response when she saw that the meeting had been overrun with racist hackers.

“Last week and yesterday were the only two times I personally experienced hate speech on a teleconference platform,” Dr Guy said on Thursday, adding that she had heard from a colleague at another institution that a group of black students were harassed during a teleconference.

“Hearing about it third-person I didn't appreciate how it impacts you. Once it happened to me, I better understood.”

At the town hall, it began with a few sexually explicit texts. Soon the platform had more than 90 commenters filling the channel with pornographic language.

And these hackers didn’t limit themselves to text.

“The audio, screen and chat were all taken over. You could hear several male voices saying the N-word multiple times. A garbled song came on also repeating the N-word,” Dr Guy said, adding that she also heard a homophobic slur.

“It felt like an ambush and assault. It was overwhelming. I was too emotionally affected to concentrate on learning new information.”

On Wednesday at the ABC webinar, when she saw on the text thread the “N-word repeated over and over” she was wounded but “not surprised”.

“It's demoralising, upsetting, and reprehensible,” she said.

Perhaps predictably, both teleconferences employed the videoconferencing app Zoom. As the coronavirus has driven people to use Zoom when working from home, many have found that the platform is especially vulnerable to hackers.

Increasingly, anonymous persons have joined tele-meetings without invitation, often interrupting with offensive language or posting pornographic images, behaviour now called Zoombombing. The FBI has issued a warning to people and businesses about privacy issues when using the app.

In Hong Kong, students from 40 secondary schools have called on their teachers to stop using Zoom and switch to a safer platform to conduct lessons because of fears that their data could be compromised.

As coronavirus cases have surged in the United States, so have reports of hate crimes and racist rhetoric online, mainly targeting the Asian-American community.

According to an intelligence report compiled by the FBI’s Houston office and distributed to local law enforcement across the country last month: “hate crime incidents against Asian-Americans likely will surge across the United States, due to the spread of coronavirus disease … endangering Asian-American communities … based on the assumption that a portion of the US public will associate Covid-19 with China and Asian-American populations.”

On Thursday, the Network Contagion Research Institute, a New Jersey-based group that tracks hate speech, released findings that the pandemic has led to a significant rise of anti-Asian hate speech online. And stories of verbal and physical attacks on Asian-Americans are increasingly common.

In March, a family of three were stabbed outside a store in Midland, Texas. Last month, a 51-year-old woman was verbally abused and physically assaulted while riding the bus in New York by a fellow passenger riding with her three daughters.

In the midst of this, the coronavirus itself seems to be especially devastating to people of colour, especially African-Americans – the result of entrenched inequalities in health care, and standard of living among minority communities which contribute to their higher mortality rates.

In Chicago, African-Americans account for more than half of those who have tested positive and 72 per cent of virus-related fatalities, even though they make up a little less than a third of the population there, a trend seen in cities and towns across the country.

Black residents of Louisiana make up about a third of the state’s population but 70 per cent of its Covid-19 fatalities.

Numbers like these are a call to arms for doctors of colour, and all medical workers who serve at-risk communities.

“We are just trying to learn as much information as we can and share it with as many other health care providers as we can to save people's lives,” Dr Guy said. “To have to be subjected to racism and hate speech while we are doing our work, makes me want to cry and scream all at once. These are orchestrated attacks on people of colour.”

On Wednesday, after more than 90 minutes, refusing to end the presentation despite the stream of abuse, Dr Albert drew her seminar to a close with a quote from Maya Angelou: “If you find it in your heart to care for somebody else, you will have succeeded.”