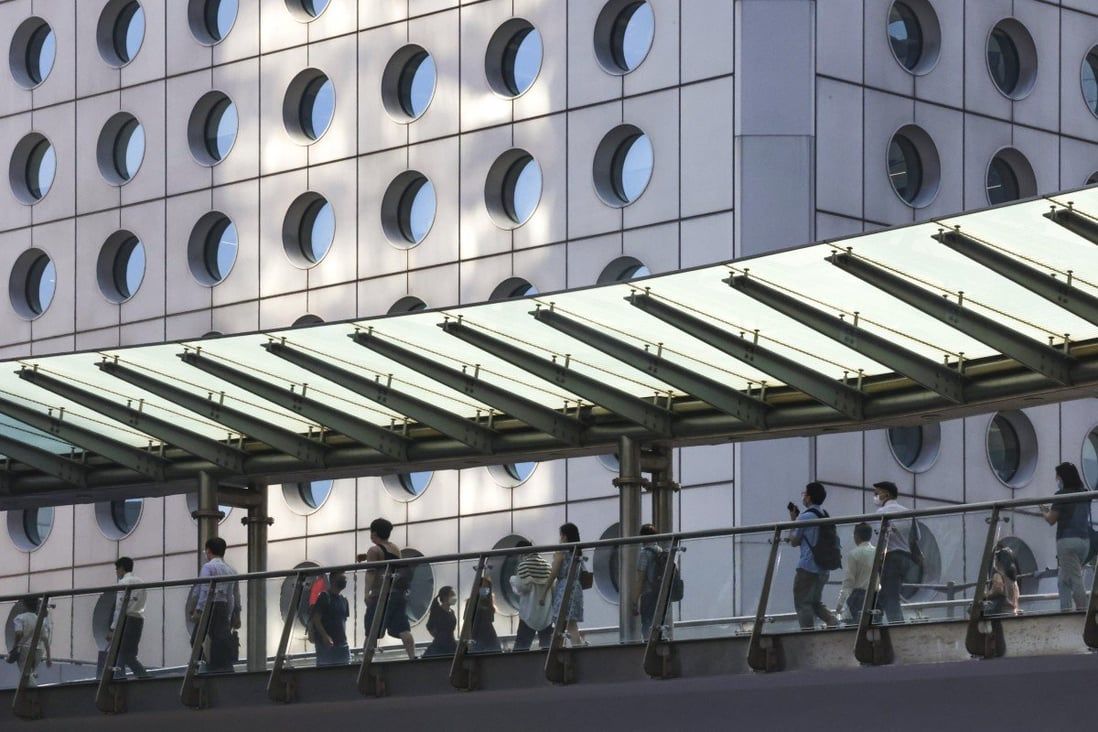 Narratives that put the cities in competition with one another overlook the positive-sum gains from close cooperation. Both Hong Kong and Singapore have unique traits that make them valuable to Asia’s economy, which can easily accommodate two business hubs.

Since assuming office, Chief Executive John Lee Ka-chiu and his administration have successfully steered Hong Kong around an anticipated sixth wave of Covid-19 infections, with hospital services well-maintained, and caseloads kept under control.

Due credit should be given to the Hong Kong people, who have shown patience, discipline and cooperation with the government’s anti-epidemic measures. Hong Kong’s resilience has inspired enough confidence for the government to relax quarantine measures and social distancing restrictions, and to hope for some form of reopening with the mainland.

These positive trends have greatly lifted spirits in Hong Kong, and renewed hopes that Hong Kong will return to normality soon. More than that, these moves underscore the high degree of autonomy and strong governance vital to Hong Kong’s success.

Meanwhile, there is an ongoing media narrative about Hong Kong’s rivalry with Singapore. Such a narrative leans towards a zero-sum perspective, with commentators cautioning that the outflow of talent and capital to Singapore is damaging to Hong Kong’s status as an international financial centre. Some warn that Singapore has been the “winner” and Hong Kong the “loser” through the pandemic in the competition to be Asia’s premier hub.

Such stark views are wide of the mark and overlook the positive-sum gains from close cooperation between the two Asian cities. And while there might be short-term variations in the two cities’ positions in global rankings, one should take a long-term view.

Both Hong Kong and Singapore have distinct advantages that benefit each while supporting the rapidly growing and vibrant Asian economy, which is large enough to accommodate two or even more international business hubs.

The long-term fundamentals that underpin Hong Kong’s success remain unchanged. It remains the most open and cosmopolitan business hub in China, and a key node for the Greater Bay Area and the mainland. In July, Chinese President Xi Jinping reaffirmed Hong Kong’s irreplaceable role in China’s development strategy.

He also gave assurance that Hong Kong would maintain its unique status and advantages, including its common law system and the free flow of capital. Under “one country, two systems”, Hong Kong enjoys the advantage of having the second-largest economy in the world as its hinterland, while maintaining its own separate capitalist system that encourages free enterprise and fosters a spirit of entrepreneurship.

Looking ahead, Hong Kong is well-positioned to benefit from the vast opportunities made available by China’s growth, particularly in the Greater Bay Area. Boasting a population of 87 million and GDP of US$1.7 trillion, the area comprising Guangdong, Hong Kong and Macau is one of the most dynamic regions in the world, and has the potential to become an international hub for innovation, scientific research and technology.

Likewise, Singapore has its own distinct circumstances and strengths. Our strategic location has allowed us to serve as a key business hub in Asia and tap into Southeast Asia’s dynamic growth. We are culturally familiar and have strong economic ties with the region, including through a dense network of free trade agreements and double tax agreements with major economies.

The Asean (Association of Southeast Asian Nations) region has a population of 660 million. It has a young and driven workforce, and its growing middle class will reach 51 per cent of the total population, or some 340 million, by 2030.

Asean also enjoys strong economic links with mainland China, and sits at the centre of an evolving regional economic architecture. The Regional Comprehensive Economic Partnership (RCEP) promises to be the largest FTA in the world, covering 30 per cent of the global population, trade, and GDP. Aware of Asean’s value as a partner, Hong Kong established a free-trade agreement with Asean in 2017, and hopes to join the RCEP in 2023.

Singapore and Hong Kong are partners. Each side benefits most when the other is also prospering. Our similarities motivate us to draw inspiration from each other in various public policy areas, such as housing, transport, and civil service reforms.

Healthy competition between us drives us to do even better for our people, and contributes to a more vibrant and dynamic region. In my meetings with members of the Hong Kong SAR government, I have been glad to see that this view is widely shared.

Singapore fully welcomes Hong Kong’s efforts to reopen. Hong Kong is home to the largest overseas Singaporean community in any single city. Singapore also enjoys strong economic ties with Hong Kong in trade, investment and tourism, and our businesses stand to benefit from the resumption of people-to-people exchanges.

In fact, the air route between Singapore and Hong Kong was among the busiest in the world before Covid-19. We look forward to the further resumption of air travel, as the restoration of bilateral flight connectivity would further enhance Singapore and Hong Kong’s reputations as the premier aviation hubs of our respective regions.

As small and open economies, Singapore and Hong Kong, with their industrious and enterprising workforce, have done well despite a lack of natural resources. At the heart of our success is the can-do spirit of our driven and resourceful people, who understand full well that survival depends on our ability to add value and remain relevant to the economies around us.

Amid global economic headwinds, geopolitical tensions and rising tides against globalisation, our two cities must help each other navigate the uncertainties ahead.