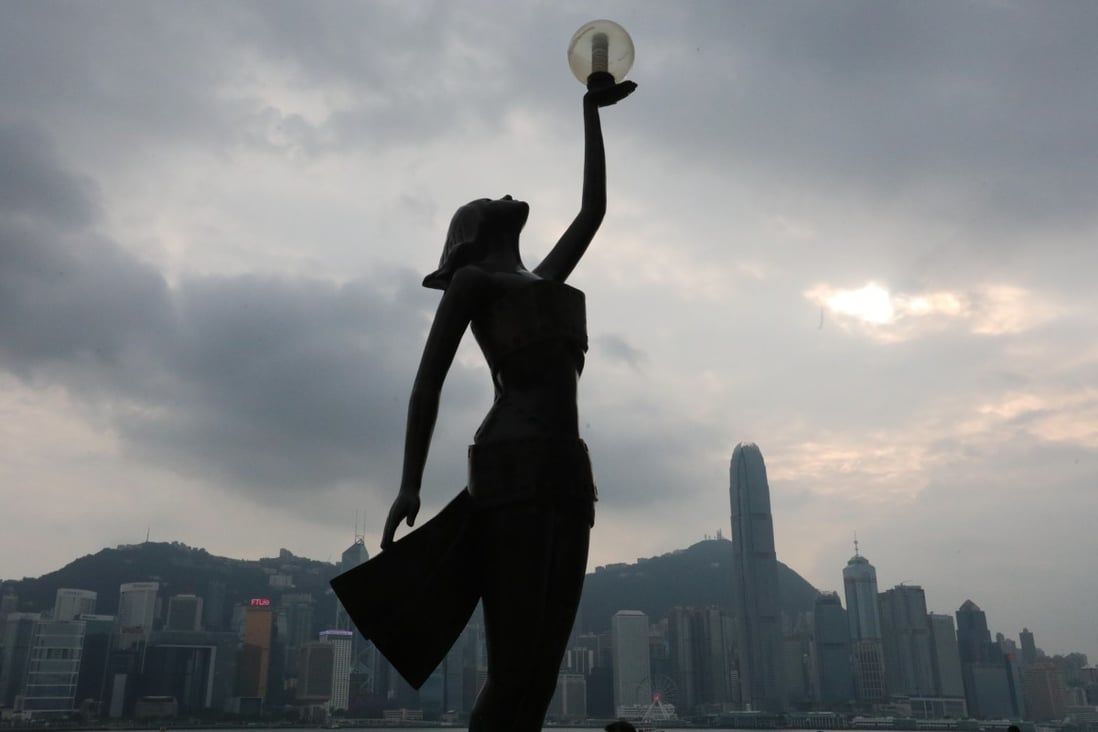 The increasingly random nature of the works being banned out of national security law considerations hurts Hong Kong’s reputation as an open society. Considering the creative exodus and distrust of the security law, there is urgent need for government reassurance through words and deeds.

It may be unseasonably warm here in Hong Kong for November but the chill is settling in within the cultural sphere. As the bodies (of work) pile up under the censor’s knife – and those are just the ones we know about – the increasingly random nature of what is banned is throwing Hong Kong’s much-vaunted future as a “centre for international cultural exchange”, as envisioned in the national 14th five-year plan, into doubt.

Well before the 2020 introduction of the national security law, presenters of artworks in Hong Kong had been accused of political self-censorship.

Back in 1992, a sculpture commissioned by the Cartier Foundation was unveiled outside the Hong Kong Cultural Centre under the name The Flying Frenchman. Rumours circulated that the Urban Council had asked the French artist César Baldaccini to drop the original name of Freedom Fighter and its direct reference to the Tiananmen crackdown.

Then, in 2015, Otto Li Tin-lun said his 3D-printed busts of political leaders in Greater China were excluded from an exhibition at the University Museum and Art Gallery at the University of Hong Kong, while Sampson Wong Yu-hin and Jason Lam Chi-fai said their light installation Countdown Machine was removed from the facade of the International Commerce Centre in 2016. In both cases, the presenters of the works denied they acted on political grounds.

After 1997, Hong Kong retained the colonial-era approach to censorship – the Film Censorship Authority and the Obscene Articles Tribunal would ban or restrict public access to sex and gore (notoriously, the latter decided in 1995 that Elizabeth Frink’s nude male sculpture in an office building lobby needed a fig leaf). They were not gauges of political sensitivity.

Under that system, the two artworks that prompted speculation of self-censorship in 2015 and 2016 couldn’t have been banned officially. But questions remained about self-censorship despite the presenters’ denial, partly because the works were overtly political. Countdown Machine, for example, was a countdown to 2047, when Beijing’s guarantee of 50 years of no change in Hong Kong technically runs out. And Li’s work symbolised the different degrees of democracy in the region. 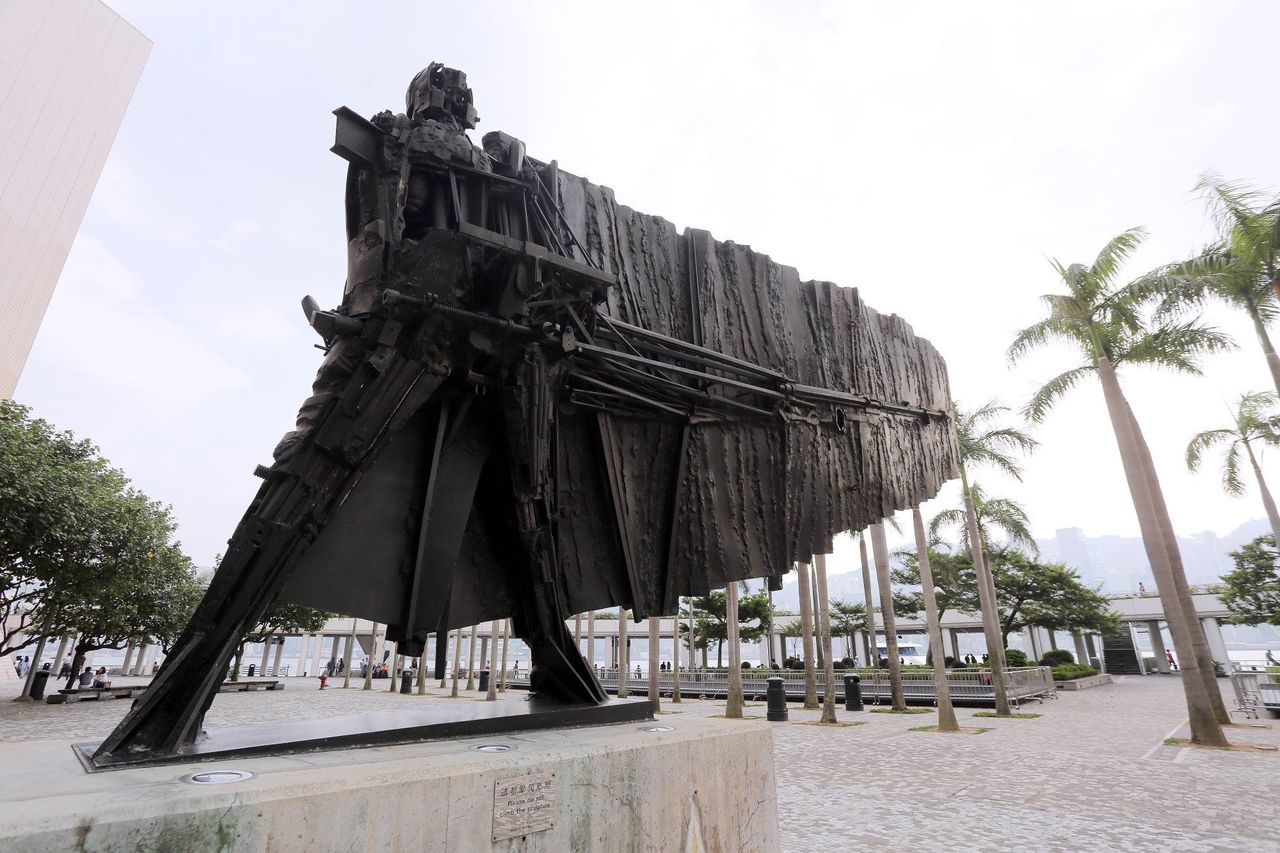 The Flying Frenchman is seen outside the Hong Kong Cultural Centre in Tsim Sha Tsui in 2014.

Since 2020, the cultural sector has had to live with the fact that there would be a “red line” regarding what couldn’t be shown, while awaiting more signals on where that red line lies.

Unfortunately, recent indications are that the line is as crooked as a drunk’s walk. As the Ming Pao newspaper first reported, three books of poetry were disqualified from the Hong Kong Biennial Awards for Chinese Literature after they were chosen as winners by the jury.

This was followed by vague statements from the Leisure and Cultural Services Department, the government department in charge of public libraries that also organises the awards. Last December, public libraries had removed those volumes from their shelves.

The Leisure and Cultural Services Department told the Post that public libraries have to make sure their collections and activities are within the national security law and that the same principle applies to the biennial awards. But it did not explicitly mention the works in question or whether they had infringed the security law.

Aside from the appalling irony of “disqualifying” top-quality works from the competition and the clumsy retrospectivity that was an insult to the judges, to say these poems are a threat to national security would imply that the country’s safety is as flimsy as a house of cards.

Even the one poem that its creator acknowledged is to do with something political – a poem by Tsang Wing-chung about the death of Nobel Peace Prize winner Liu Xiaobo – is all atmosphere and feelings. As with the poems by Chow Hong-fai and Raymond Chan Li-choi, it is open to many interpretations.

Within the same week, we had news of three Taiwanese films being pulled in Hong Kong after their makers refused demands by the Office for Film, Newspaper and Article Administration to cut out scenes.

According to an October 24 Facebook post (subsequently deleted), the team behind The Lucky Woman (2020) said they were told the film could not be shown at the All About Us Film Festival at the Hong Kong Arts Centre unless a scene showing migrant workers demonstrating in Taipei was cut. After they refused, the film was removed from the festival’s schedule. The Arts Centre did not respond to the Post’s questions.

Controversial censoring of content happens the world over, including in liberal democracies.

But considering the number of creative talents who have already left the city and a general distrust of the national security law (witness the furore over an old Batman film recently), there is urgent need for the Hong Kong government to provide reassurances through words and deeds that it respects the wording of various updated ordinances regarding censorship: it is only warranted when national security is endangered.