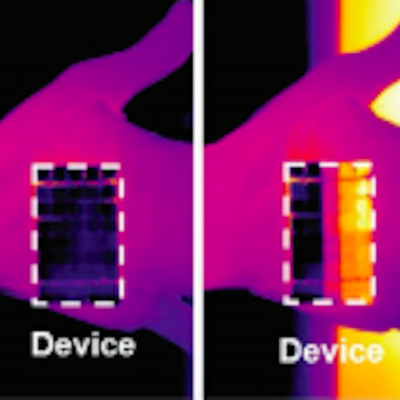 ‘Artificial Skin’ May One Day Make Troops Invisible, Even to Heat Sensors

Small interconnected panels mimic the color and temperature of their environment, similar to an octopus

Recent advances in metamaterials and “soft” devices have enabled research prototypes that give their wearers something of a chameleon’s ability to blend into the surroundings — in the visible-light spectrum, anyway. Now new research out of South Korea promises to help troops cloak their heat signatures as well.

A new research paper out of South Korea details a new cloaking “skin” composed of bendable patches that use active heating and cooling to mimic either visible colors or thermal characteristics of the environment. They can switch from one to the other in about five seconds - allowing the wearer to camouflage themselves in the daytime and barely show up on thermal cameras at night.

These patches are built up of “pixels” containing thermochromic liquid crystals that change color depending on temperature, “thus allowing the generation of a diverse number of colors by controlling temperature. The cloaking in the visible range is therefore achieved separately by matching the ambient color,” says the paper, produced by a team led by Seung Hwan Ko at Seoul National University. 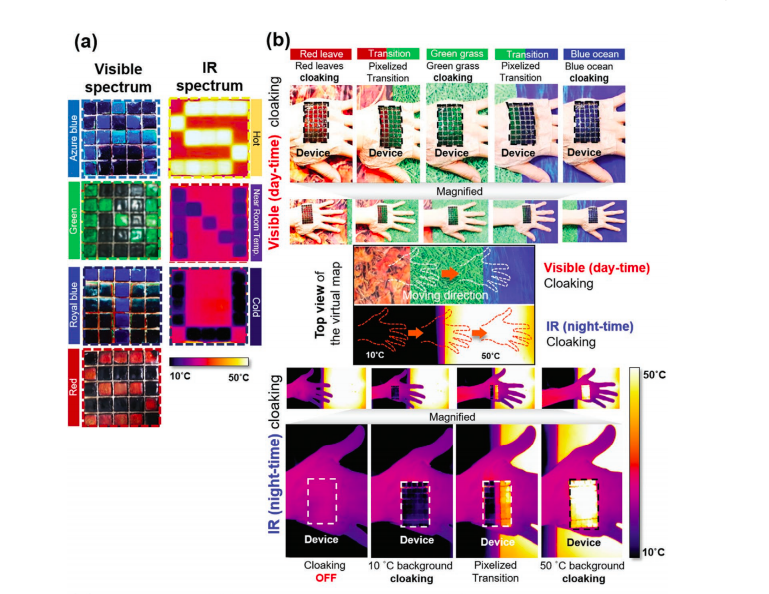 An illustration of thermal and optical cloning from Seung Hwan Ko at Seoul National University.

To demonstrate, they put a patch on a human hand and moved it across a background of various colors and temperatures. The illustration shows the transitions from one color to another and then from one temperature to another. “As the hand moves across different backgrounds (whether it is a visible or [Infrared] cloaking mode)...each pixel sequentially switches its color/temperature based on their relative positions,” Seung wrote.

They still have some work to do to get the suit to actually “see” the color around it. In the paper, they accomplished this by manually inputting the color. “However, we recently developed a method to detect and mimic the environment by integrating a micro camera with our devices to make an autonomously working device,” Seung told Defense One in an email.

To better demonstrate the patches suitability for combat, Seung says he and his team would need to make a larger version (and find a more efficient power source). And extreme external temperatures, as someone might encounter in the Arctic or in the desert, can also influence the device’s ability to thermal cloak. “This problem may be solved by adding a proper thermal insulator,” he said, but that could also affect performance so a bit more work and experimentation is required before the device is truly useful in combat. 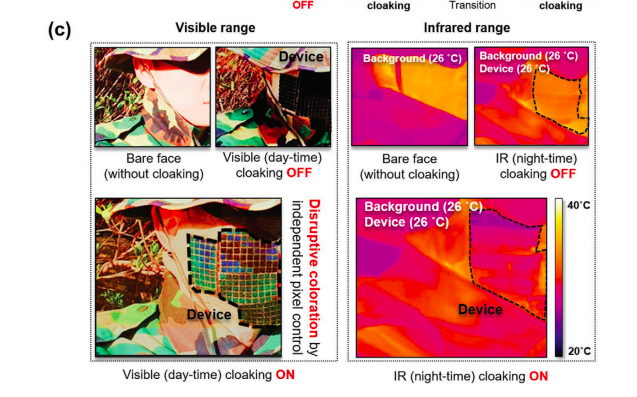 An illustration of thermal and optical cloning from Seung Hwan Ko at Seoul National University.

Seung says that the work was inspired by the “intriguing cloaking properties of cephalopods” such as squid, octopus, and cuttlefish.