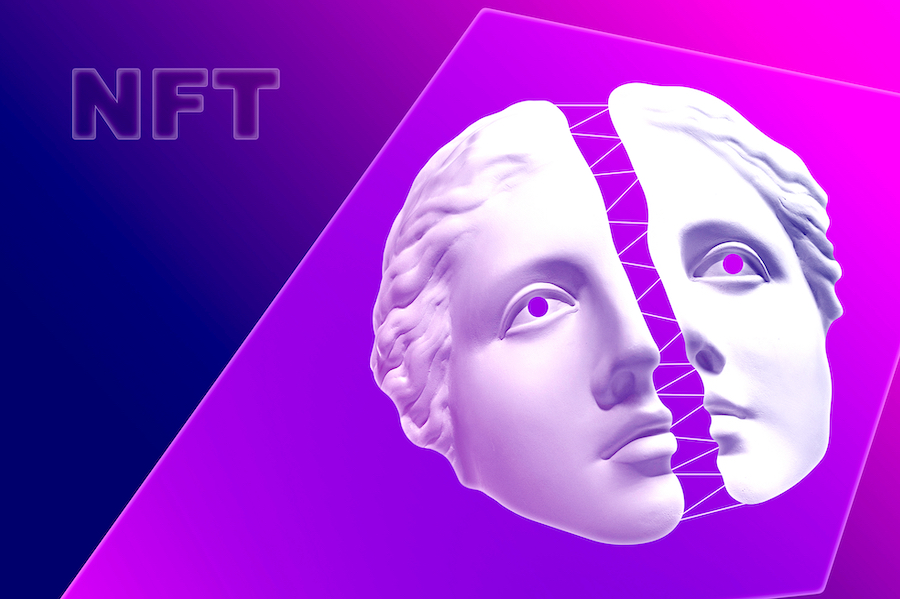 Non-fungible tokens (NFTs), blockchain-based title deeds tied to digital or physical items, have exploded into the art world like an upstart rebel fresh out of art school, tearing up conventions and leaving the establishment bewildered.
In recent months, multi-million dollar sales of NFTs at venerable auction houses Christie’s and Sotheby’s have grabbed headlines. Overnight, digital artist Beeple became a household name and one of the highest-earning living artists. Artworks by Banksy are being torn up and turned into NFTs, while Russia’s iconic State Hermitage Museum has announced an exhibition of NFT art.

Art critics have scrambled to form opinions on this new wave of digital artists. And the world’s highest-valued living painter, David Hockney, spoke for many in the art establishment when he dismissed NFTs as being for “crooks and swindlers.”

He may have a point—but if NFTs are the preserve of crooks, they’re only amplifying an existing problem in the art world, which has long been criticized for facilitating money laundering. Indeed, last year the U.S. Senate released a 147-page report focusing on the connections between high-end art and money laundering.

In 2018, the IMF estimated that the legitimate art market was worth around $68 billion. At the time, the UN claimed the illicit art market was worth roughly $6 billion. And according to Jordan Arnold, chief innovation officer and global chair of private client services at risk and compliance firm K2 Integrity, the problem is likely to get worse as new art mediums such as NFTs emerge.

“As the global economy has grown and nefarious actors find both new art mediums and new ways to circumvent safeguards, it is likely the number—whatever it actually is—has only grown,” Arnold told Decrypt.

Cat Graffam, an adjunct faculty member in the Art & Design department at Lasell University, agrees. “I think it is possible that NFTs could be and are already being used to launder money in similar ways done with physical art,” she said, adding that NFTs offer some advantages to criminals over conventional physical artworks. “It could possibly be even easier to move dirty funds around, because it is tied to a decentralized currency and the fact that there are no physical artworks to have to transport or store in off-shore tax haven warehouses.”
Add Comment