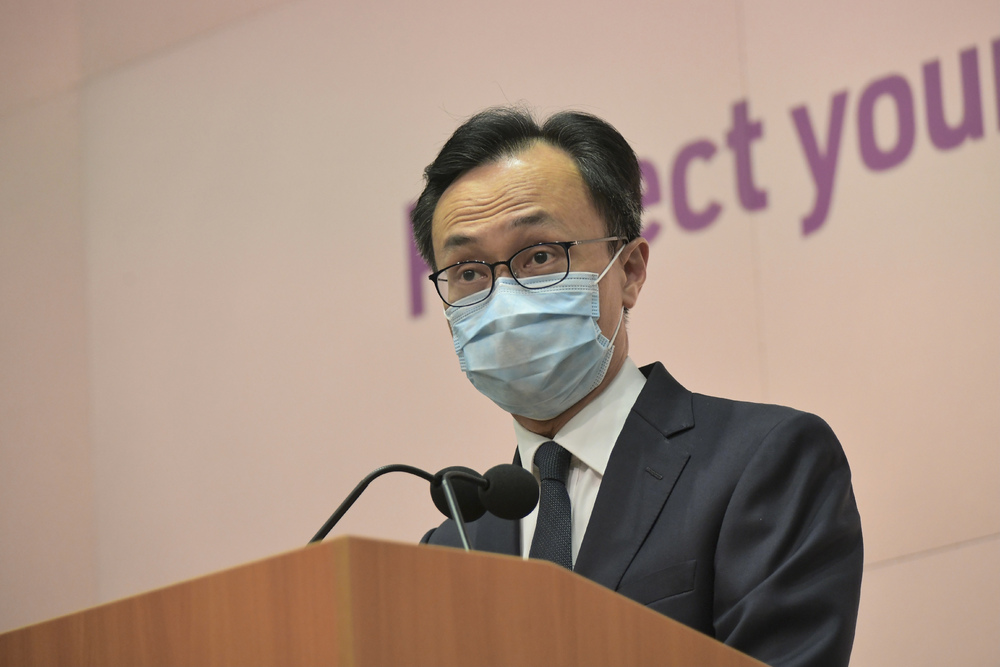 In a press conference yesterday, Nip said up to 200 civil servants refused to sign the declaration by the deadline set at the end of February. The majority out of the city’s 177,000 civil servants signed already.

“The preliminary number showed that more than 100, or around 200 people who didn’t sign the declaration. So far we do not have the exact figures, we will release the data later. In April we will report to the Legislative Council panel.” Nip said this afternoon.

“We will follow up the cases in accordance with the Public Service (Administration) Order. As we don’t have faith in civil servants who refuse to sign the declaration, we will go through relevant procedures and ask them to resign.”

In an earlier media interview, Nip said their departure may be good for the civil service overall.

“If there is anything on the declaration they could not accept and they chose to leave, then it is their personal choice. It is not a bad thing for the civil service team,” he said.

“Those who signed and stayed understand their positions and duties…which are to serve the public and to preserve the one country, two systems principle.”

Nip pointed out that authorities will examine if any civil servants break the declaration after signing it.

Punishment will be decided if one’s speech and actions are confirmed to be against the law or regulations. The circumstances, nature and the gravity of the case will be taken into account as well. He also stressed that they have a chance to appeal.

Nip sidestepped the question of whether civil servants can attend the June 4 vigil at Victoria Park and chanted the slogan “end one party rule”.

He said it depends on whether the assembly is legal and peaceful. Civil servants should also know they should not do anything which runs against the principle of “patriots administering Hong Kong”.

The official also said the government will look into the suggestion that senior civil servants including permanent secretaries should be banned from having foreign passports or right of abode of foreign countries.

Under the current system, civil servants are only required to be Hong Kong permanent residents, with no restrictions over their nationality. But the government can consider any suggestion which can ensure the smooth running of one country, two systems, he said.

Nip cautioned that any criticisms against civil servants should be based on facts.

State media slammed Vivian Lau Lee-kwan, Permanent Secretary for Food and Health, for not being “patriotic enough” when she failed to ensure Lennon Walls were taken down during the unrest. The pro-establishment camp also claimed her husband Chau Hoi Wai, Chief Executive of the Hong Kong Council of Social Service, was a “mastermind” of the unrest.

“All criticism and controversy should be based on facts. It is important to collect true information in order to avoid misunderstanding and affecting morale,” he said.
Add Comment