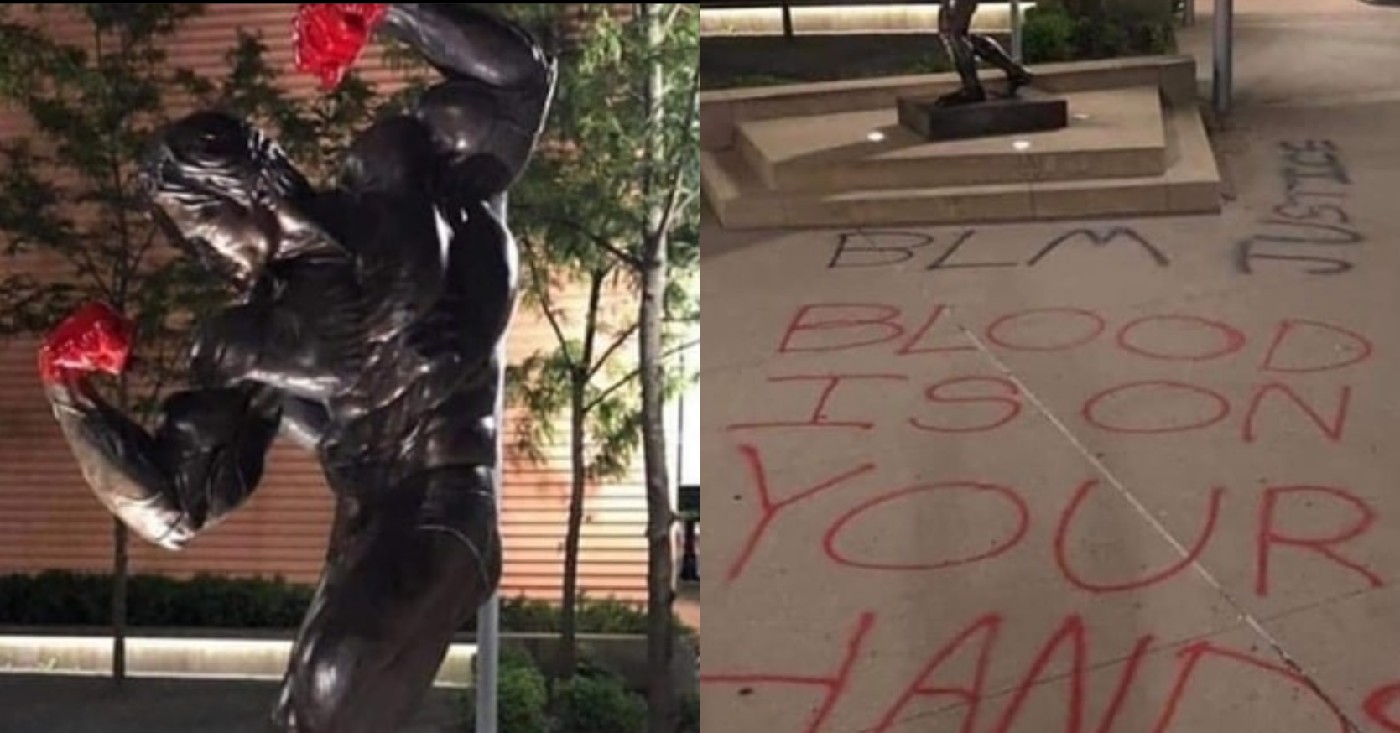 Arnold Schwarzenegger Statue Vandalized During Protests: 'Blood Is On Your Hands'

Arnold Schwarzenegger has been an advocate for equal rights in this country. That did not stop his statue from being vandalized in Columbus.

The United States is riddled with protests and riots in various cities, causing serious unrest in the nation. Now a statue of Arnold Schwarzenegger has been vandalized by some of these protesters in Ohio.

Following the death of George Floyd, caused by law enforcement in Minneapolis, tensions have been extremely high in the United States. All over the country, members of the Black Lives Matter movement, as well as others, have been protesting for justice in this situation. In some areas, these protests have been peaceful, where other locations have seen riots in the streets, with people vandalizing building and looting stores.

It seems that the latter of these types of protests have been going down in Columbus, Ohio. Recent photos have emerged, showing that the iconic statue of Arnold Schwarzenegger, located just outside the Greater Columbus Convention Center, has been vandalized. These vandals painted Arnold’s hand red, symbolizing blood, while also spray painting a message on the sidewalk next to it.

“BLM. Justice. Blood is on your hands.”
Add Comment